all4hunters.com explores the exhilarating sport of shooting high and fast driven partridge in the Spanish sunshine, and discovers Spain has a long history with the red-legged partridge. The first ever driven partridge drive took place at Ventosilla in 1884. Originally, partridge shooting was a sport only available to the likes of royalty and aristocracy. Over the years, with increased demand for varied shooting destinations and a keen interest from shooters overseas, private estates opened their doors and welcomed shooters from around world, and made shooting partridge in the warm Spanish sunshine a sport accessible to all. Spain has an excellent reputation for superb hospitality, food and wine, and shooters are very well catered for. 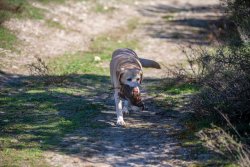 Depending on where you live, shooting in sunny climate is something you could only dream about but in Spain, the warm weather and Tapas is big part of the enjoyment of a shoot day. The days are long and relaxed with plenty daylight, typically starting around 10am, and after a morning’s sport, shooting parties enjoy an alfresco lunch then shoot beyond 3pm with dinner at 9pm. Spain’s topography is varied, and ideal for presenting high birds (often preferred by UK shooters) and the more traditional Spanish partridge drive of fast crossing birds. It’s not unusual to have up to six guns per shooter, as shotgun barrels get hot with all the fast and furious game bird action on each drive.

all4hunters.com asked the expert on shooting breaks in Spain

all4hunters talks to Tarquin Millington-Drake of Frontiers Travel, and asked him about shooting breaks. He told us, “Frontiers have been offering partridge shooting in Spain since the 1970s with well-known shoots in those days like El Palomar, El Crespo and Las Beatas.”

Shooting partridge in Spain looks great sport but is it suitable for all shooters, from novice to experienced? We asked Tarquin, he told us, “When I think about it, Spain is probably the best place to go for a team of guns which has novices all the way through to highly experienced and skilled guns in the same team. Some of the shoots can place people according to their expertise and experience for each drive.” Partridges are fast flyers and provide a very testing target, a snap shooting style may be required, and perhaps a familiarity with grouse and shooting way out in front.  Tarquin continues, “Spain is weak on in-country instructors, however, which is why the likes of Calvert Sporting spend a great deal of time there coaching and instructing in the field. Spain is ideal for all shooters but some shoots will be too high for the novice.” 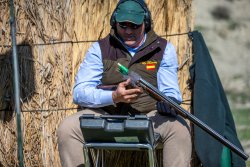 Spain is ideal for the lone shotgun shooter and also for groups. all4hunters.com asked Tarquin how individual guest guns requirements are catered for. “The majority of shooting is for teams or parties of guns who agree on the bags etc. but the estates also offer personal bags which allow one individual to shoot 100 birds a day and another 100 birds a drive to be in the same line of guns on the same day with zero stress because they each pay for what they shoot. This system works well and is very popular because nobody is paying for someone else’s birds!”

all4hunters.com asked Tarquin about his dream hunt. He said, “My passion is decoyed wood pigeon shooting in the UK. It has it all: days of reconnaissance of bird activity and flight lines, strategic planning for hide placement in terms of wind and where the birds are coming from, a very real necessity to not be seen, timing of when to commit and shoot as well as as-challenging shooting as exists anywhere in the world – all this with a very real purpose – crop protection.”

Subscribe to the Newsletter
This article is also available in this language:
DE
Click here for more information on the topics:
CultureHunting stories
That might interest you too: