Simulation: shooting at the "hot gong" with thermal imaging clip-ons at 100 and 200 meters – Watch our video

Hardly any other technology has changed the hunting market in recent years as much as thermal imaging technology. Numerous thermal imaging devices have come and are still coming onto the market and with the many new products the demands from the user are also increasing. The realistic estimation of ranges is of paramount importance for hunting success and safety when firing. That's why we made this simulation and recorded it for you in the video.

Especially if you misjudge the distance in the dark – and unfortunately this happens more often than you think – and you are not really aware of the ballistic properties of bullets, this can quickly lead to missed shots and difficult searches. 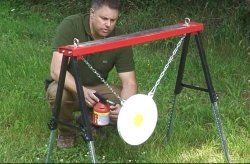 For day testing, the gong target was heated with a blowtorch.

For this reason, we wanted to know how the hit pattern changes from 100 to 200 meters using thermal imaging clip-ons. For this purpose, a gong target was heated with a blowtorch and positioned at 200 meters and later at 100 meters on a shooting range for control.

Our equipment for the test: thermal imaging devices from Nitehog and Steiner, optics from Meopta and Burris, rifles from Haenel and Beretta as well as ammunition from RWS and Sako. 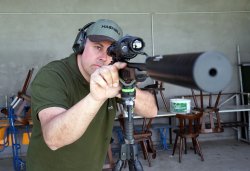 Haack, Mathias
Gero Wiese from Frankonia during our test with thermal imaging devices at 100 and 200 meters. The bullet drop at 200 meters should not be underestimated!

In detail: for our test at 100/200 meters, we used a Haenel Jaeger NXT in .308 Win. caliber. The scope came from Meopta, a MeoSport R 3-15x50 with parallax compensation. The scope used was the Nitehog Viper TIR-M35S, the adapter was from EP Arms, the RotoClip quick release adapter. The rifle was fired using RWS Target Elite ammo.

The second gun combo with which we conducted this test included a Beretta BRX1 rifle, a Burris Four Xe 2.5-10x50 scope, the Steiner Nighthunter C35 thermal sight and the Hausken SK156 MK II Xtrem suppressor. The caliber was also .308 Win, this time with ammunition from Sako, the lead-free Powerhead Blade.

First, both combos were fired with the thermal imaging clip-ons at 100 meters. For hit analysis, we used a wireless camera from Target Vision, the Marksmann model with a range of up to 275 meters. After the precision shots matched, the gong was positioned at 200 meters and brought to temperature with a commercial blowtorch.

For simulation purposes, we tested the hit position of the shot with the thermal imaging camera mounted during the day. Why? 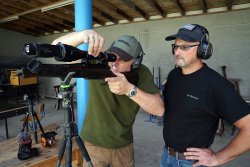 The first shot of the day was taken from a simulated sitting position over a shooting stand. With a 7x magnification, the first shot missed. Then on the second shot, Gero Wiese hit the gong. We chose the gong in a 25 centimeter version. This roughly corresponds to the lethal and immediately lethal area on a game body. When we switched to the night stalking simulation using the target stick – the difficulty was already much higher, because the reticle could not be held as steady as we knew it from the sitting simulation. Gero's first shot from this position was on target, but clearly too low. A follow-up search would have been inevitable with this shot. Gero's second shot from this position missed the target. This trend was confirmed, as I was also unable to place the first two shots on the gong with the Beretta BRX1 and the Steiner C35. When moving to the sitting position, the first two shots then sat close together. As the third shooter, these results were then confirmed by Gert Mürmann. Here, too, the hit performance in the classic sitting position was clearly better than over the target stick and, as with the first shots, the shots all hit somewhat low at 200 meters. A decisive factor is the secure fit of the mount. Please pay regular attention and check the fit of the mount and adapter. Especially the solution from EP Arms worked particularly well and reliably in our test.

All shots at 200 meters had a clear downward tendency. A good third of the shots, mainly from the night stalking simulation using the target stick, even were total misses. If one excludes the optimal conditions on the shooting range and transfers this scenario to the real hunting grounds, one must of course still include the physical fitness, lack of sleep, the bullet used and of course the behavior of the game in the evaluation. As you can see, hits at 200 meters are quite possible, the technology is undoubtedly capable of it, but the potential for error at this distance is so enormous that a responsible hunter should avoid such shooting distances and instead try to stalk closer to the game. In our control test at 100 meters, the hit pattern looked much better. First, we had no more misses and second, most of the hits were in the middle of the gong. 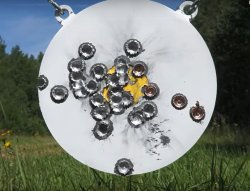 The gong target during the test. All shots at 200 meters had a clear downward tendency.

The differences in hit performance from 100 meters to 200 meters are striking. To deliberately shoot at 200 meters at night with thermal imaging devices without prior training would be very risky according to our findings from this test, because you would knowingly accept missed shots and searches.

Therefore, at this point we would like to point out once again: practice shooting with thermal imaging devices on the shooting range and familiarize yourself with the performance data of the bullet used.

The bullet drop at 200 meters is a relevant parameter. And remember: if you are hunting, you should always try to stalk as close as possible to game in order to place a safe, deadly hit.

Subscribe to the Newsletter
This article is also available in this language:
DE
Click here for more information on the topics:
NitehogOpticsHuntingBerettaSteiner OpticsMeoptaBurris OpticsCulture
That might interest you too: 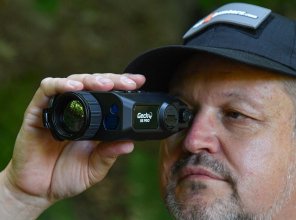 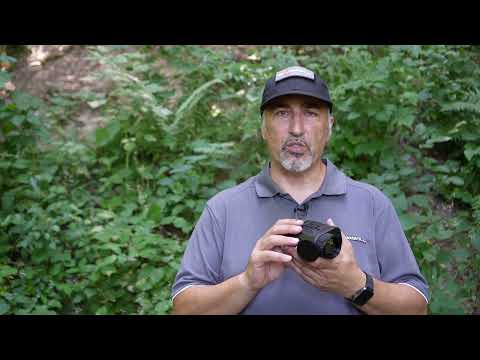 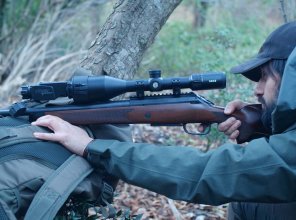 nitehog02/21/2022Hunting with the Nitehog Viper: practical considerations of the lightest and most compact thermal imaging optic 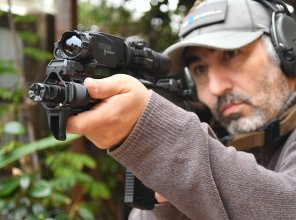 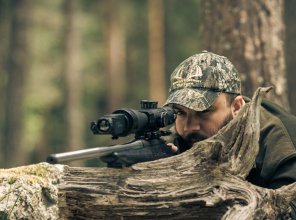 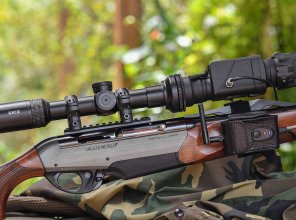 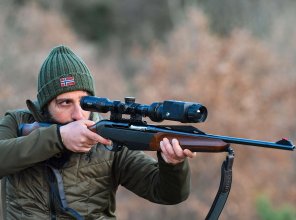 nitehog06/18/2021Nitehog TIR-M35 X-Core, a multi-purpose thermal imaging optic for increased accuracy and safety in many hunting and observation situations 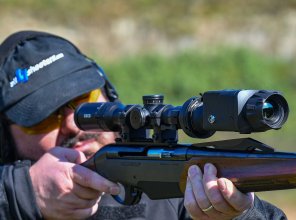