Straight-pull repeating rifles offer the hunter a great advantage: reloading takes only a fraction of the time compared to an ordinary bolt-action rifle. This allows for a faster, follow-up shot. With the Jaeger NXT, the German manufacturer Haenel is launching an innovative model featuring this action. Watch the video review.

The Jaeger NXT rifle is Haenel's latest top product. In addition to its sporting CR series semi-automatic rifles, German firearms manufacturer C.G. Haenel is best known for its Jaeger line of hunting rifles. This series has now been expanded to meet the current needs of hunters: the Jaeger NXT is a straight-pull repeater for hunting. The new rifle features two technical innovations, and Haenel places particular emphasis on sustainability during production. all4hunters.com took a closer look at the brand-new rifle.

Haenel addition to the Jaeger series: the new Jaeger NXT

© Haenel
Haenel has fitted a so-called torsion lock in the Jaeger NXT.

Haenel calls the bolt of the Jaeger NXT a torsion lock. This is a bolt in the classic sense, which is set into rotary motion by a bevel gear. Lugs then lock the gun action. According to the manufacturer, this technique has been known since Leonardo Da Vinci. On the rifle, this combines a straight-pull bolt-action with a well-known and proven repeating rifles bolt. Accordingly, Haenel comments, "It's crazy that no one has thought of this before".

Apart from a repeating function, however, the bolt handle has a second task: it serves as a manual cocking device. This is to solve the problem of the high force that is often required with hand cocking systems with thumb manipulation. On the one hand, the shooter can use his entire hand to cock the rifle, and on the other hand the lever effect is also effective, thus reducing the force to be applied. The chamber lock slide is designed to prevent unintentional cocking of the Jaeger NXT. This lock sits on the rear of the bolt and has three positions: on the far left, the gun can be opened but not cocked. In the middle position, the gun can be cocked and fired, but the chamber is locked. However, a shot releases it, so the shooter can then cycle the gun. In the right position, the gun is completely locked: neither cocking nor opening are possible. This would regularly be the position for stalking or tracking.

The magazine of the Jaeger NXT holds five cartridges, is removable and can be secured against falling out with the help of a catch. The trigger is single stage and pull weight is about 2.2 lb/1000 g.

© Haenel
The i-Sight system of the Jaeger NXT can be removed by the user. A muzzle thread allows the installation of a suppressor.

A thread designed for the Haenel JGR suppressor is located on the muzzle. The barrel of all model variants available to date measures 20”/52 cm in length and has a diameter of  0.7”/18 mm. The factory-mounted i-Sight sight can be removed by the hunter – for use with a night vision attachment, for example.

The Haenel straight-pull repeater comes with a wooden stock that is available in two variants: a standard version and a DS version. The latter is specially designed for use by hunters of smaller stature: operation and grip are optimized accordingly there.

Important for Haenel: sustainability with the Jaeger NXT

Haenel pays special attention not only to the technical features of the new Jaeger NXT, but also to environmental awareness. "True to Haenel's motto of 'back to the woods', we wanted to transfer the sustainability of the forest to a hunting rifle – and lo and behold, it works!" chief developer Lutz Morgenroth tells us. For this purpose, the company relies on an FSC wood composite stock. This is a technology that is also used in the construction of yachts. On the one hand, Haenel thus combines the advantages of a polymer stock with the feel and look of a wood stock. On the other hand, the material for this comes from birch trees from sustainable cultivation. This avoids the felling of much slower-growing walnut trees.

The plastic parts are also made from renewable raw materials: they all consist of a composite material made from cellulose and tree resin. According to Haenel, they are in no way inferior to conventional materials, but are much more environmentally friendly.

© Haenel
The stock of the Jaeger NXT is made of rapidly renewable birch wood and combines the advantages of polymer and wood.

The barrels of the Jaeger NXT: Green Barrel Technology for .308

At market launch, the Jaeger NXT comes in .30-06 Springfield and .308 Winchester calibers. The specially developed Green Barrel Technology is available for the .308 variant. Here, Haenel has optimized the inner contour of the barrel for the use of lead-free hunting bullets in many test series. This necessity is due to the external contour of lead-free bullets, which differs from that of lead bullets. However, chief developer Morgenroth clarifies: "This adaptation has proven to be accuracy-enhancing in practice. Incidentally, the barrel shoots lead ammunition just as accurately." Apart from the calibers initially available, according to information from Haenel, others are already in the pipeline.

With the Jaeger NXT, Haenel has chosen a promising but highly competitive market segment. Beretta (BRX 1), Savage (Impulse), Browning (Maral) and several other manufacturers are targeting precisely this segment with theit lates models. Currently, in addition to the classic of the segment, the Blaser R93, we count 11 other models of straight rifles. The buyer is spoiled for choice, and the manufacturer has a very large clientele, especially internationally, who have discovered this type of rifle for themselves. Especially fast follow-up shots are one of the top selling points. With a price of just under €2000, Haenel's Jaeger NXT is part of the game – even though it's not the cheapest offering on the market. What the target group would certainly like to see are more calibers. But these are already promised.

Our first impression: the overall features of the Haenel Jaeger NXT makes the rifle attractive not only for driven hunts, but also as a universal rifle. For example, for raised hide and stalking, where we can well imagine the gun. With its focus on the use of renewable raw materials, the manufacturer will score points with many environmentally conscious hunters.

The new model is already available from the end of November 2021 and comes for a reasonable MSRP of €1998.

Further information on the new rifle can be found on the Haenel website.

Subscribe to the Newsletter
This article is also available in this language:
DEIT
Click here for more information on the topics:
HaenelHuntingHunting RiflesRifles.308 Winchester.30-06 Springfield
That might interest you too: 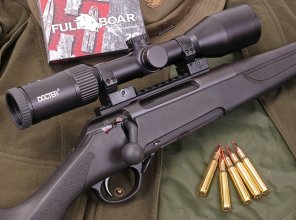 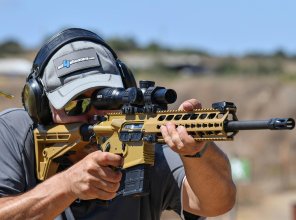 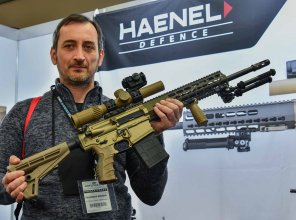 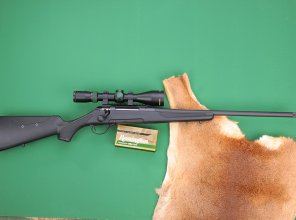 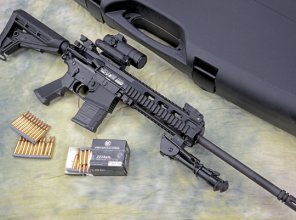 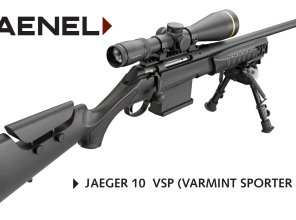