all4shooters.com had he chance to talk to Kirsty Hegarty, a British Trap clay shooter who recently won a Gold Medal in the MIXED TRAP TEAM competition at the ISSF WORLDCUP SHOTGUNS held in Lonato, Italy using a Caesar Guerini Invictus V Ascent Trap over-and-under shotgun. Have a look and enjoy...

On May 16, the 2021 World Cup too place at the Concaverde shooting range in Lonato, Italy. It is with great pleasure that we can report Kirsty Hegarty’s success in the Mixed Trap competition, with the Gold Medal won together with Matthew John Coward-Holley. A success for her, of course: However, she’s not new to great achievements in shooting sports. In 2019 - also together with her partner Matthew - she already won the Bronze Medal in the Mixed Team Trap event in Acapulco Mexico.

But that's also a great success for Caesar Guerini, which, thanks to the Italian manufacturer’s great guns, including the Maxus and Invictus over-and-under shotguns, has been able to carve out a role of absolute excellence, which is a source of pride for the entire Italian shooting industry. Congratulations from the team of all4shooters.com.

The international shooter and talent scout Kevin Gill realized Kirsty Hegarty's talent and immediately believed in her, introducing Kirsty to Caesar Guerini as a promising Trap shooter, and he was certainly right!

Kirsty is the first shooter to have achieved an Olympic Card with a Caesar Guerini shotgun: She has been shooting for several years with the Caesar Guerini Invictus V Ascent Trap 12 gauge model with a 76 cm long barrel and interchangeable chokes. Her gun mounts an Ascent type rib, which translates to an upper rib with a small ramp, designed to offer a better view and awareness of the target.

Who is Kirsty Hegarty?
Kirsty Barr (her birth name) was born in 1988 in Craigavon, as the daughter of the famous shooters Clifford and Sandra Barr. Kirsty attended Ballymena Academy and is an alumna of Queen Univesity, Belfast, where she studied Aerospace Engineering. While she is not at the range, she is working for Bombardier Aerospace, based in Belfast. On January 13, 2021 Team GB announced Kirsty Hegarty would be competing in the delayed Tokyo Olympic Games. She was the first confirmed Northern Ireland Olympian for the 2020 games.

For more information about her shotgun, please visit the Caesar Guerini website. 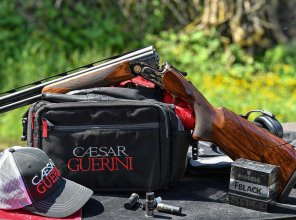 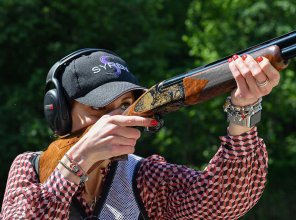 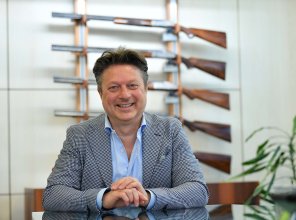 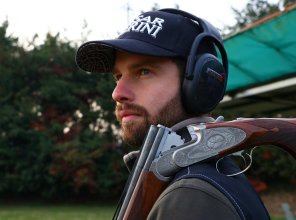