The Fiocchi Perfecta range of long range Match ammunition has been developed from a collaboration with the Italian Special Forces a few years ago. A result of the finest manufacturing techniques, the Fiocchi Perfecta is worthy of target shooters' highest expectations

The origins of the Fiocchi “Perfecta” ammunition lie in a project that had nothing to do with target sports. Quite the contrary, the aim of the project was to develop a special military cartridge named “EXO”. This special line was developed in collaboration with the Italian Armed Forces, looking for ammunition for snipers in various special units, which will remain nameless. The customer had some quite particular requests.

Packs of EXO ammunition, designed for the special forces' snipers of the Italian Army

A configuration perfectly suited to the characteristics of construction of certain weapons systems, offering the very highest ballistic performance in tactical situations where said performance must remain unchanged even in extreme environments.

To meet these requirements, Fiocchi Munizioni decided to set up a special department working hand-in-hand with its traditional production line, and after an exacting series of tests, what is currently considered the best sniper ammo had rolled out of the doors of this “Custom Shop” in Lecco.

This same laboratory produces the ammo we are reviewing, the trade name of which, “Perfecta” (Perfect), gives you an idea of the high esteem in which the manufacturer holds the product.

The production and packaging department 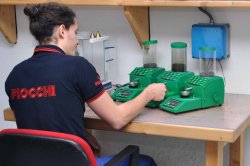 This special department is divided into two sections, one dedicated to production and the other to packaging.

In the first room there are various single workbenches, each of which is dedicated to one particular phase of cartridge production. The casings and bullets are inspected in the first of these, checked with various specialized measuring instruments.

At the second bench the cartridges are assembled. Note that these components, matched to specific propellant lots, come straight from the ballistic laboratory where the testing is done.

The propellant is dosed at the third bench using computerized dosing units equipped with scales and manual “case feeders”. The final measurements are made using equipment that can measure the dose down to one ten-thousandth of a gram. 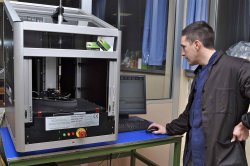 The bullet is inserted using commercial manual machine tools and single-stage custom presses made-to-measure on the basis of the specifications provided by the department head.

Once the ammo has been assembled, it is transferred to another inspection bench equipped with chamber throat calipers and instruments for dimensional control as well as random case-bullet checking. But the controls don't end here, as a certain number of cartridges are sent back to the “quality control” department for computerized dimensional control, then finally sent to the Official Test Team who test the product in the field. The lots are only approved and packaged after passing this last test. 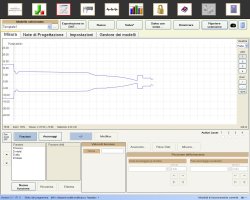 A screenshot of the laser dimensional inspection digital report

We are not usually interested in the packaging but, as our company guides told us, this stage is essential to guarantee the propellant is not contaminated by damp and temperature changes which could alter the characteristics of the powder, affecting the performance also in terms of precision repeatability.

Many of the components are subject to controlled preservation treatments, and the cartridges are assembled in air-conditioned labs.

Preliminary and final lab tests, as well as tests on the shooting range make it possible to produce lots of ammo which are identical. The cartridges are kept in a climate stabilization environmental chamber and then each lot is vacuum-packed in polymer film so every shooter knows the product is well preserved as well as well made. 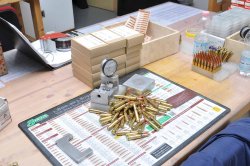 Until today, EXO and Perfecta ammunition have been assembled using foreign components and, as Riccardo Cassin emphasizes, this solution was chosen on the one hand because of the unquestionable quality of certain products, and on the other hand because the company was asked by the customer to use this solution.

In the future however, the company may start using its own bullets. 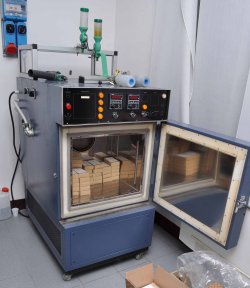 Before being packed, the ammunition is kept in the stabilized climate of a controlled environment chamber

This shows that one of the strengths of the Custom Shop is the ability to assemble the products meeting the very highest quality standards, and the strategy adopted by Fiocchi when setting up the structure favors flexibility so they can meet any customer's requests. Different types of bullets from various sources are currently used in the Perfecta cartridges.

For the .308 Winchester cartridges, American and European components such as the HPBT (“Hollow Point Boat Tail”) and both boat tail and cylindrical FMJ (“Full Metal Jacket”) are used, with bullet weights ranging from 167 to 200 grains. The same type are used for the .338 Lapua Magnum cartridges, but with 250 and 300 grain weights. The weight, V0 and ballistic coefficient of the bullets used, essential for calculating their trajectory, are printed on each pack and in the Fiocchi catalogue. 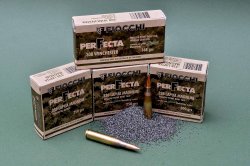 The choice of the propellant is one of the most important parts of producing precision ammunition, and for the Perfecta the manufacturer's primary objective was to obtain combustion characteristics similar to those of the powder used in the “EXO” line.

The performance parameters the “Custom Shop” works with are those on the development of pressure and the consistent behavior of the Perfecta ammo, both in the lab and in the field, and they proved to have exactly the same ballistic behavior as the EXO. 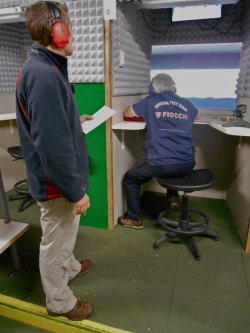 One of the authors taking note of the results while zeroing in a .338LM

The cartridge cases of the Perfecta line, made of 28/30 zinc-copper binary brass alloy, are produced using a rolling-punching process, then embossed and finished on a lathe.

C.I.P. dimensional technology is used to design these components.

The “Quality Control” department makes a first selection of the best components, allocating them to the EXO and Perfecta lines. The strictest selection criteria includes dimensional control tests, measuring the weight, the mechanical proprieties of the case after cold forming and finally the internal volume of the cases is checked.

The field test with the official test team 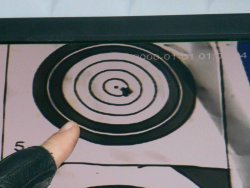 We used the EXO for the first time in the winter of 2013 during an experimental session to test the Accuracy International PSR English multi-caliber precision sniper rifle.

During this session, as the aim was to hit targets up to one thousand meters away and as we were using a new weapons system with various caliber barrels and a special rifling system, we decided to perform the tests in an indoor shooting range, to gather data which could be used to compare personalized ballistic tables. 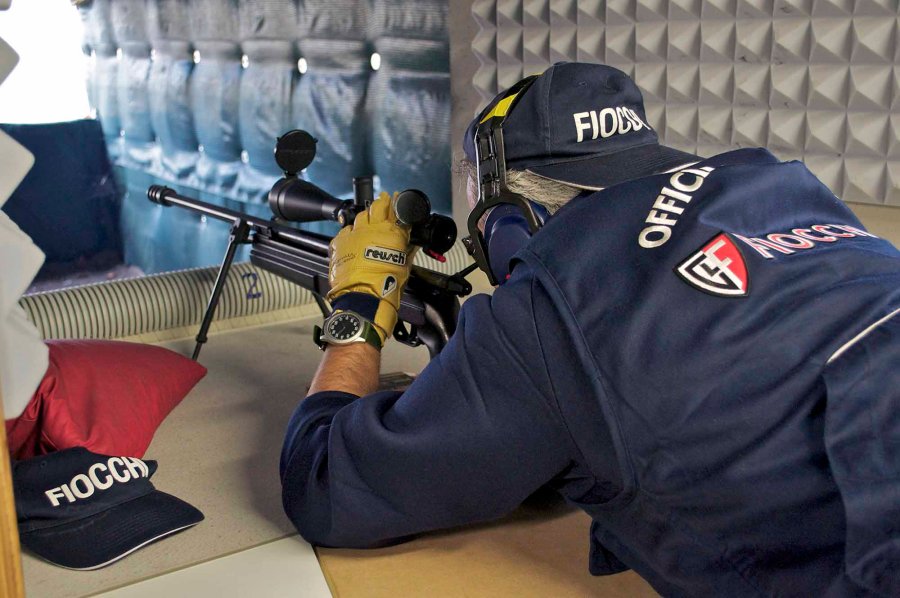 The tests started by zeroing in the guns at 100 m

It was here that were realized the Fiocchi ammo was extremely precise and reliable, offering constant performance regardless of weather conditions. 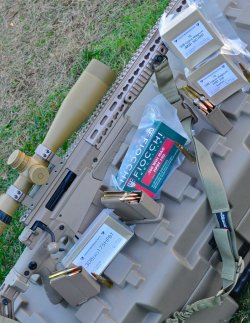 We could not miss a more in-depth test, this time performed in full collaboration with Riccardo Cassin and Giorgio Pagani of the Fiocchi Official Test Team, who asked us to analyze the similar product, Perfecta, for sports shooters.

The final test on these products was carried out at a private range set up by the champion marksman Renato Lamera - the “Cieli Aperti” firing range in Cologno al Serio (BG), with a target shooting range. This facility is known by the name of “Isola del Tiro” (Shooter's Island).

The aim of the experiment was to give a practical demonstration of the Perfecta ammunition, produced for civilians, which are just as good in terms of precision and consistent performance, as the cartridges produced for military snipers.

The test session, performed using weapons supplied by the Fiocchi armory, a Sako TRG 22 .308W and a TRG42 .338LM, confirmed everyone's expectations. We must say that once the guns had been zeroed in, the spread was in line with the manufacturer's official declarations, as all ammo/rifle systems had a dispersion of less than 1 MOA at 550 m, with the only exception being the Perfecta HPBT 168 308 Win (less than 0.5 MOA at 300 m) and the Perfecta Subsonic 308 Win (less than 2 MOA at 100 m).

Enthusiasts can therefore find a product of excellence in their armory, which really revolutionizes the concept of “match grade” ammunition.

The Perfecta is currently available in seven types of .308 Winchester cartridges, and three types of .338 Lapua Magnum cartridges.

Subscribe to the Newsletter
This article is also available in this language:
IT
Click here for more information on the topics:
Fiocchi.308 Winchester.338 Lapua MagnumAmmunitionLong range shootingPro-zoneSport Shooting
That might interest you too: 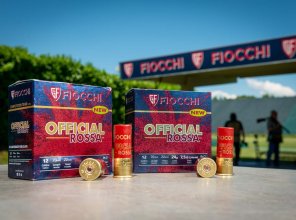 The newborn Fiocchi–Baschieri & Pellagri represents a more than 200 million euro group, with more than 800 employees and 3 manufacturing plants located in two continents. From the merger of the two companies, a leader in the ammo segment is now created. 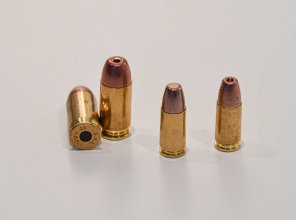 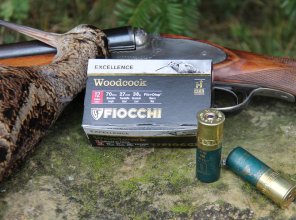 In the Fiocchi Excellence line dedicated to the finest game, there had to be a specific cartridge for hunting woodcock, one of the most-coveted prizes sought by hunters and their gun dogs. 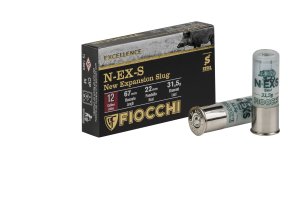 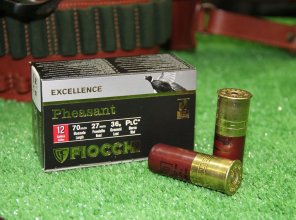 Pheasant is one of the undisputed stars of the beginning of the hunting season for hunter and dog alike, which is reflected in Fiocchi's dedicated cartridge from its new Excellence range. 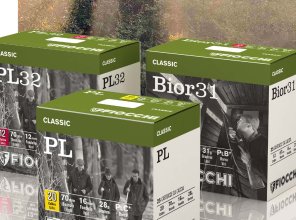 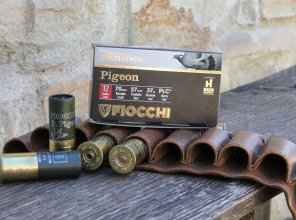 For wood pigeon hunters, the new Fiocchi Excellence Pigeon cartridges represent a reliable choice to carry for the various types of hunting techniques used with this game