With the Gamo Roadster IGT 10X Gen 2, we have a break-barrel air rifle on the market that comes up with modern sights and some interesting features. The great special feature is its multi-shot capability. We could try out the magazine-fed air rifle on the 10 m lane. 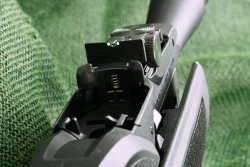 Wagner, Christian
In front of the rear sight with fiber optic inserts, the magazine loader of the Gamo Roadster IGT 10X Gen2.

Normally, the loading procedure for a break-barrel action air rifle is as follows: pull the barrel down to tension the spring, insert the pellet into the barrel and then close the rifle again. The Spanish manufacturer Gamo does this a little differently with the 10X series, because with this rifle they have a complete line of multi-shot break-barrel air rifles.

One of the latest offspring of this line is the Roadster 10X Gen 2, which is the subject of this article. As is often the case, the name already reveals a lot about the special features of this air rifle. The most important of them will be explained in detail here on all4shooters, before we will go on to the impressions on the shooting range and our conclusions.

The 10X in the name stands for the capacity of the gun: ten shots can be fired in a row without having to insert new pellets. The reloading capability is implemented by a rotary magazine, which the shooter inserts into the air rifle directly behind the rear sight. Using a sophisticated mechanism, a spring-loaded system then transports one pellet after the other into the barrel during the barrel cocking process.

Another highlight of the air rifle is the IGT system. IGT stands for "Inert Gas Technology" and describes the design of the powerplant. The Roadster IGT does not have the usual spring. A gas piston replaces it absorbing the energy during cocking. This is to minimize vibration, guarantee a more consistent power output and make the cocking effort easier. Furthermore, the system achieves higher velocity values – at least in the international versions. 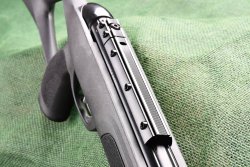 Wagner, Christian
The 11-mm rail of the Gamo Roadster IGT 10X Gen2 has room for a scope. The RRR-technology is to protect it against recoil.

And for this version, Gamo apparently also designed the pad at the rear end of the nylon stock. It is quite thick and can therefore absorb a lot of recoil. A special feature are three removable absorption cells that fill gaps in the pad. This allows the shooter to adjust the shooting comfort and recoil characteristics of the air rifle. The system is called SWA (Shock Wave Absorber) by the manufacturer. The testers found the behavior most pleasant when the pad is completely filled. The thumbhole stock itself is completely made of glass-filled nylon.

The user cannot adjust the cheek piece, even if the design suggests the feature. In the aiming tests, however, the sights were always well within the field of view for the average-sized testers. Likewise, the rifle also is also stable when aiming. The textured surface on the pistol grip and forend contributes to this. The testers were thoroughly impressed by this. 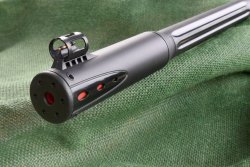 Wagner, Christian
The suppressed barrel of the Roadster IGT 10X Gen2, which is called "Whisper Fusion" at Gamo, is one of the visual highlights of the break-barrel air rifle.

On the top of the air rifle there is a 0.43”/11mm optics rail in addition to the fiber optic sights. This is the standard for air rifles and is also regularly found on rimfire rifles. This rail also got its own name from the Spanish manufacturer: RRR. This stands for "Recoil Reducing Rail" and is supposed to protect the optics against the recoil of the air rifle. A quite controversial topic, since this behaves differently than "normal" recoil. From the testers' point of view, the rail is a nice feature, but there is probably no need for it.

The same applies to the so- called "Whisper Fusion" sound moderator of the Roadster IGT 10X Gen 2, the effectiveness of which is controversial on break-barrel air rifles. Even if it subjectively modifies the shooting noise, an actual reduction can't be determined. However, the testers liked the appearance of the barrel a lot. The increased barrel diameter and fluting also help grip and handling during cocking. 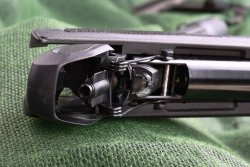 Wagner, Christian
Sophisticated technology: the spring-loaded system transports the pellet during the cocking process from the rotary magazine directly into the barrel of the Roadster IGT 10X Gen2.

With different pellets we went to the 10-m lane. Here the air rifle could be aimed at some cardboard targets and the pendulum box. First of all, the loading process: for this, the shooter must take the rotary magazine, insert a pellet and continue to rotate. The magazine locks in the respective position. This is easy and without the feared necessary dexterity. The magazine is then inserted into the corresponding recess and the loading process can begin.

Shooting is the same as you are used to from a break-barrel action, but without the need for intermediate, often annoying pellet reloading. Shooting performance proved to be satisfactory – some good groups were achieved. Shooting behavior was good, there was no trouble during the test. 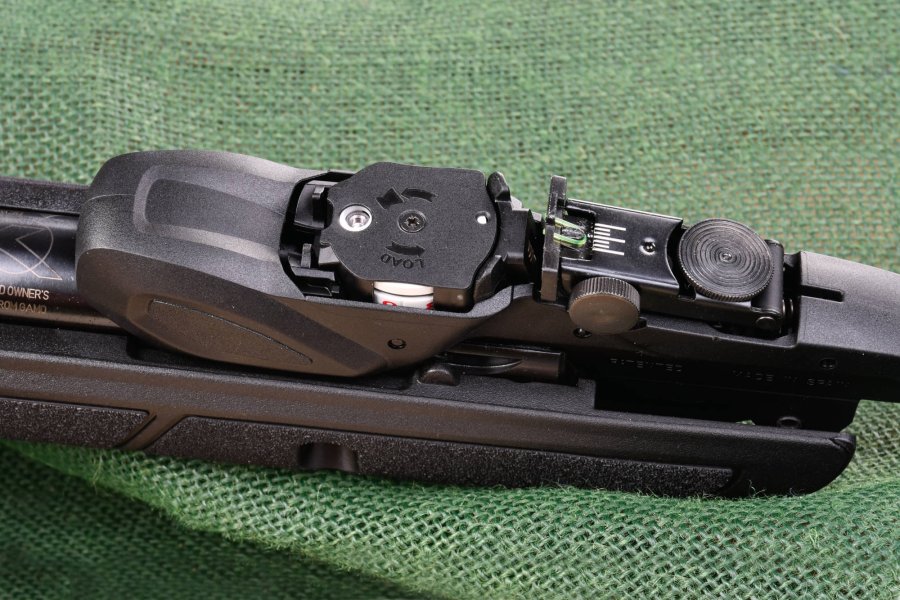 Wagner, Christian
Inserted and ready: with a full magazine, the Roadster IGT 10X Gen2 only needs to be cocked for ten shots.

The Gamo Roadster IGT 10X Gen2 proved to be a rugged recreational air rifle that succeeds in combining the advantages of break-barrel rifles and those of pre-compressed air models: no high follow-up costs, but still a quite high fire rate for action-packed recreational shooting. And for these reasons it is recommended in any case.

Further information about the Gamo Roadster IGT 10X Gen 2 as well as other air guns can be found on the Gamo website.

Subscribe to the Newsletter
This article is also available in this language:
DE
Click here for more information on the topics:
Gamo OutdoorAirguns4,5 mmRiflesTest4,5 mm
That might interest you too: 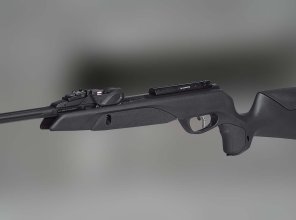 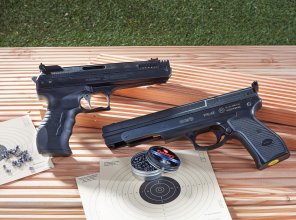 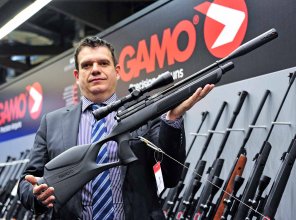