IWA 2018 / News from FOX: the Arditi dagger. A hundred years after one of the first elite force in history was officialy formed, Fox pays tribute to the Italian “Arditi” reproducing their famous dagger.

Formed in 1917 but officially established only the following year, the Italian Arditi were one of the first special forces of modern military history, playing a leading role during their brief existence in epic assaults and countless acts of heroism. 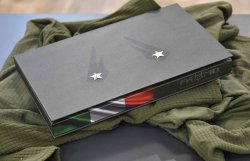 Franco Palamaro
The stars on the lid of the case containing the Arditi dagger with wooden handle. 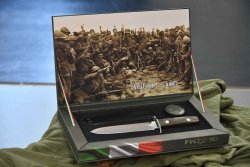 Franco Palamaro
Inside there is the dagger, the leather sheat, a badge and a nice picture.

Trained to a much higher level  than that of average troops, highly motivated and courageous, the Arditi contributed in a major way to the breakthrough of the Piave line, an episode that marked the irreversible defeat of the Austrian army.

One of the most recognizable and iconic weapons among used by the Arditi is certainly the dagger. Used with icy efficiency, in the narrow trenches it turned out to be a formidable weapon in close combat.

To make up for the stringency caused by war, more than 250,000 daggers were realized at the Terni arsenal shortening the now obsolete bayonets for the 1870 Vetterli rifle that were stored in large quantities.

The original dagger therefore had a blade about 7 in / 180 mm long, a wooden handle and a scabbard made by shortening the original bayonet's one. Subsequently, some variants were built that are extremely rare today.

These can be distinguished for some differences in the guard and the handle. In any case, the Arditi dagger remains a symbol of a long-gone era, when the courage of individuals and their ability in hand-to-hand combat could be decisive in winning a battle. 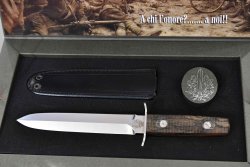 FOX Cutlery Arditi dagger replica was realized with the advice of Antonio Merendoni, a scholar and expert in Italian knife combat techniques who is also author of numerous publications on the subject.

The double-edged blade is 11.4 in / 29 cm long and is made of N690 stainless steel with a satin finish or a black coating.

The Arditi dagger is available in two versions: the first has G10 grips, a blade with a black finish and a Kydex sheath. The second version, richer and more scenographic, has Ziricote grips, a satin blade and is sold in a beautiful package, a real presentation case containing the dagger, the scabbard and an Arditi badge.

The price of the basic version with black blade and Kydex grips is 209 euro, while the presentation case version is 259 euro.

You will find all news from IWA 2018 at all4shooters.com.

Subscribe to the Newsletter
This article is also available in this language:
IT
Click here for more information on the topics:
Fox KnivesAccessoriesIWATactical
That might interest you too: fox-knives01/21/2021Fox Monkey Thumper, a quasi Karambit knife for everyone

Virtual SHOT Show 2021 / New from Coltellerie Fox: Monkey Thumper knife. The result of a joint venture between the Italian blade manufacturer and American Black Roc Knives, this mighty fixed-blade knife features elements of the Karambit but with a more versatile blade that can be more than suitable for hunting. 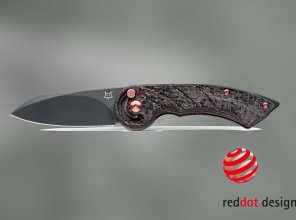 Another recognition for an Italian knife maker: FOX Radius, designed by Denis Simonutti, won the prestigious Red Dot Award, the most important international award for industrial design. We interviewed Simonutti: read on to discover more. 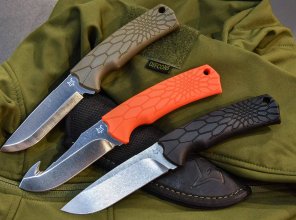 IWA 2019 / New from Fox Knives. Among many new products, the Italian Company also introduced a series of very light fixed blade hunting knives.  Design by Jesper Voxnaes, the American master knifemaker, they are cheap – but not done on the cheap. 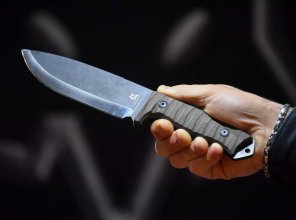 fox-knives01/26/2019FOX Knives, all the new products presented in Las Vegas

SHOT Show 2019 / New products from FOX knives. The Italian company introduced a series of new models ranging from the tactical Tomahawk to the revisiting of the gentleman's knife. Let's have an overview of some of these novelties, including the fascinating Bushman knife and the small and handy Skål that can also serve as a bottle opener. 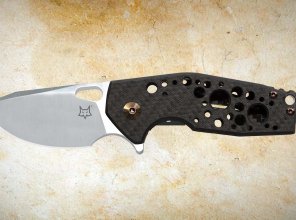 With its Suru frame lock knife, Fox Knives of Maniago (Italy) won the 2018 Overall Knife of the Year award at the Blade Show that was held in Atlanta, Georgia (USA). 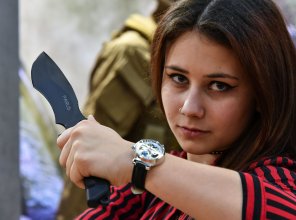 Survival knives are far from being out-of-fashion and Fox Cutlery has a say introducing the Parus, a robust fixed-blade knife with an "all black" finish 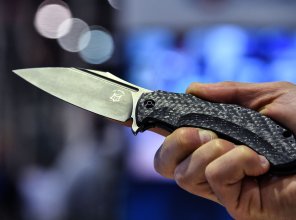 SHOT Show 2017/ New from FOX. The knife makers Fox presented a wide and very aggressive range of tactical knives at the American show, like this folding knife designed by the French designer Bastien Coves, known in the trade as Bastinelli. 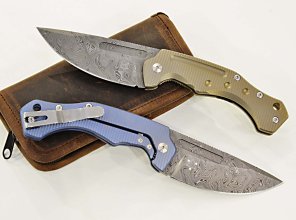