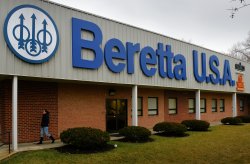 The Washington Post, photo by Bill O'Leary
The Italian company established its U.S. branch in Accokeek (MD) almost 35 years ago

We all already knew that gun control laws have no positive effect on public safety − as they only disarm law-abiding citizens for the joy of criminals − although anti-gun politicians, bureaucrats and media decided to blatantly ignore the facts.

Now, these very same anti-gun politicians, bureaucrats and media − particularly on the east coast of the United States of America − are soon bound to realize that gun control laws can also turn into a potential economic disaster.

They had been warned, indeed: in the wake of the Sandy Hook Elementary School shooting that took place in December 2012 in Newtown (Connecticut), a lot of State legislatures started to discuss anti-gun pieces of legislations. In response, a wide network of gun manufacturing companies announced that they'd relocate to other gun-friendly States should these laws pass in their home States − and indeed many did, amidst the wrath of anti-gun politicians such as the Governor of the State of New York, Andrew Cuomo.

However, the list recently grew up of another name, and that's one of these heavy names that can make the ground shake. We're talking about Beretta USA, the north American subsidiary of the historical Italian gunmaker, one of the biggest companies active in the firearms manufacturing sector worldwide.

Beretta established its north American branch in Accokeek (Maryland) in 1977; just like many other European gun manufacturers, it didn't had much of a choice, as several pieces of legislation passed in the United States from the 1960s onwards − starting from the 1968 Gun Control Act, and up to the 922(r) regulations of the 1980s − would have banned from direct import several pistol, shotgun and rifle models manufactured by the company in Italy.

As the years went by, the Accokeek plant grew increasingly important for the Company's operations. Currently at its historical peak, the plant employs 400 workers, who also engage in the manufacture of firearms that the Beretta Holding − now including brands such as Franchi, Benelli, SAKO, Stoeger, Burris, Steiner and Laser Devices − sells to the United States Armed Forces: these include the M9 service pistol (a.k.a. the Beretta M92-FS) and the M1014 Joint Service Combat Shotgun (a.k.a. the Benelli M4 Super 90).

The Accokeek plant was also the birthplace of several sporting, hunting and defensive firearms launched by the Beretta Holding on the global market in the past years; these include the Benelli Vinci shotguns, the Beretta NANO and PICO pocket pistols, and the Beretta ARX-100 modern sporting rifle.

Business has been quite good for Beretta USA in the past years, as the Newtown shooting and rumors of (real or just feared) incoming gun control caused a wave of panic gun buying that's still going on in the United States. In order to better meet the demand of the American market, in January the Company announced that 100 acres had been purchased at the Gallatin Industrial Area − in the State of Tennessee − and that a 160,000-square feet plant, worth 45 million US$, would be built there and ready to operate by mid-2015, as an ancillary to the operations that would proceed in Accokeek.

However, the State of Maryland is also a "blue" State, governed by tendentially anti-gun politicians; and immediately after the Sandy Hook school shooting, the Maryland legislature started to discuss pieces of anti-gun legislation that would strip the law-abiding citizens of the State of their rights to purchase, own and use certain types of firearms.

Halfway through last year, Mr.Ugo Gussalli Beretta − owner and general manager of the Beretta Holding − visited the Accokeek plant and spoke out asking the State of Maryland to respect its citizens' right to keep and bear arms, as guaranteed by the Second Amendment of the Constitution of the United States, as a form of respect for the Beretta's important investments that Maryland benefited from in the past years and up to date.

As usual, anyway, anti-gun élites decided to ignore this polite request, and carried on with their legislative plans that would forbid the sale, the possession, the manufacture, the storage and the import of certain firearms within State boundaries.

Beretta USA gave its final words on the matter six days ago, in a press release that was immediately re-launched by the American gun-related media. Words came from Jeff Cooper, Beretta USA's general manager, and were indeed all but enthusiastic. 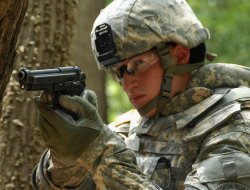 “During the legislative session in Maryland that resulted in passage of the Firearm Safety Act of 2013, the version of the statute that passed the Maryland Senate would have prohibited Beretta U.S.A. from being able to manufacture, store or even import into the State products that we sell to customers throughout the United States and around the world.  While we were able in the Maryland House of Delegates to reverse some of those obstructive provisions, the possibility that such restrictions might be reinstated in the future leaves us very worried about the wisdom of maintaining a firearm manufacturing factory in the State. While we had originally planned to use the Tennessee facility for new equipment and for production of new product lines only, we have decided that it is more prudent from the point of view of our future welfare to move the Maryland production lines in their entirety to the new Tennessee facility,”

As reported by local media, Beretta USA will maintain its administrative and corporate headquarters in Accokeek, moving its entire production line in Gallatin (Tennessee) as soon as the new plant will be ready; the Accokeek plant will continue to manufacture firearms for the United States Armed Forces until these contracts will be honored.

The Gallatin plant is slated to employ up to 300 workers; the current workforce from Maryland will be given the possibility to maintain its workplace by moving to Tennessee along with the Company.

With Beretta USA's departure, the State of Maryland says goodbye to one of the State's major industries and an important governmental contractor.

The loss of workplaces and fiscal incomes may backlash on the future balance of the Maryland State legislature; but the first and most direct consequences of the careless work of anti-gun politicians will fall upon the heads of the citizens of Accokeek − a 10'000 inhabitants town to which Beretta meant basically everything for 35 years. 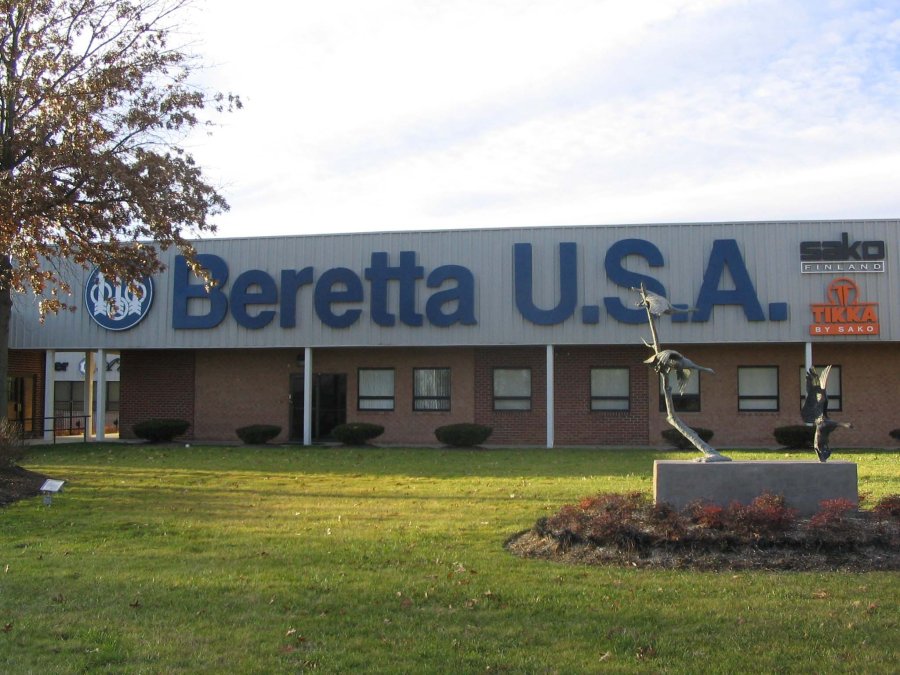 The Baltimore Sun
Beretta USA is slated to maintain at Accokeek its corporate headquarters and administration offices
Subscribe to the Newsletter
Click here for more information on the topics:
Generic News
That might interest you too: