Terzilio Belladonna was a gunsmith from Perugia, Italy, to whom we can trace back a side-by-side shotgun with a strong personality and the long recoil semi-auto shotgun that we are dealing with in these lines. We found one in the Fratelli Poli's shop windows, in Gardone Val Trompia.

When you go looking in gun shops sooner or later you'll inevitably find guns we have almost lost the memory of, but that in some cases were innovative products for a more or less short time, or simply were an alternative to brands that have become great classics over the years. During a visit to the Fratelli Poli's gun shop in Gardone Val Trompia, Italy, we happened to notice in a window a semi-auto shotgun featuring an elegant yet simple design and we asked permission to handle and photograph it. Here is a brief history of the Belladonna semi-auto shotgun.

The Italian gunsmiths are a large group that includes Zanotti, Toschi, Cortesi, Cassani, Stanzani, Zaccaria, Biscuso, mostly based in Emilia-Romagna but also in other places: Rodolfo Cosmi in Ancona and Terzilio Belladonna, the protagonist of our notes, in Perugia. I have certainly forgotten many of them: the Italian school has produced remarkable guns. The latter two of my list, unlike the first ones who built side-by-sides, over-unders and some special guns – let us remember Cortesi's three-barelled gun – dedicated themselves to semi-autos. The Cosmi's one features original mechanics and is perhaps the only semi-auto shotgun that can aspire to the rank of fine gun, while Belladonna, who manufactured side-by-sides with a strong personality that are easy to recognize at first glance, designed a refinement of the Browning action to which he added a taste of Italian beauty that gives the gun a peculiar elegance. 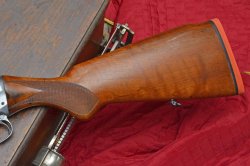 G.B., © G.B.
The stock is good walnut with the veins correctly arranged to better absorb recoil.

It is the same action as used by many industrial and craft manufacturers. The names are well known: immediately after Browning that started the cycle there are Franchi, Breda, Cosmi and, in fact, Belladonna. The reason for using such complex but reliable mechanics is soon said: Browning's patent dates back to 1900 but the project dates back to 1898. Semi-auto guns were in their infancy and they had to be safe. The Mauser C96 was on the market and Georg Luger's fragile creature still had to see the light. You must think that the long recoil was a popular solution, so much so that Frommer used it in 1910 for a gun that fired the weak Frommer 7.65 cartridge. Although it may seem that the large amount of moving masses can adversely affect the stability of the gun on the firing line, it should be considered that the "Browning system" guns were never light: what they sought was sturdiness and durability, not lightness.

The semi-auto shotgun and the industry 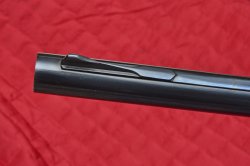 G.B., © G.B.
The elegant back sight is soldered for a long stretch.

It is the most suitable gun for industrial production. It is said to be the most complex shotgun to develop and at the same time the easiest to produce in quantity and at low cost. Curiously enough, since old Europe was fond of double-barrelled guns, most of the production was sold in the United States, which were fascinated by the possibility of industrial production, so that already in 1905 Remington agreed with Browning for production under license. Only three years had passed since the introduction of the Auto-5 on the market and not many others had to pass before Winchester changed its mind on semi-autos and circumvented the Mormon's patents. The latter also made it possible to produce the Auto-5 from 1902 to 1998, practically a record for a smooth-bore gun. No shotgun could remain in production for 96 years if it's less than excellent.

The semi-auto by Terzilio Belladonna

The first Terzilio Belladonna's prototype dates back to 1939. The gun, which went into production, won a gold medal from the Chamber of Commerce of Perugia in 1957 and was manufactured in about 900 pieces, assembled and finished by hand in the shop located in Via Guardabassi 2, in Perugia old town. The 900 pieces were not the only ones, since when Belladonna died the patent was given to the “Germano e Benzoni” company from Bergamo, that certainly produced some guns. Until when, we don't know. The total number of guns manufactured by the Bergamo company is uncertain too. 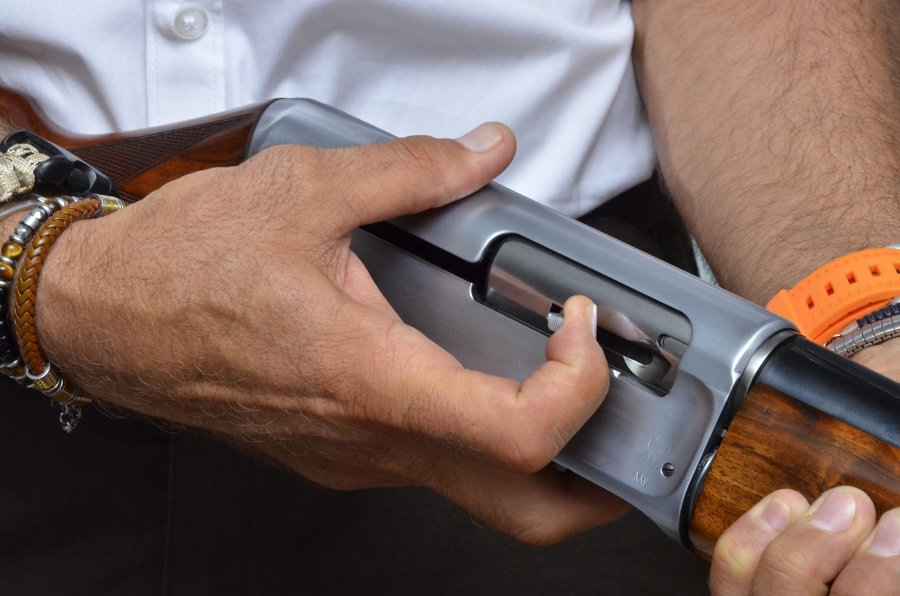 G.B., © G.B.
The cocking handle is checkered and can be easily operated even with sweaty hands or gloves. Once released, it goes back into the bolt body.


Belladonna's shotgun can be recognized at first glance. In fact, long recoil semi-auto shotguns always feature a more or less pronounced “hump” on the upper frame, essential to house the backward movement of barrel and bolt, which extends beyond the length of the case to allow ejection and the feeding of a fresh cartridge. The most evident example is Browning's Auto-5. In Belladonna's rifle, the connection between frame and stock is such that the upper hump passes almost unnoticed. Elegance is indisputable and is underlined by a slender barrel, equipped with a thin full rib, and by the graceful design of the soldered back sight. The gun is lighter than other steel-framed long recoil semi-autos, the handmade finish is superb and disassembly is easy for maintenance. The safety is at the back of the trigger guard, as introduced by Remington and then also imitated by FN.

Another peculiarity of the Belladonna semi-auto is the retractable cocking handle, which strongly characterizes the central assembly of the gun.

For those who want to know more about this gun, the 12 gauge Belladonna semi-auto with 65 cm Supervelox barrel in Cogne steel is currently on sale by the Fratelli Poli, www.fpafratellipoli.com

Subscribe to the Newsletter
This article is also available in this language:
IT
Click here for more information on the topics:
F.lli PoliShotgunsSemiautomatic shotguns12 (gauge)
That might interest you too: 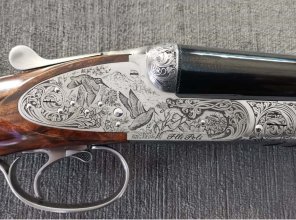 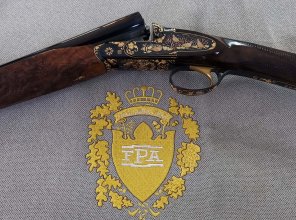 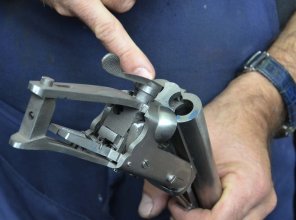 flli-poli04/02/2020Video: the secrets of hunting shotguns. What do the terms "monobloc barrels" and "demibloc/chopper lump barrels" mean? 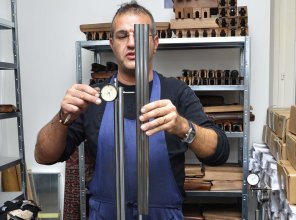 flli-poli12/15/2019Mind, hands and heart: the secrets of guns with Fratelli Poli 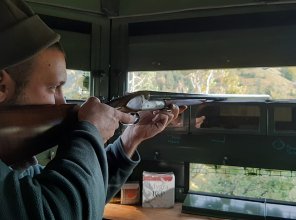 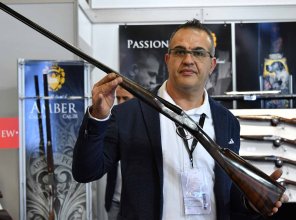 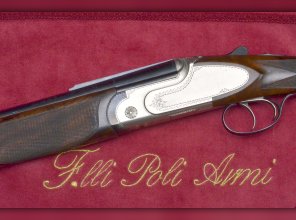 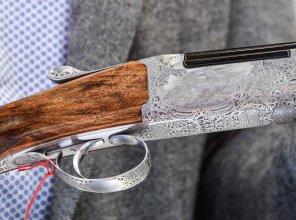