There’s no more exciting or challenging way to hunt muntjac than to stalk them by sound. Listening out for a barking muntjac and then creeping up to it in dense cover without it first spotting you requires fieldcraft of the first order, plus a big slice of good fortune. Chances to hunt muntjac in this way come only rarely, but if you get the opportunity, then grab it with both hands.

Muntjac were not called ‘barking deer’ for nothing. Originating as they do from the dense forests of south east Asia, they evolved to communicate by both scent and sound, and occasionally a buck will announce his presence with a repetitive territorial bark that can continue for half an hour or more. When conditions are right and when the wind is in your favour, it is sometimes possible to stalk right in to a barking muntjac and get a shot before the animal realises that it is in danger. 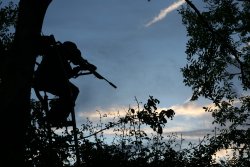 Evenings in a high seat can be very productive. On average, muntjac are on the move for more hours at the end of the day than they are in the morning.

All my successful attempts have been made in late winter or very early spring, when the woodland understorey is bare enough to make it possible to glimpse a muntjac through the undergrowth at maybe 60 metres. You also need to know the ground very well indeed, enabling you to identify where exactly in the wood the barking is coming from and so to plan your approach.

One morning in March I found myself on one of my favourite woods when not one but two bucks started barking, challenging each other in a territorial dispute. Luckily I was downwind of them and I immediately pinpointed them to an area of old hazel coppice beside a release pen. One bark was the deep sound of a mature buck, while the other was a much higher note, perhaps a young animal testing the territory of his older rival. 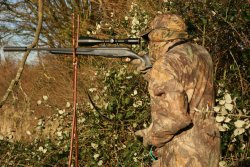 Calling muntjac. I am fully camouflaged with a good dense background behind me. I have the rifle set up on sticks, and am working the Buttolo call with my left hand.

I covered the first 250 metres quickly and quietly, but as I got to within 80m of the release pen I dropped my speed to dead slow, checking through the bare brushwood with every step and hoping that the barking would continue. The younger animal was in too dense a thicket to make stalking him viable, and I realised that I would have to get past him in order to reach the more open coppice where the deeper voice was coming from.

With infinite care and in total silence I passed the thicket and from the edge of the coppice I searched systematically with my binoculars, eventually catching a flicker of movement some 70m away through the bare hazel stems.

It was the old buck, walking around in a circle, barking as he did so. Cautiously I raised my rifle on the sticks, waited for him to come broadside and squeezed the trigger. At the explosion all barking stopped and the wood went quiet again. It was the end of the line for that veteran old buck, with his torn ears and scarred face, but it was a triumph for me, and it remains one of my most memorable stalks at this fascinating quarry. 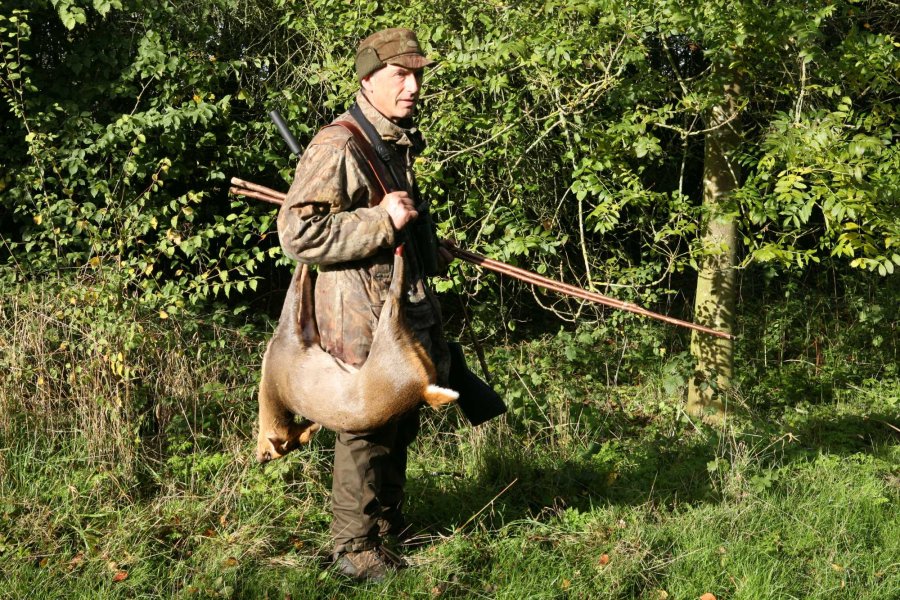 I have made myself a leather strap which enables me to carry a muntjac over my shoulder.

Who is our author Graham Downing ?

Graham Downing is a regular contributor to Shooting Times and The Field, and is editor of ‘Deer’, the magazine of the British Deer Society. He is a Vice President of the British Association for Shooting and Conservation and Shooting Consultant to the Countryside Alliance. He is a passionate muntjac stalker and is author of ‘Stalking Muntjac – a complete guide’ published by Quiller Books. 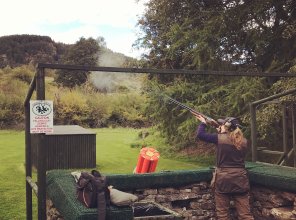 Judith Hogg grew up in the Scottish countryside and was used to being around guns but after reconstructive surgery she was nervous of the pain and couldn’t relax so she stopped shooting. Years later, she is back shooting clays and game, and has shot her first stag. 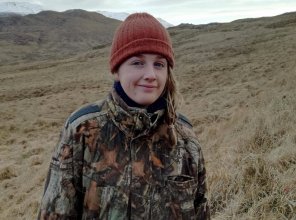 India Annand is an Australian based in the Highlands of Scotland, and started deer stalking earlier this year. She enjoys being outdoors, deer stalking and learning about where her food comes from, using the meat and antlers. Cooking with game is a passion for India, she enjoys experimenting with recipes. 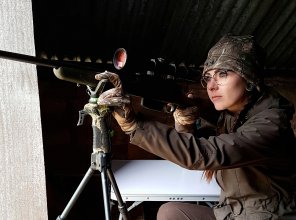 Chelsea Leigh moved to the UK from Los Angeles in 2013 to complete her master’s degree in forensic anthropology. After receiving her degree, Chelsea settled into village life with her partner, and has been absorbed in learning about British wildlife management, and is a volunteer with the local police for humane dispatch. 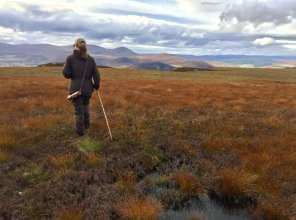 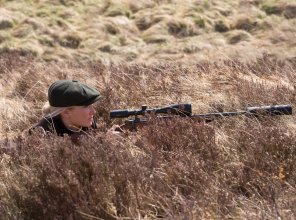 Marina Gibson is an internationally-known lady angler, based in Yorkshire. She grew up in a shooting and hunting family and enjoys game and clay shooting, and deer stalking. Passionate about the outdoors, she has stalked deer in the Highlands and also near her home. 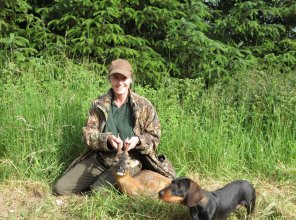 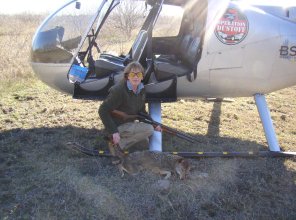 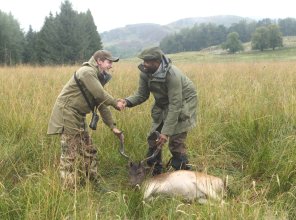 The UK is popular destination for hunters and shooters from around the world. There is a wide selection of quarry species including game birds and five types of deer. Each species has an open and closed season and being prepared and equipped to hunt over a diverse and challenging of habitat is essential.