Leupold Patrol 6HD 1-6x24: a variable scope with low magnification – and a lightweight one to boot

The U.S. manufacturer Leupold has added the Patrol 6HD model to its range of riflescopes, intended for short and medium shooting ranges. In the simple 1x magnification, it also serves as a red dot aiming device, which helps in driven hunts, for example, as well as in dynamic sport shooting. The team from all4shooters.com tested it: What does the compact Leupold 1-6x24 riflescope offer in practice?

In terms of technology and quality, the new Patrol optics belong to Leupold's premium 6HD series, as the model designation already indicates. For the U.S. manufacturer, "6" stands for the six-fold zoom factor of the associated riflescopes, "HD" indicates the high quality of the lenses (high definition – high resolution). As with the typical Leupold riflescopes of the 6HD series, the Patrol also works with a reticle in the second image plane: the reticle always appears the same size at all magnification levels, distance estimation with reticle holdover marks only works at the highest magnification setting. Leupold calls the reticle of the present specimen FireDot Duplex: four thick bars taper towards the center. Leupold invented it, and it's been the most common reticle in the United States for decades, so it's a proven universal solution. The FireDot refers to the small red dot in the center. It can be adjusted in eight brightness settings and, on the 6HD Patrol, shines against a bright background at the highest level even in the best daylight.

You don't switch through the brightness settings operating a dial, but rotating a knob mounted on the left side of the main tube. The knob is also responsible for the complete switching on and off of the illuminated dot. And if you follow the instructions, when mounting any Leupold HD6 with illuminated reticle, it also serves to line up the scope in the mounting rings: when the red dot flashes in this specially selectable leveling mode, the 6HD optic is tilted more than one degree. By the way: if you leave the FireDot switched on, it switches itself off after five minutes when the gun is motionless. After that, the red dot automatically comes back to life at the slightest vibration of the optic, naturally at the last brightness level set. This saves power and extends the operational readiness of the illuminated reticle. The manufacturer itself states 1000 hours of continuous operation at medium brightness and 300 hours at maximum intensity. At lowest magnification, the Patrol has true single magnification, so at 1x you can also aim with both eyes open. For quick magnification adjustment, a short, non-slip knurled throw lever on the adjustment ring helps with handling. For a law enforcement/military, defense or hunting optic, the relatively short lever seems to be a practical compromise, after all: it should not protrude too far and get caught everywhere in use. Sportsmen may want an even longer lever. For those who want to do without this throw lever completely, it is screwed on, and a flat thread protector as an alternative is included. 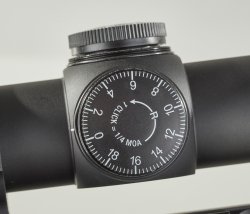 Marcus Heilscher
The tested version of the Leupold Patrol has flat elevation and windage adjustment towers protected by screw caps.

And how does it shoot like that? Fine, and that's how it should be in view of the quite high price. The picture is true to color, sharp, and that of course also up to the edges. On the highest setting, the red dot is actually still brilliantly bright even in the best light and in front of a bright background. A disturbing tunnel effect did not occur. The generous eyebox corresponds to the price class, especially at simple magnification, the Patrol 6HD allows a fair amount of leeway to move the eye behind the eyepiece sideways as well as back and forth before you see "black". And because Leupold restrains itself with the dimensions of the eyepiece and the turrets, you also have plenty of room around the scope for quick target acquisition with both eyes. The turrets click smoothly and provide good tactile and audible feedback.

What stood out particularly positively during the test on the Beretta Cx4 Storm carbine is the short design of the Leupold Patrol. Unfortunately, not every scope in the 1-6x range fits between the protective "ears" on the rear and front sights of the Cx4. Where is there still room for improvement? Just over 40 meters field of view at 100 meters at the lowest magnification, there is still room for improvement. Some competitors from Europe and overseas also offer values around 42 to over 43 meters for their 1-6x24s – but they are usually more expensive than the Patrol. The magnification ring needs a rotation of 180 degrees from 1x to 6x and gets a bit tight even at moderate outdoor temperatures. Reticles are purely a matter of taste. For normal patrol duty on a police carbine and of course hunting, the FireDot Duplex appears to be very well suited. For dynamic such as IPSC or 3Gun, some sport shooters will want custom reticles with discreet holdover marks. So possibly rather a few less reticle marks than in the CM-R2 reticle. 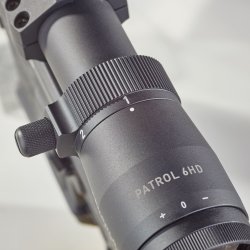 Marcus Heilscher
The short  throw lever on the magnification ring of the new Leupold Patrol 6HD 1-6 x24 can also be unscrewed if it is not needed.

The present variant with the flat ¼-MOA turrets covered by protective caps and the FireDot Duplex reticle  is less expensive than the second variant, the CDS-ZL2 CMR2 priced at 1,899 euros. The latter offers the reticle "CM-R2 Illuminated". This is a reticle with additional markings for crosswinds as well as holdover marks for bullet drop up to 900 yards. Not the entire reticle is illuminated, but the fine dot covering 0.5 MOA in the center and the surrounding upside-down "C", with a total width of 6.1 MOA.

The second difference is the elevation adjustment. This is also done in steps of 7 mm (1/4 MOA). But with this Patrol riflescope, Leupold uses the freely accessible "Zero Lock 2" (ZL2) elevation turret. With this turret design, elevation adjustment takes place over a maximum of two complete rotations of the turret. To prevent accidental adjustment, a button is integrated – the adjustment lock is only released at the push of a button. For those who like the ZL2 turrets in all situations, this would be Leupold's riflescope option number 3: the quite "normal" Leupold VX-6HD (1-6x24, 1,899 euro), which is actually more suitable for hunting, has the ZL2 adjustment turret not only for elevation, but also for windage. The VX-6HD (without "Patrol") is only available with the FireDot-Duplex reticle. Otherwise, there is not much different compared to the two Patrol variants; the eyepiece ring is gold-colored instead of matte black and the (unscrewable) throw lever is longer. In contrast to older VX-6HD 1-6x24s, the current models come with click adjustment in ¼-MOA steps (7 mm), not as before with click steps of 10 mm each.

Our conclusion: how did the Leupold Patrol 6HD perform in the test?

Leupold's Patrol 6HD made a very good impression in terms of quality, and the prices are okay in relation to the optics and features offered. The slim, short design and the low weight are very appealing, but more than 40 meters would be helpful for the field of view.

Subscribe to the Newsletter
This article is also available in this language:
DEIT
Click here for more information on the topics:
LeupoldHuntingOpticsRiflescopes
That might interest you too: 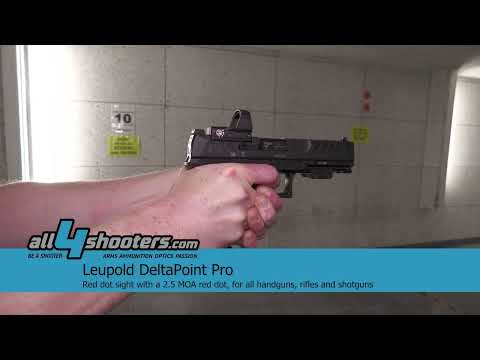 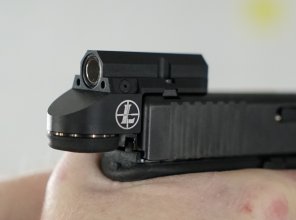 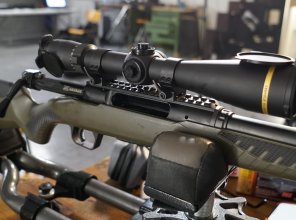 leupold06/06/2021Leupold driven hunt optics – What is available on the market? 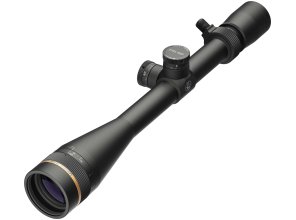 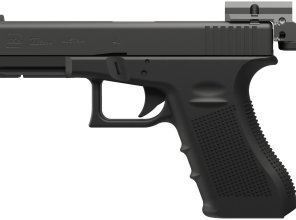 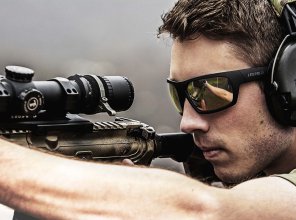 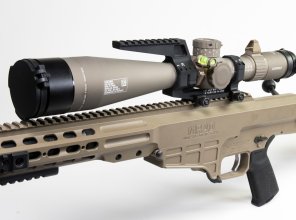 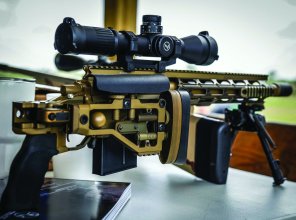