In a press conference at the company's headquarters in Gardone, Italy, Sabatti introduced today the new Tactical EVO bolt-action rifle. all4shooters.com was live on site to collect the first impressions as well as photos and first videos of the new gun for you. Read here why this model is so innovative. It's available now! Watch our video-test too.

A contribution from Franco Palamaro / all4shooters.com10/18/2019 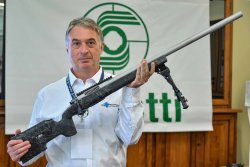 Franco Palamaro, © F.PALAMARO
This is the Sabatti EVO Tactical Chrome in .308 Winchester

The Sabatti Tactical EVO is a completely new gun and not a simple restyling, hence the name Evolution. It is a long-range sports rifle for professional use, with top-level features and world record potential. It uses a new fully floating dedicated action, suspended above the stock by means of two supports which eliminate stress. The bolt is also new, with a three-lug head, a 60° fast opening and an interchangeable knob. The barrel features the MRR multiradial rifling and a threaded muzzle, so it's suppressor-ready. The composite Nylon stock has been redesigned to accommodate the Tactical EVO action, with adjustable recoil pad and cheek rest.

The Sabatti Tactical EVO rifle will be available in three versions, the Tactical EVO Black, the EVO Chrome and the EVO US. The latter, instead of the Sabatti standard magazine, uses an AICS-compatible magazine and features a 22” / 56 cm long barrel, compared to the 28” / 71 cm of the other two versions.

The available calibers of the Sabatti Tactical EVO are:

All prices have been announced during the press conference and may vary depending on product configuration and VAT rate in your country. 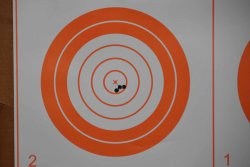 After a couple of adjustment shots, to get used to the gun and its features, we were able to print a great 13mm group. The three-lever trigger, set with a release weight of 6-700 g, is absolutely excellent, breaking like glass; recoil is relatively mild and not too tiring, also due to the considerable weight of the gun. The bolt handle is comfortable to use and the bolt travels in the action with a silky and buttery feel, yielding a smooth spent case extraction and sure fresh round feeding. Soon we will receive a sample and be able to perform an in-depth test and review of this new rifle, but we can already tell that the Sabatti EVO Tactical is one darn fine gun.

Further information about the Sabatti Tactical EVO can be found on Sabatti website.

Subscribe to the Newsletter
This article is also available in this language:
DEIT
Click here for more information on the topics:
SabattiTacticalRiflesLong range shootingLong range rifles .308 Winchester.300 Winchester Magnum
That might interest you too: 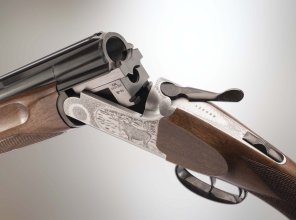 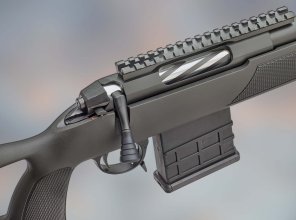 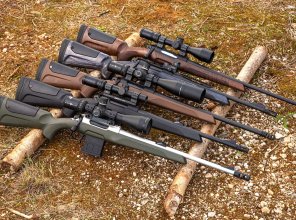 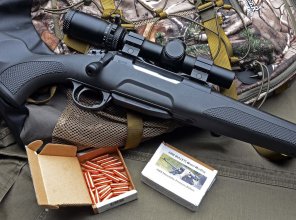 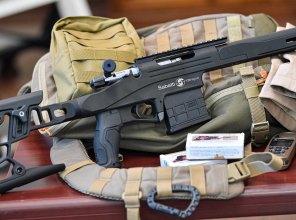 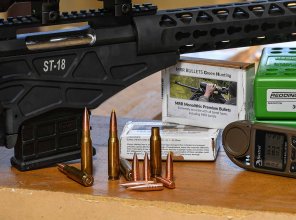 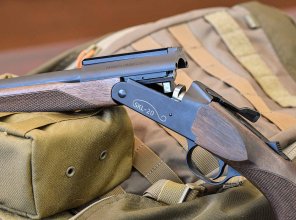