The Helion 2 XP50 thermal monocular from Pulsar is the second generation of the most versatile thermal camera offered by the European manufacturer. Building on the impressive feature set of the Helion platform, the Helion 2 XP50 adds groundbreaking 40mK sensor technology and engine redesign – and we will discuss in detail how much the NETD value impacts the unit’s performance.

Earlier this year, Pulsar announced here that it introduced groundbreaking new microbolometer thermal imaging sensors featuring an unprecedented 40mK or better NETD. We recently tested one of the products featuring this technology, the Accolade 2 and experienced the improvements and added features to the thermal processing engine, namely the Image Boost technology. Today, we take a look at the most versatile of the trio of Pulsar’s flagship products featuring the improved sensor technology: the Helion 2 XP50 thermal monocular.

First, let’s take a look at the device itself...

The Helion 2 XP50 is essentially the second generation of the Helion top of the line model. Not much has changed outwardly from the previous model, except a blue Power-On button and the ID label. The Helion 2 XP50 features a f1.2/50mm focal length objective lens with specially coated Germanium lens elements, which coupled with the 17µm pixel pitch FPA thermal detector, yields a 2.5x optical magnification. 8x digital zoom can increase magnification up to 20x.

The included 50mm objective lens is mounted to the thermal camera using a sealed, waterproof proprietary bayonet mount, allowing the user great flexibility thanks to the optional availability of two additional f1.2 fast lenses, a 28 mm lens with 1.4x optical magnification, and a 38 mm lens (1.9x magnification). All lenses are compatible from the previous model. 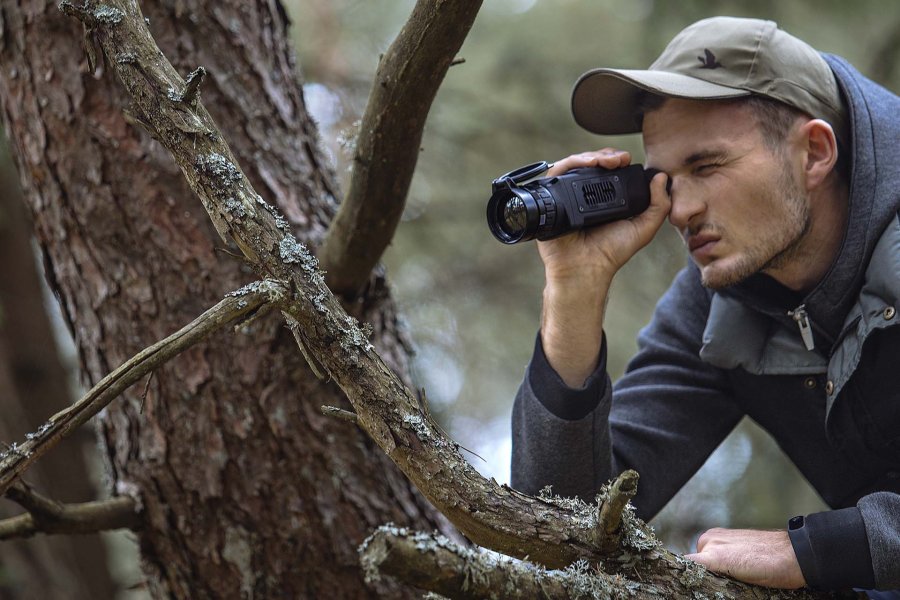 Ieva Budzeikaite, © Ieva Budzeikaite
The Pulsar Helion 2 is a versatile thermal imaging monocular, that may find use in a range of fields, including LE and surveillance, although hunters will find it an invaluable tool in their sport.

All the same features of the Helion are still available in the second generation of the thermal monocular, only they have been improved: the 8 Color palettes now sport better and more vivid colors, due to better sensor used and the new and improved AMOLED display. Picture-in-Picture function has been improved – Pulsar added frame to mark the center of the screen, so the user has a more intuitive and accurate knowledge of which portion of the image is magnified by the PiP function. Observation modes are better characterized making the choice of the most appropriate mode easier.  Wi-Fi stability has been increased, for a much better connection with the Stream Vision app, improving download files or live video streaming to a smart device – and internal memory for video and image recording has been doubled from 8  to 16 Gb.

Additionally, the Helion 2 XP50 features a new, more powerful battery pack: the IPS7. Introduced at the end of 2019, a single charge powers the unit up to 10 hours, in many cases more than enough for one hunting trip. In case more juice is needed, the Micro USB port supports external powerbanks, easily extending operation time. The housing is completely waterproof (it is IPX7 rated), able to work in a broad range of temperatures and is very rugged for extreme field use.

NETD and its impact of performance

But now let’s take a look “under the hood”. The new 640x480 pixel resolution microbolometer with a 40mK NETD replaced the earlier sensor, that was rated for 50mK. A lower NETD is better. 10mK does not seem such a huge improvement, but it is in reality! In our Accolade 2 test, we mentioned that NETD stands for Noise Equivalent Temperature Difference: in layman terms, it represents the sensibility of the sensor to detect a temperature difference. 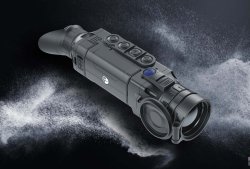 Why “Noise”? Essentially, every detector has a “noise floor”:  when the noise generated by the detector is equal to the smallest measurable temperature difference, the detector cannot “see” the difference and therefore hits the limit of its sensibility; the higher the noise, the higher the value (in milliKelvins) of the NETD, and the lower the sensibility of the sensor. This is also sometimes called Thermal Contrast, and the reason can be easily explained. In extremely low contrast situations, for example in fog conditions, in which the temperature difference between background and the observed animal is much lower, a more sensitive detector allows a dramatically better discrimination of the temperature difference: the animal “punches out” of the fog, while on a lower sensitivity device, the image is faint, muddled and the animal meshes in with the background. Additionally, even if there is no fog, when weather conditions uniform the temperature of the environment, i.e. after a cold rain, or in very cold weather, rocks, branches, ground and vegetation may have very slight temperature differences between them, hence as soon as a hot object – our game- enters the field of view of a less sensitive thermal camera, said game can only be seen as a very bright silhouette against a uniform sea of grey without any discernible feature! 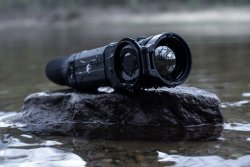 The Helion 2 XP50 is IPX7 rated, completely waterproof and the new IPS7 battery can power the thermal monocular for 10 hours.

With a more sensitive sensor, the smaller temperature differences can be detected and the ground features, the rocks, trees and branches become visible, offering an environment context in which the game we’re observing is moving: with a lower NETD and better sensor, situational awareness increases.

Pulsar improved Helion 2 XP50 image processing engine and algorithms, with Image Boost technology, to achieve an even better rendition of the observed scene, with a controlled sharpening and increase of contrast of the image, without losing greyscale smoothness, which is also translated into improved color richness using the optional color palettes.

Last but not least, MSRP has not increased, and is set for European customers at a very affordable 3590 euro (small differences can be due to the different VAT percentages of individual EU states).

Subscribe to the Newsletter
This article is also available in this language:
DEIT
Click here for more information on the topics:
PulsarOptics
That might interest you too: 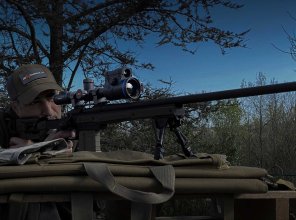 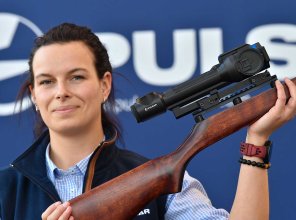 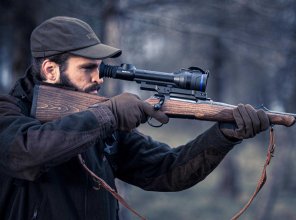 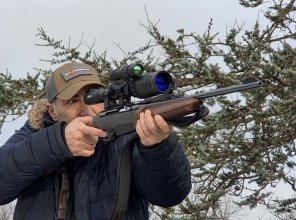 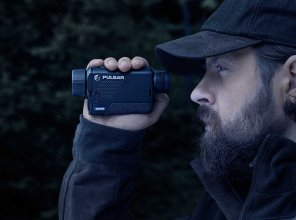 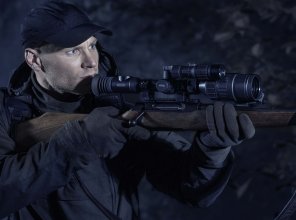 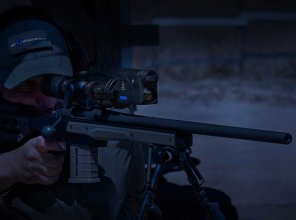