Notwithstanding reality, scientific evidence and solid objections, the EU carries forward its relentless crusade against lead in ammunition. European hunters' and shooters' interests are not taken into account, as well as the socio-economic consequences. Everything runs according to ECHA’s political agenda. The disaster takes its course.

A contribution from Piergiorgio Molinari12/03/2022

Basically, they don't care. They don't care about data, they don't care about consequences on people and economy, they don't care about reality. As usual, the EU just carries forward another ideological crusade, regardless of democracy and European citizens' opinions or interests. Notwithstanding the many solid objections, scientific evidence and an ongoing debate, ECHA’s Committees for Socio-Economic Analysis and Risk Assessment have in fact announced that they back the proposed restriction on the use of lead in ammunition for hunting, outdoor sports shooting and in fishing. On November 30, 2022 the Committee for Socio-Economic Analysis (SEAC) adopted its final, after the Committee for Risk Assessment (RAC) adopted its opinion on the same proposal in June 2022. “RAC considered that the use of lead in these activities poses risks to wildlife, people and the environment that are not adequately controlled,” they say in a press release. “Both committees agreed that a restriction under the REACH Regulation is the most appropriate EU-wide measure to address the risks. SEAC concluded that the proposed restriction can be considered proportionate after evaluating the costs and benefits to society. It also highlighted that some of the benefits were not quantified but are likely to be significant - for example the benefits of avoiding the poisoning of predatory birds.”

So, everything is perfectly fine – or “appropriate” and “proportionate” – with the “lead ban” in their minds. But is that actually true? Let's see.

ECHA: False assumptions and grossly exaggerated figures in respect to the assumed effects from lead in ammunition

“We have looked at the impacts of the restriction from many sides, not just the potential costs for shooters and fishers. We have analysed whether hunting as an activity will be affected and expect there to be no long-term drop,” affirms María Ottati, the Chair of SEAC. What we say: that's simply not true. According to a European-wide socio-economic survey performed by FACE involving a representative sample of European Economic Area hunters (with over 18,000 responses), the restriction on the use of lead will force 1 in 4 hunters to stop hunting entirely and at least 30% will hunt less frequently. 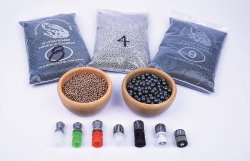 They say that after banning lead in ammo there will be “no long-term drop” in hunting. That's simply not true.

“We have looked at the availability of shooting ranges for military training, the supply of lead ammunition for non-civilian use and at the economic impacts of installing the proposed lead containment measures at shooting ranges. Based on the available information, we consider the proposed restriction to be proportionate and the most appropriate way of addressing the risks,” Mrs Ottati continues. Unfortunately, she forgets (or ignores) that 34% of firearms used by Europe’s 7 million hunters are incompatible with non-lead ammunition, and one-off costs related to the replacement of those firearms could potentially reach up to €14.5 billion. And since ECHA itself estimates that € 3,000 is the average annual hunting budget spent by hunters, the economic loss to EU 27 because of the ceased and reduced hunting activity would be at least €5.7 billion. Is that “proportionate”? 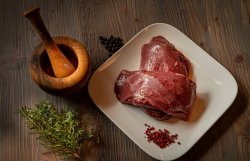 ECHA's conclusions on the concentration of lead in game meat shot with lead-containing bullets are seriously flawed.

Let's talk about the risks posed by lead in ammunition. “We have thoroughly looked at EFSA’s data again and all the consultation input and consider there to be a moderate to high risk from eating lead-contaminated game meat for children in hunter families,” says Tim Bowmer, the Chair of RAC. Again, this an error of assessment – we don't want to call it a mystification – based on unrealistic/mismatched data. As we explained in detail in another article here on all4shooters.com, ECHA's conclusions on the concentration of lead in game meat shot with lead-containing bullets are seriously flawed. Firstly because the samples taken in consideration only come from the wound channel (which was confirmed by ECHA) and thus from a meat that does not enter the food chain; secondly that toddlers are assumed to eat 75% of their yearly meat consumption from game meat, which is also completely unrealistic; thirdly, because ECHA is assuming that 27% of the meat consumed by European adults every year is from game meat hunted with lead shot or bullets, which again is not a reasonable assumption for a risk assessment; lastly, ECHA bases its assumptions on the lack of distinction between lead metal as in ammunition and soluble lead, and since the difference and the possible toxic effect of lead depends on the particle size, that produces completely inflated figures regarding the bioavailability of lead from ammunition.

Then, there are fantastic claims such as: “If adopted, the restriction would reduce lead emissions to the environment by approximately 630,000 tonnes over the 20-year period following its introduction. This is a reduction of 72 % compared to a situation without a restriction. This would prevent the poisoning of wildlife, including many endangered species, and protect children and pregnant women in hunter families from exposure to lead.” These can be simply dismissed as completely false assumptions of reality and grossly exaggerated figures: in case you want to know why, here is another article you should read, while here we explain why the “environmental” arguments for the ban of lead in ammunition are fallacious at all levels. These are in fact reactionary and surrealistic decisions to make hunting and shooting even more difficult and expensive for citizens, with no space for real data and figures.

Yet this is just the tip of an iceberg. The "lead ban" is not only a problem for hunters and shooters, but for the whole firearms and ammo industry – and economy – as well. The European Shooting Sports Forum (ESSF) tried to calculate  what will be the price for workers and companies, and for economy and society as a whole: if the near-total ban on the use of lead ammunition comes into force without a meaningful transition period, the socio-economic impact on the ammunition and firearms industry and related sectors would amount to up to €4 billion and over 16,000 jobs lost, with associated welfare costs totaling €1.4 billion in the EEA.

But, we know, they don't care.

Ban of lead in ammunition: What’s next?

Our beloved leaders tell us what the next steps are: following the adoption of SEAC’s opinion and of RAC’s supplementary opinion, ECHA will send the opinions of both committees and the proposed restriction to the European Commission. This will take place in early 2023. The Commission will then decide whether a restriction is necessary. If so, it will make a proposal to amend the list of restrictions (Annex XVII to the REACH Regulation). The proposal will be voted on by the EU Member States in the REACH Committee and scrutinised by the European Parliament and Council before adoption into law.

What do you think the outcome will be?

Subscribe to the Newsletter
This article is also available in this language:
DEIT
Click here for more information on the topics:
AmmunitionLead Free ammunition
That might interest you too: