Lead contamination in game meat from ammunition – ECHA's conclusions are not correct: here come the 3 most important arguments explaining what is wrong with it

Until October 6, 2022, the so-called Public Consultation ran, in which stakeholders could respond to the arguments of ECHA (European Chemicals Agency). The Risk Assessment Committee (RAC), under pressure from the European Ombudsman, had to allow a new phase of comments. And the headwind was enormous.

A contribution from Piergiorgio Molinari10/19/2022

Here at all4shooters/all4hunters.com we have already reported how the European Ombudsman actually found a case of maladministration by the European Food Safety Authority (EFSA) as it was unable to provide key documents on the ongoing restriction procedure for lead in ammunition in a timely manner, which compromised the first public consultation phase and had to be rescheduled.

At the request of the European Commission to ECHA and following the Ombudsman's opinion on the delay in access to EFSA's stakeholders database, a study was commissioned by stakeholders from ARCADIS U.S. (a scientific consulting company from the USA) with the goal of achieving a correct understanding of the lead concentration in game meat with external expertise. This was to provide a realistic scientific assessment of the said dataset collected and elaborated by EFSA and then used by ECHA. This scientific work has now been submitted as input to the RAC's extraordinary public consultation, which closed on October 6, 2022.

IQ loss in children from lead in ammunition – or a data mismatch?

ECHA is assuming that 27% of the meat consumed every year by adults is from game meat hunted with lead shot or bullets. This is absolutely unrealistic.

The ARCADIS U.S. analysis addresses ECHA's assessment, based on the fact that ECHA calculated that consumption of game meat hunted with lead bullets would cause IQ loss in children and chronic kidney disease in adults. The analysis presented now shows that ECHA's conclusion that the concentration of lead in game meat shot with lead-containing bullets should be 2.516 μg/g (or mg/kg) is flawed. In the EFSA dataset of 10,000 samples of big game, there are samples that are so highly contaminated that they significantly affect the final conclusions. According to analyses by ARCADIS U.S., these samples can only come from the wound channel (which was confirmed by ECHA) and thus from a meat that does not enter the food chain. Thus, these samples and the values determined from them provide for an extremely high variance in ECHA's overall data set.

All in all, the ARCADIS U.S. analysis suggests a reconstruction of the EFSA table by using more realistic figures for "lead in game meat" and removing these "outliers". In this way, a more valid presentation could be achieved, which, when compared, would then make it clear that the current ECHA statements regarding human health hazards are overstated and thus misleading.

These are the three key errors in ECHA's analysis of lead contamination in game meat: 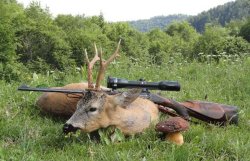 The difference and the possible toxic effect of lead depends on the particle size. ECHA does not distinguish between metallic lead and soluble lead, and thus arrives at completely inflated figures regarding the bioavailability of lead from ammunition.


1. Lead concentration in game meat: it has been demonstrated that it is not appropriate to calculate risks associated with the ingestion of game meat hunted with lead bullets because the upper mean value includes three statistical outliers – values that are extremely high compared to the rest of the data – and therefore lead to the overall results being misrepresented.

2. Game meat intake data as described by EFSA:
a. The term "infant" should not include babies less than 6 months old. This is because infants can only consume mother's milk or baby formula during the first 6 months of life and can't consume meat.
b. The assumed game ingestion rates assumes that infants are consuming ~27% of their total protein from game hunted with lead shot or lead bullets, which is absolutely unrealistic.
c. Toddlers are assumed to eat 75% of their yearly meat consumption from game meat, which is also completely unrealistic.
d. For adults, ECHA is assuming that 27% of their meat consumed every year is from game meat hunted with lead shot or bullets. It may be possible that there exist some hunters in Europe who consume game meat hunted with lead ammunition every fourth meal throughout the year, but this is not a reasonable assumption for a risk assessment for policy making throughout the European Union.

As provided by ECHA's procedure and timeline, RAC must now consider the detailed information submitted in the public consultation and possibly amend its previous opinion and recommendations by December 2022.

We still have a chance to prevent the lead ban in ammunition. This is because ECHA "only" has the task of drawing up a technical recommendation for the EU Commission. However, this should be correct in terms of content, fact and science. Everything that then follows is a political process in the EU Parliament. We will keep you informed.

Subscribe to the Newsletter
This article is also available in this language:
DEIT
Click here for more information on the topics:
Lead Free ammunitionAmmunitionHunting
That might interest you too: 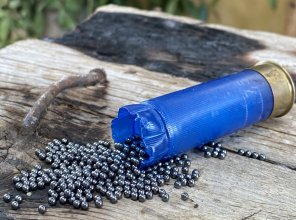 lead-free-ammunition08/15/2022Ban of lead in ammunition: why the ban doesn’t make much sense and what ECHA tries to proof