Ban of lead in ammunition: ECHA’s arguments are starting to crumble. We tell you why this ban is the total wrong way

A new study questions ECHA’s “environmental” pillar seriously. The arguments of ECHA for the ban of lead in ammunition start to crumble at all levels. ECHA's estimates that hunting disperses 14,000 tons of lead gunshot and bullets into the terrestrial environment each year, leading to the mortality of more than 1.3 million birds have proven to be very exaggerated – to say the least.

A contribution from Piergiorgio Molinari10/05/2022

The entire EU's “lead ban” saga is an example of the very weird idea European bureaucrats and policy-makers have about democracy, or in other words their respect for the truth and fair play. Here on all4shooters/all4hunters.com we already reported how the European Ombudsman in fact recognized a case of maladministration by the European Food Safety Authority (EFSA) regarding its inability to provide key documents concerning the ongoing restriction procedure on lead in ammunition in a timely manner, which has disadvantaged the public consultation phase.

We also showed how the REACH committee actually trampled on the rights of hunters and shooters, and the dramatic consequences that the ideologically driven EU's crusade against lead – if successful – would have in socio-economic terms.

Now, the “opinion-making” process within the European Chemicals Agency (ECHA) on the proposal for a near-total ban on the use of lead in ammunition for hunting and sports shooting has stumbled yet again, as our friends from Euractiv – the independent pan-European media network specialised in EU affairs – explain on their website.

“After the maladministration case highlighted by the European Ombudsman’s assessment linked to data transparency in ECHA’s human health risk assessment, the environment pillar has now taken a blow: a new scientific study casts doubt on the methodology and conclusions of the ECHA report,” they say. We anticipated the study results – published in the scientific journal PLOS ONE – some weeks ago. Now, “the new peer-reviewed study demonstrates how ECHA’s estimates of European terrestrial bird declines from lead ammunition ingestion are based on uncertain or generic assumptions. This study concludes lower, more realistic estimates of bird declines, based on a more reliable methodology”.

What's wrong on ECHA's estimates and methodology? Almost everything! 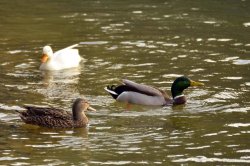 ECHA’s estimates of European terrestrial bird declines from lead ammunition ingestion are based on uncertain or generic assumptions.

“Across the EU, ECHA estimates that hunting disperses approximately 14,000 tonnes of lead gunshot and bullets into the terrestrial environment each year,” leading to the mortality of birds that ingest it. A grossly exaggerated figure actually, since “due to unavailable information across European countries, ECHA was only able to conclude with the highly uncertain estimate of a 1% decrease in terrestrial game birds from lead shot ingestion, i.e. 1,354,292 birds die from lead poisoning every year.”

Well, according to this new study, “data pooling across European countries for gallinaceous birds resulted in the final percentages being 0.2% for direct and 1.4% for indirect deaths due to lead ingestion, with a midpoint estimate of 0.8%. The first statistic for direct cause of death (0.2%) is 5 times lower than the ECHA’s arbitrarily selected 1% estimate.”

You can find more details on the researchers’ findings and methodology in the Euractiv article linked above. The gist, however, is that “it is clear that the use of partial or insufficient data, as well as simplistic and qualitative approaches in the assessment of complex scenarios will inevitably lead to misleading conclusions. It simply is not enough to verify a risk assessment as having been carried out according to the rules when this is based on a major lack of information”.

Is it possible to look at ECHA’s restriction report without wondering how solid its scientific basis is and how reliable and credible its assessments are? they ask at Euractiv. The answer is a resounding “NO”, of course. “These are serious questions that policy-makers should be asking, in order to make the right decisions for a regulation that will affect 10 million European citizens,” the Euractiv article summarizes.

The most important question now is: are EU policy-makers ready to put aside their ideologies and serve the real interests of European citizens for once? Reasonable doubts should be allowed here. That’s why it’s important to talk to all our organizations like national and international associations of hunters and sport shooters in all EU countries. But not just us, also each single person who is active in these organizations. It is late, but not too late to stop ECHA and the plans of the EU Commission of a total ban of lead in ammunition.

What is the ban on lead in ammunition about now in the fall of 2022?

Due to the current increasingly clear data situation through the "Public Consultations" – i.e. an official feedback possibility for the affected hunters, sport shooters as well as their associations and industry representatives – it becomes clear that the ECHA has erred in many points. Against this background, the data situation of Annex 17 "Ban of lead in Wetlands" would have to be completely re-evaluated from our point of view: especially here the wrong evaluations with regard to waterfowl – which now appear to be far less dramatic – weighed very heavily. And the announced project of the "Ban of lead in outdoor shooting" would have to be totally questioned too, because the significance of the data used by ECHA simply can't be taken for certain. We will keep you informed. And let's keep fighting: it's worth it!

Subscribe to the Newsletter
This article is also available in this language:
DEIT
Click here for more information on the topics:
AmmunitionHuntingLead Free ammunition
That might interest you too: