Ban of lead in ammunition: No fair play from EU! FACE requests ECHA to re-open consultation regarding restriction procedure

The European Ombudsman recognised a case of maladministration by the European Food Safety Authority (EFSA) regarding its inability to provide key documents in a timely manner. This has disadvantaged the public consultation phase concerning the ongoing restriction procedure on lead in ammunition and it risks undermining the resulting legal framework with unreliable data. What is the real probem?

A contribution from Piergiorgio Molinari05/23/2022

The EU is notorious for imposing strict – and sometimes absurd – rules and regulations on its member states and citizens. Yet, when it is EU's turn to comply with its own rules, things may be different. That's what happened with the EU’s approach to the ongoing restriction procedure on lead in ammunition under REACH, the European Regulation on chemicals and their safe use.

As reported by FACE, the European Federation for Hunting and Conservation, the European Ombudsman has in fact recognised a case of maladministration by the European Food Safety Authority (EFSA) regarding its inability to provide key documents in a timely manner. This prevented FACE from substantiating comments made during last year’s public consultation regarding the restriction procedure itself. 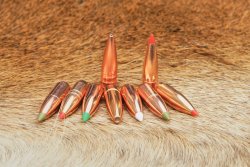 John Gerards
The EU Commission is working on a complete ban of lead for all kind of bullets and shot shells. The problem is: the alternative material copper is already on the watch list of ECHA. But copper is not “green ammo” and it’s not a solution for rimfire ammo or shot shells.

“Cases of maladministration like this can compromise the actions of decision-makers and ultimately harm the reputation of the EU institutions,” states FACE in a communication published on Euractive website.

“This situation could have easily been avoided by following due process and by relying on existing peer-reviewed research. The already rough path of ECHA’s Annex XV Restriction Report, related to the proposal of a near-total ban on the use of lead in ammunition for hunting and sports shooting marks a new stumble.

This not only jeopardizes the successful outcome of a legislative process, which affects at least 7 million citizens, but also questions the principles for which citizens exercise their right to contribute to the EU’s law and policy-making process,”  FACE remarks.

ECHA and EU commission are on a political crusade against lead in ammo. We on all4shooters.com have reported about this political game on a regular basis. But what happened actually? FACE reconstructs the story: “As part of the dossier preparation on the human health risk assessment, EFSA provided ECHA (European Chemicals Agency) with the input data on game meat intake and lead in game meat. ECHA then used that information to calculate health impacts to hunters and their families (around 13.8 million individuals) in its 1000+ page report, which had a substantial impact on ECHA’s opinion-making thus far.”

At that point something went wrong, however: “Within the restriction procedure under REACH, FACE raised several questions about the figures used by ECHA, as they differed significantly from the published science on lead concentrations in game meat in Europe. Usually, anyone would be granted access to such data following a request before the public consultation. On 23 February 2021, FACE had requested access from EFSA for the documents it had submitted to ECHA. But, since the start of FACE’s access request, there were numerous delays as well as attempts of justification and extended deadlines. After ECHA’s risk assessment public consultation had already been closed, the disclosure of the requested document to FACE was made on 13 October 2021.”

The delays “deprived FACE of its right to review the data on lead concentrations in game meat in ECHA’s Annex XV Restriction Report and the possibility to substantiate thoroughly the comments made during the public consultation.”

And it's not a matter of detail: “When looking at the data, the differences between the mean lead concentration from EFSA and the previous research became immediately clear with access to the data. For example, when a handful of extreme outliers are removed from EFSA’s datasets, the lead levels in game meat harvested by rifle ammunition are below the maximum allowable level (ML) set by the European Commission Regulation EC1881/2006 for meat from domesticated animals. The impacts on health from lead need to be communicated accurately in ECHA’s work to take well,  informed decisions.”

After FACE submitted a complaint to the European Ombudsman, the latter now holds that as it took EFSA almost eight months to take a disclosure decision and since “access delayed is access denied”, this constituted maladministration. “This has prevented FACE, which represents 7 million European hunters, from being able to participate in ECHA’s public consultation appropriately. Therefore, as the procedural defect is critical, FACE has requested the reopening of the public consultation at which all interested parties could present evidence related to the ECHA’s human health risk assessment.”

FACE president statement: ECHA’s public consultation has to be reopened

In a statement, FACE President Torbjörn Larsson comments: “Another EU institution has failed millions of European citizens. This time it’s the European Food Safety Authority (EFSA), which has broken the rules. It failed to provide information that informed a substantial pillar of the European Chemicals Agency’s (ECHA) current opinion on restricting lead in ammunition.”

“The problem is that the delay was so long that ECHA’s public consultation closed before it become publicly available. ECHA has already used the data to estimate risks to hunters and their families comprising around 13.8 million individuals in EU27. What’s more, when carefully checked several issues with the data and its presentation were identified, but these could not be flagged in time,” Larsson adds.

Stressing that in its report “The Ombudsman found maladministration in how EFSA had dealt with the complainant’s access request and, specifically, its failure to comply with the time limits set out in the EU legislation on public access to documents,” FACE president concludes: “In response to the Ombudsman’s report, I have written to ECHA requesting to re-open the consultation to ensure fair play. This is about fair play for over 10 million citizens (hunters and sports shooters) as well as the EU’s core principles of transparency and the rule of law. A change of direction is needed by the EU institutions to ensure fair play is achieved.”

Useful background information: About the involved organizations in this process to protect lead in ammo 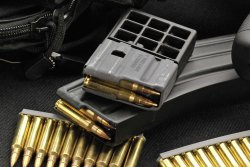 Franco Palamaro, © Franco Palamaro
Ban of lead in ammunition: Please be aware this is not just affecting hunters. It will also hit sport shooters hard.

The European Shooting Sports Forum (ESSF) is an informal platform where representatives of international bodies active at European level in the fields of sports shooting, hunting, firearms collecting, trade and industry maintain an open dialogue to discuss issues of common interest, in particular the environmental, legal, political and socio-economic aspects of such activities.

The sectors employ more than 600,000 people in Europe and the annual turnover is around €40 billion, when including the revenues generated by hunting and shooting activities, as a whole. All in all, this includes 14,000 retailers, 300,000 collectors and over 10 million hunters and sport shooters in Europe who want to be heard and respected.

Subscribe to the Newsletter
This article is also available in this language:
DEIT
Click here for more information on the topics:
AmmunitionHuntingLead Free ammunition
That might interest you too: