The return of the Colt Anaconda revolver in .44 Magnum

After re-releasing the legendary Python .357 revolver in 2020 in a revised and updated version, now the Hartford-based company, part of the CZ Group, has brought back to the market another great classic – namely the Anaconda revolver in .44 Magnum caliber, that will be produced in two barrel lengths.

A contribution from Giorgio Brancaglion03/23/2021

Without fanfare – just a Facebook post – Colt has announced the return of the Anaconda revolver in .44 Magnum, put back into production due to the heightened interest in these guns voiced by the public with a high number of requests received by the Hartford-based company. 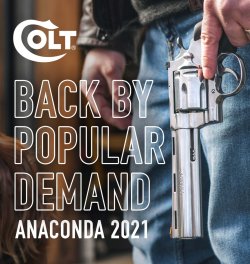 "Released into the wild". This is how Colt has announced the return of the Anaconda revolver.

In the second half of the 20th century, it was still unclear whether the future of sporting and service handguns would be semi-automatic pistols or revolvers. While semiautos reaffirmed their role as a military sidearm, most law enforcement agencies, especially in the U.S. relied almost exclusively on revolvers. These were the years when brands such as Colt and Smith & Wesson were market leaders and competed against each other with revolvers. The turning point year can be identified with 1955, when Colt presented on the market the legendary .357 Magnum caliber Python revolver, while Smith & Wesson responded with the .44 Magnum model 29.  Over the years both companies continued their challenge with mixed fortunes, while interest in revolvers slowly but surely began to wane year after year. The last sensation came once again from Colt in 1990, with the introduction of the .44 Magnum caliber Anaconda revolver, a project that was received rather tepidly by a market that was by then reduced to a niche one, where the newcomer Ruger brand dominated with its Redhawk and Blackhawk models. Made entirely of stainless steel, the Colt Anaconda was a very traditional revolver, with a double action trigger, six cartridge cylinder and featuring the classic ventilated rib barrel that characterized the Python, Boa and Diamondback models. The original Anaconda was available with 4”, 6” and 8” barrels, and it appears that a hundred or so were made with a peculiar 5” barrel. It was also available chambered in .45 Colt caliber. Production of the original version ceased in 2003.

Colt Anaconda: a great classic returns to the market

The new Anaconda strongly resembles the appearance and design of the previous model, featuring exclusive use of stainless steel, and will be offered with a barrel length of 6 and 8 inches (15-20 centimeters). The trigger action is borrowed directly from that of the new Python, with a foil spring that ensures a smooth, crisp action. The new Anaconda features interchangeable sights, with a fully adjustable rear sight and a front ramp bead with high visibility insert. The upper portion of the frame is drilled and tapped for mounting a scope. As standard the new Anaconda is equipped with an excellent Hogue single piece rubber grip. The barrel muzzle features a recessed target crown to protect it from damages and the frame and cylinder finish is semi-matte. With these features, the new Colt Anaconda is trying to carve out a space for itself in the pistol hunting field, certainly a niche market but one that is quite popular in the USA. We'll see if the Colt name still has the appeal it once did among revolver enthusiasts. The price of the Colt Anaconda in the US is $1499 for both barrel lengths (about 1350 euros).

Subscribe to the Newsletter
This article is also available in this language:
DEIT
Click here for more information on the topics:
ColtPistols.44 Magnum
That might interest you too: 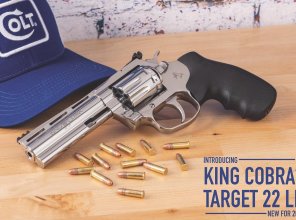 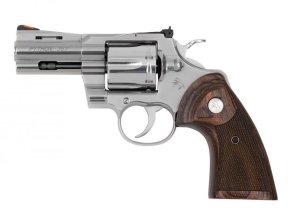 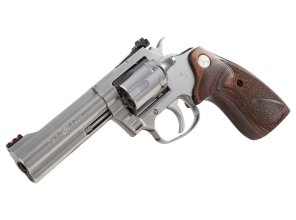 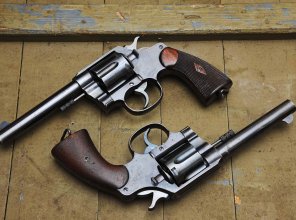 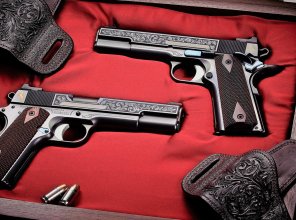 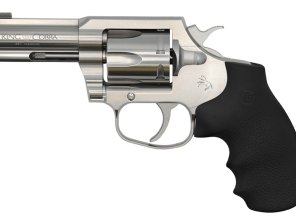 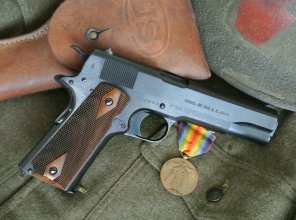 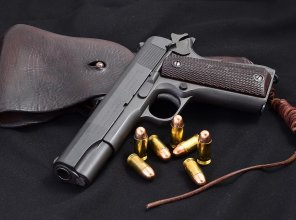