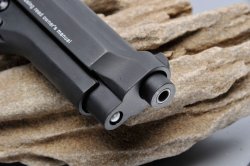 Getting the right feeling with a gun is easy. All it takes is for you to use it daily and practice, both dry firing and live fire shooting at the range. That last part is the most difficult one, since large caliber cartridges such as the 9 mm rounds tend to be expensive. You could solve this problem by using one of the copies of defense weapons that use cheaper .22 LR rim fire cartridges. After its first model, replicating the iconic Colt 1911 handgun, Chiappa of Azzano Mella (Brescia) with a branch in Dayton, OH and specialized in gun reproductions of muzzle-loading guns, offers a reproduction of the classic Beretta 92 series chambered in .22 LR caliber.

Chiappa produces three M9-22 models – a classical one with plastic grips, one with wooden grips and a Tactical model featuring aiming devices with an optical fiber enhanced front sight and a fully adjustable - for windage and elevation - rear sight. The gun we examined is the classical one with plastic grips fastened to the frame with Phillips screws. The gun is sold in a neat plastic box in which you can find two magazines, a disassembly tool, a small cleaning brush and a manual. 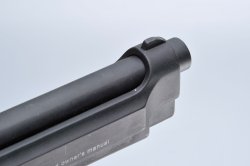 Franco Palamaro
The front sight is part of the slide, just like the original gun

Esthetically, the gun looks just like the original 92, unless you look at the muzzle of the barrel: the smaller bore wis a dead giveaway. The gun is finished with a thick layer of paint and looks rather nice. The model we examined has a front sight that's monolithic with the slide, just like the original model, while the rear sight is dove-tailed in the slide and can be adjusted for windage loosening a set screw on the notch window. The checkering is exactly like that of the original gun. The barrel is 132 mm long (or 5,2’’), the total gun length is 22 cm ( 8. ¾), and it weighs 1,05 kg (37.04 oz). 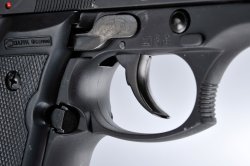 Franco Palamaro
The trigger face is smooth and the gun works in both single and double action, just like the original model

The gun is both single and double action, and the manual safety also decocks the hammer, which make this copy perfect for your training, because you can learn how to use the 92 platform without spending too much money. The M9-22 operating system is blowback; used in most low-pressure caliber chambered guns, the blow back system is based on a precise calculation of the mass of the slide, resistance of various springs and friction, which allows to contain the initial pressure peaks. With centerfire chambered pistols, the blowback system, due to the excessive resistance of the recoil spring, would be difficult to handle and chamber a round - the largest caliber a blowback system can be used practically is the 9mm Short (.380 Auto), but in the case of M9-22, thanks to the small rimfire caliber, this is easily performed by anyone.

As in the original model, the hammer manual safety rotates the rear portion of the segmented firing pin, removing it from the hammer action. There is also an automatic hammer safety and one that keeps the gun from shooting if the slide is not perfectly closed. With the handgun, two single column plastic magazines, that can take up to 10 cartridges, are included.

We also analyzed Chiappa M9-22’s disassembly procedure. Once we established the gun’s condition, extracting the magazine and checking the cartridge chambers, we moved on with field disassembly. Unlike the original model, the elastic button on the right side of the gun, which unblocks the disassembly lever, does not have a real function. To start the disassembly of M9-22, we need to proceed with the slide cycling and place the special disassembly tool in the hole of the recoil spring guide. By pushing on the pin on the right side of the frame, the locking pin can be easily released and extracted. 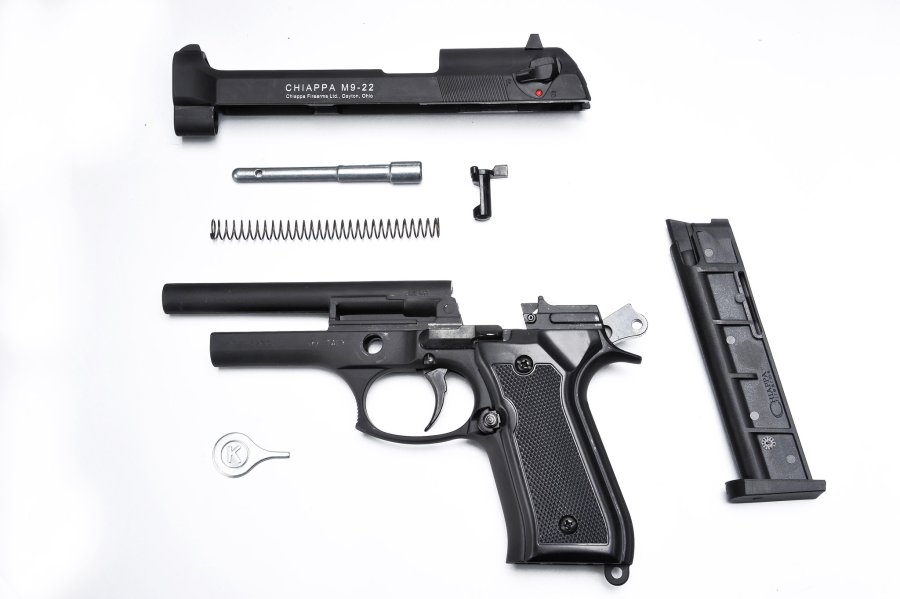 Franco Palamaro
Field disassembly of the Chiappa M9-22 pistol . Notice that the barrel is built into the frame

In this way, once you rotate it, you can take the locking pin out. The slide can now be separated from the frame once it is completely stopped and you can slide it upwards. You can remove the alloy recoil spring guide and its spring. The disassembly is completed, since the barrel cannot be removed from the frame. 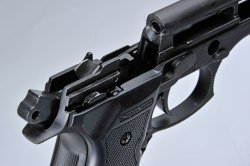 Franco Palamaro
Once the slide has been disassembled, you can see the barrel fixed to the frame and the feed ramp

To assembly the gun back together, you need to use the special tool that comes with the gun, which needs to be inserted in the recoil spring guide hole. This will make reinserting the take down latch much easier. The same key-shaped tool can be used to disassembly the magazine in case you want to thoroughly clean its internal parts.

Our shooting test was executed using various types of ammunition. We didn’t detect any malfunctions. The barrel built in the frame allowed us to get good groups at a 15 meters range. The mild recoil of the small .22 rimfire cartridge allowed us to empty the magazine quickly, and still get a very good group. 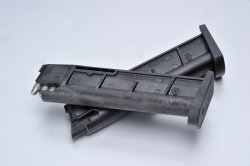 As in the Chiappa’s copy of the 1911 Colt Government, in this gun, the materials used and the locking systems were adapted to the small caliber, less demanding in terms of containing initial pressure. Everything is made by balancing resistance and low prices. To contain costs, plastic, die-casting and aluminum alloys were used. Using a cheap, rim-fire caliber, and then using expensive materials that add up to the gun’s cost on the market so it costs too much or just as much as the original gun, would not have been very useful. The manufacturer's suggested retail price seems adequate considering the gun’s quality. The semi-automatic Chiappa M9-22 can be used for plinking, where legally possible, and above all as a teaching gun before moving on to the bigger caliber.

Other than the unquestionable saving that comes with using the cheaper .22 LR, you should consider that a smaller rim fire cartridge creates smaller recoil and noise, both of which are very bothersome to the beginner. This will help those who are learning to use handguns for the first time, to learn the basics of shooting. After the copies of the Colt 1911 and the Beretta M9, we are wondering when we may expect an Austrian-themed .22 LR semiauto. You know what they say – third time’s the charm. 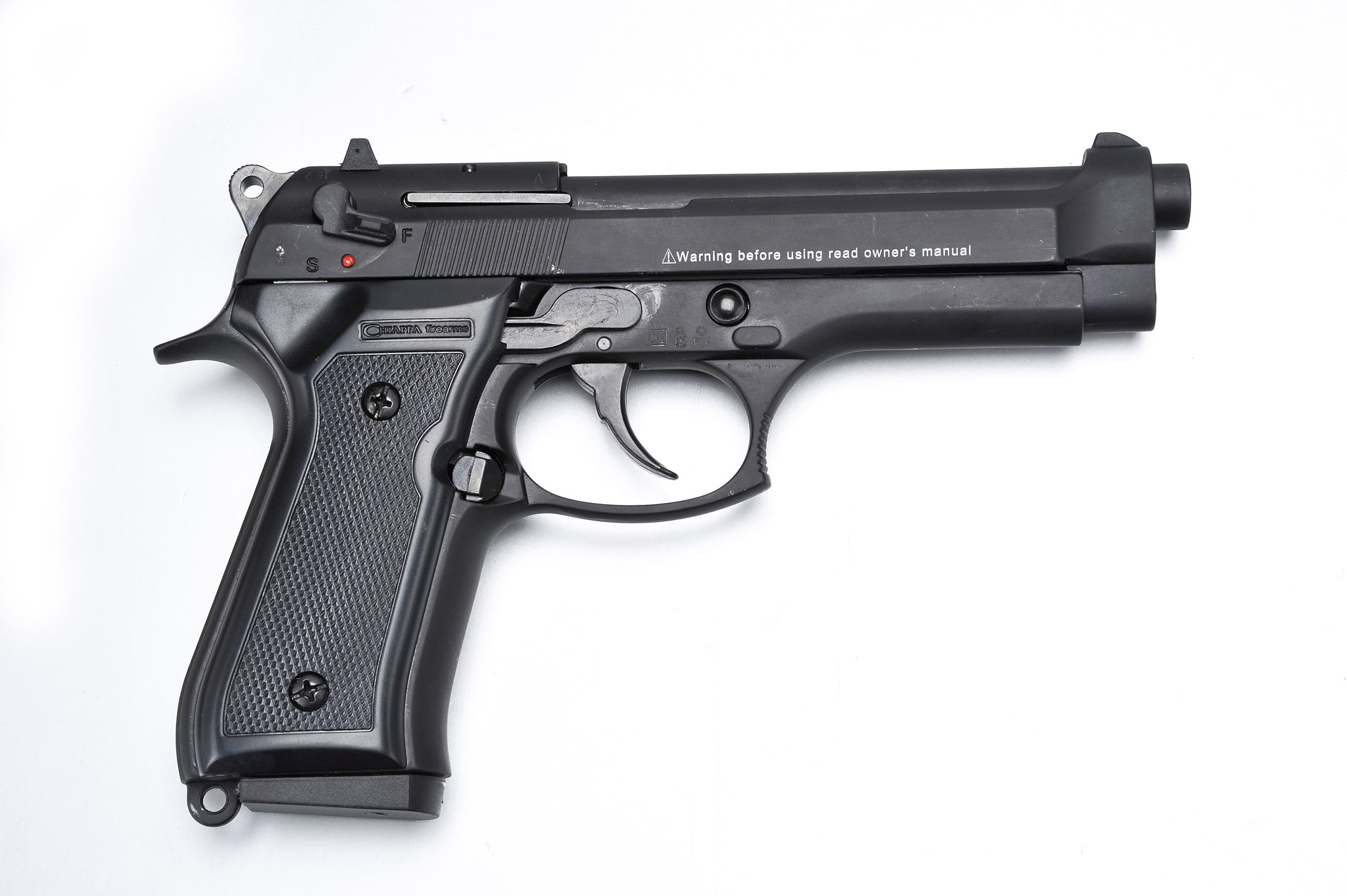 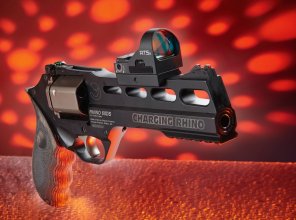 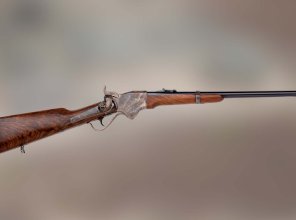