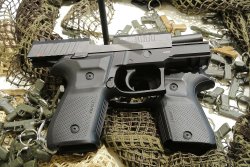 Bruno Circi
A fairly conventional and yet solidly built semi-automatic pistol, the REX Zero1 is chambered for the 9mm caliber (9x19mm) only, using 15, 18 or 20 rounds magazines

The Arex d.o.o. company − headquartered in the Slovenian town of Šentjernej − has always been engaged in defense-related industry.

Arex has been responsible for the development of most of the individual equipment and load-carrying system used by the modern Slovenian soldiers, and has been providing polymer and metal components to the national and international military industry for years now.

Furthermore, Arex earned a solid reputation and expertise in the production of high-precision polymer and metal components for automotive, airspace, caravan, and ski industries.

The year 2014, however, marks Arex's debut in the field of small arms and light weapons. At the EUROSATORY 2014 defense expo, the Slovenian company introduced its REX Zero1 9x19mm-caliber semi-automatic pistol to the military, police, governmental and specialized press players gathered from June 16th thru 20th at the nord-Villepinte exhibitions and convention center, at the outskirts of Paris. 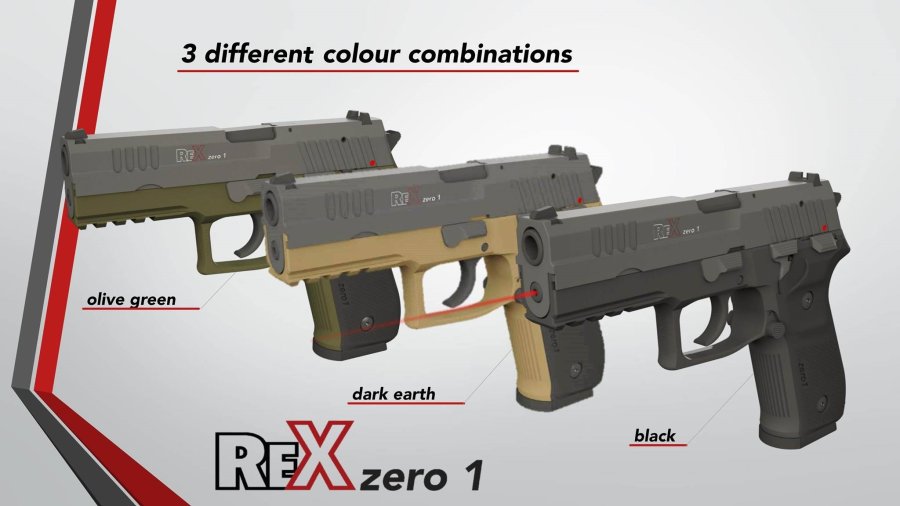 Arex d.o.o.
The REX Zero1 pistol will be available with a black, olive drab green or flat dark earth frame

Developed to meet the needs and the demands of the Slovenian military and Police forces, as well as the demands of private security operators and civilian shooters worldwide, the Arex REX Zero1 owes most of its layout to the SIG-Sauer and Zastava CZ-99/CZ-999/EZ-9 designs, albeit sporting more than just a few "originality" points and offering a solid, reliable construction − which is more than what can be said of several low-cost handguns that have been available on the global market for some years now.

The REX Zero1 pistol sports a MIL-STD-1913 "Picatinny" rail under the dust cover, allowing quick and easy interface with tactical accessories, and can come with a black, olive drab green or flat dark earth frame. The ergonomically-shaped synthetic grip panels can be removed and replaced with other, compatible types, at user's will.

The REX Zero1 pistol feeds through double-stack metal magazines with a polymer pad that will provide protection against the shocks that will mostly follow an emergency reload. The magazines are available in three capacities: 15, 18 or 20 rounds.

Most of the controls on the REX Zero1 pistol are ambidextrous: the magazine release push-button is located on both sides of the gun, at the rear end of the trigger guard, and so is the frame-mounted, 1911-style manual safety.

The field-stripping lever is instead located on the left side only, and so is the hold-open/slide stop release lever, which dubs as a decocker when the gun is locked with a round chambered, allowing the user to engage the double action working system for a safer carry while still retaining operational readiness.

Arex also plans the launch of quite a few accessories for the future, including an integral-type laser aiming device. The manufacturer's suggested retail price should be as low as 700€ in Europe, but no word has been provided yet concerning a slated commercial release date. 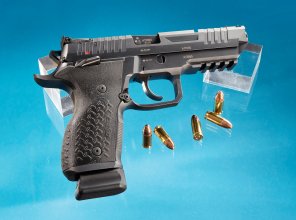 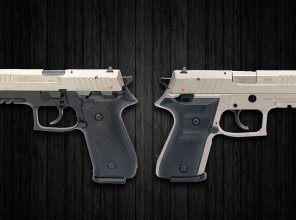 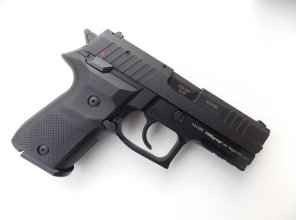 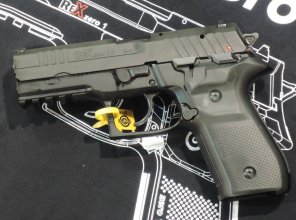