The Shooter's Talk: Gun control and questions to be asked after Parkland

Once again, the US is shaken by a mass shooting and the debate about gun control is raging on. Yet, the system failed not because we need stricter gun laws, but because existing laws were not applied and red flags ignored. 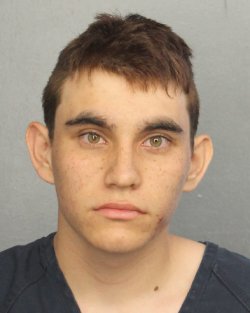 The tragic February 14, 2018 Parkland high school shooting, where seventeen people were killed by a 19-year-old boy, sparked off the usual debate about “gun control” in the USA. Once again, the fight between pro-gun and anti-gun advocates seems to be mostly on political, ideological and emotional grounds rather than rational ones. The only novel part in this trite tragicomedy is President Trump's attitude: after supporting the idea to arm teachers as well as eliminating gun-free zones, Trump endorsed a ban on bump-fire stocks and a bipartisan background check bill that raises the age limit for purchasing certain firearms from 18 to 21. He even said that firearms should sometimes be confiscated from US citizens without due process – “Take the firearms first and then go to court” he stated.

These last “Obamian-style” sorties deeply confounded liberal pundits and media, who usually depict the US President as a cynical NRA/2nd Amendment supporter. The idea of tightening background checks and using assessments of mental health to reduce access to guns was indeed proposed by Obama, and the National Rifle Association has cautiously supported a bump-stock ban, even if it opposes raising the age for buying a rifle.

As is often the case, things are in fact a bit more complicated. Let's try to summarize the proposals that are on the table.

Florida state lawmakers are already considering several bills that would raise the minimum age to purchase a rifle from 18 to 21 and ban bump stocks. Interestingly, the fact that bump stocks were used in last year’s mass shooting in Las Vegas (we already discussed about it on all4shooters.com: "Bump stocks: lethal devices?") but not in the Parkland shooting – so, banning bump stocks wouldn’t have prevented the latter killing spree in any way –  is not being taken in account by anyone. 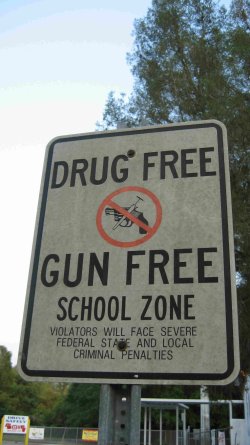 The Parkland high school shooting sparked off the usual debate about “gun control” in the USA.

About the plan to arm school staff, some say it would only increase risk of accident noting that even highly trained teachers would be unlikely to increase safety.

On the other hand, others point out that "gun free zones" (i.e. areas where guns are prohibited) like schools have been the target of the great majority of all mass shootings because there are no “good guys” who can shoot back at “bad guys”. What is often forgotten, anyway, is that in many US schools there have already been for some time programs designed to train and arm school staff members, even in Florida itself. One of these is the Sentinel Program sponsored by Polk County Sheriff’s department, which is designed to train and arm school staff members who volunteer to be special deputies and receive training that allow them to carry guns on campus and respond to threats.

Lastly, the idea of background checks. That's a common sense proposal, right? Federally licensed firearms dealers have been required to run background checks on gun buyers since 1994, when the Brady Handgun Violence Prevention Act took effect. A background check system (NICS) database was launched by the FBI in 1998 as part of the Brady law.  Federal law already prohibits the transfer of guns to people convicted of a felony, those convicted of misdemeanor domestic violence offenses, fugitives from justice, users of controlled substances, those who have been ruled mentally incapacitated, unauthorized immigrants, people dishonorably discharged from the military and others. The problem is that not all states report all their data on convictions or mental health adjudications.

The case of the Parkland shooter itself is a story of ignored red flags. Nikolas Cruz had been the subject of dozens of 911 calls and, as the FBI admits, was well-known for his “gun ownership, desire to kill people, erratic behavior and disturbing social-media posts, as well as the potential of him conducting a school shooting”. On a YouTube video he had even commented “I’m going to be a professional school shooter”. Yet, despite over a decade of warning signs, nobody intervened and FBI failed to share the info with its Miami field office.

In other words, the system failed. Here as in many other similar cases – such as the 2017 Sutherland Springs church shooting, where the perpetrator was prohibited by law from purchasing or possessing firearms and ammunition due to a domestic violence conviction in a court-martial while in the United States Air Force, but the Air Force failed to record the conviction in the Federal Bureau of Investigation (FBI) National Crime Information Center database, which is used by the NICS to flag prohibited purchases.

But if the existing system fails just because existing laws are not applied and red flags are ignored by those who should “care and protect” - not to mention the armed officers who did not even intervene during the Parkland shooting - does it really make sense to ask for new and more restricting laws related to “gun control”? That's the question that should be asked first. All the rest is background noise, pure ideology and raw politics.

Click here to read about bump stocks and the Las Vegas shooting on all4shooters.com.