15.07.2020 Deadline: Ban on lead in ammunition postponed at EU level. The voting procedure was "ended without result" and postponed to September

That was the point: on July 15, 2020, the end of lead shot – possibly not only for hunting in and around wetlands – could be decided at EU level. This means that the already existing regulations for water bodies would be extended to wetlands and, by definition, temporary puddles would also become wetlands.

A contribution from Piergiorgio Molinari07/15/2020

+++ July 15, 2020 Update +++ As AFEMS (Association of European Munitions Manufacturers) has just announced, today's vote to ban lead shot in wetlands has been "ended without result". The Czech Republic had opposed both the voting procedure and the Ramsar definition of wetlands.

The deadline was on July 15, 2020 – today. Yesterday, just one day before the expiry of the written voting procedure on the proposed EC restriction on the use of lead shot in wetlands (which, with the support of Germany, would certainly have passed), European authorities surprisingly decided to stop the whole process.
This was made possible thanks to the intervention of the Czech Republic, who opposed the use of the online written procedure to discuss the issue and, reportedly, also the overly broad and generic definition of wetlands.
It should be noted, however, that a few days ago Germany supported the proposed restriction with the promise by the EU Commission to extend the transitional period from two to three years.
The written voting procedure is therefore considered "concluded without a result". However, it is very likely that a new vote on a possible fourth revision will take place in September.

Unfortunately, the implications of a “lead ban” have not been understood, and instead attempts are being made to enforce that ban by all means. The fact that alternatives such as soft iron shot are highly problematic, that they require special shotguns and that many alternative materials are much more problematic than lead is swept under the carpet. "Green ammo" is the motto – no matter what the consequences are. From our point of view, this is irresponsible and without any vision. Without any tendency to exaggerate: in the long run this is the end of hunting and shooting. Apparently, some of the protagonists are interested in exactly that.

Stay tuned to all4shooters to find out more!

We at all4shooters.com have been informing our readers about the restrictions proposed by Brussels since 2015, when the European Commission requested the European Chemicals Agency (ECHA) to prepare a restriction on lead shot over wetlands. We also already explained how these proposed restrictions are mostly ideologically-driven and why a complete ban would be a disaster for hunters, shooters, the industry and the environment alike (see here). In fact, the idea of the “poisonous lead ammo” is a myth per se.

Notwithstanding the many critics and the lack of both scientific data and support from governments (even if 23 Member States have already phased out lead gunshot for hunting over wetlands), the EC has always picked itself up and hurried off towards an EU-wide total ban as if nothing had happened. But there are some major problems in its proposal.

To sum up some of the most compelling issues: 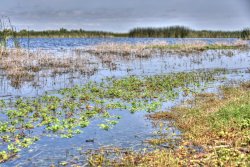 What is a “wetland”? The scope of the EC proposal is based on the Ramsar definition. Unfortunately, that definition is quite ambiguous  since it includes expansive areas without visible water (“peatlands”).

The definition of “wetland”: the scope of the EC proposal is based on the full Ramsar definition, I.e. “Areas of marsh, fen, peatland or water, whether natural or artificial, permanent or temporary, with water that is static or flowing, fresh, brackish or salt, including areas of marine water the depth of which at low tide does not exceed six metres”. Unfortunately, the Ramsar definition is quite ambiguous since it includes expansive areas without visible water (“peatlands”). According to that definition, in fact, even a 1m² area of temporary water  which appears in an otherwise dry field after a shower of rain could equate to “wetlands”. Add to this the so called 100 m “buffer zones” around wetlands and confusion is complete: no hunter, or officer, will ever be perfectly sure whether he/she is in a wetland or not. The stand-alone use of that definition (without designation) is not precise enough to be capable for legal application in the Member States. Here, the principle of legal certainty is gone.

Reversed burden of proof: the Commission proposes that “if a person is found carrying (lead) gunshot in or within 100 m of wetlands while out shooting or as part of going shooting, the shooting concerned shall be presumed to be wetland shooting unless that person can demonstrate that it was some other type of shooting”. This is a complete reversal of burden of proof, since it presumes that a hunter is noncomplying and the accused hunter must exonerate itself from accusation. The “presumption of guilt” takes the place of the presumption of innocence – a fundamental principle of Western legal traditions, by the way.

The transition period: a much shorter transition period (24 months) is proposed by the EC for the total transition from lead shot to “green ammo”. The transition period should be at least 36 months following ECHA’s socio-economic analysis and 60 months for countries that have no restriction in place (Ireland, Slovenia, Malta, Poland, Romania). Actually, it sounds like just a bad joke. It takes some research time to develop unleaded ammunition that ensures ethical killing and no environmental effects also in wetlands. Safety is an issue too: how many hunters/shooters have old firearms which would need replacement, adjustments and reproofing to fire unlead cartridges with different pressures?

The role of REACH and consumer products: this is the first time that the Commission proposes consumers (i.e. hunters) and not manufacturers, importers and distributors to be addressees of a restriction. The REACH regulation was originally intended for “industry” only. Can it legally apply to hunters as “consumers”? This would expand the scope of REACH far beyond its original remit, creating a dangerous precedent and further confusion. For example, ethanol is also a substance under REACH, and alcohol-related problems are well known. Could this demonstrate that EU-wide action is necessary to address the risk arising from the consumers’ use of alcohol in a harmonised manner?

All in all, to quote FACE/AFEMS's conclusion, “the draft restriction is so badly drafted that it is impossible to apply in practice. Everybody knows that something is wrong but politics prevent the Commission from making some fundamental (but basic) changes.” 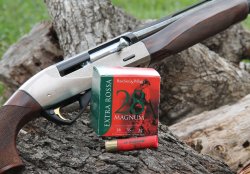 A complete lead ban would be a disaster for hunters, shooters, the industry and the environment alike.

According to FACE data, “the sector employs more than 580,000 people in Europe and the annual turnover is around €40 billion, when including the revenues generated by hunting and shooting activities, as a whole. All in all, this comprehends 200 distributors, 14,000 retailers, 300,000 collectors and over 10 million hunters and sport shooters in Europe.”

Not just manufacturers and hunters, but also sports and clay shooters should be worried about the “lead ban”. Most shooting ranges will be affected because most are within 100 m of a wetland (like dry peatland), and the rules of international shotgun competitions are based on lead ammunition.

What could/should we do?

What is needed is a close coordination between organization such as AFEMS–FACE–IEACS–SAAMI to develop, share and promote inputs for an integrated activity stimulating the national associations and companies to speak and coordinate a strategy.

The aim is to have a direct dialogue with a friendly government. Otherwise, when the national authority is hostile to the topic, use other instruments to be heard. A) Highlight the issue to those ministries that you have a link with; B) Create the preconditions for the hostile institution to justify its position or take responsibility; C) Involve a member of the parliament – part of the majority – to forward a parliamentary query to make pressure.

Publishing on generalist/economic newspapers and/or websites press agencies and/or social media what is happening, providing coherent and credible arguments, is also useful.

Subscribe to the Newsletter
This article is also available in this language:
IT
Click here for more information on the topics:
LawAmmunitionLead Free ammunition
That might interest you too: