The European Commission goes ahead with the lead ammo ban

The European Chemicals Agency (ECHA) has been formally requested to prepare a restriction proposal on the placing on the market and the use of lead in ammunition (gunshot and bullets). The proposal should address even lead in fishing weights (!). FACE and CIC, two of the most important European and international organizations representing hunters' interests, express their concern. And the struggle against EU gun restrictions continues... 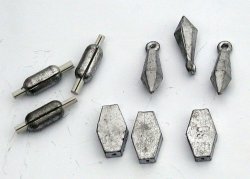 The restrictions will apply on gunshot, bullets – and lead in fishing weights!

Lead ammo ban, here we are again . In a letter to the European Chemicals Agency (ECHA) dated July 16 th – and made public on August 21 th – , the European Commission (EC), has requested the agency “ to prepare a restriction proposal on the placing on the market and the use of lead in ammunition (gunshot and bullets)”, addressing the risk to wildlife and humans (via the consumption of game meat) from lead in all ammunition including target shooting.

ECHA will have to assess aspects “of animal welfare such as avoided suffering of animals” and related to “potential accidents to hunters and sport shooters” using lead ammunition and its alternatives. And just for good measure, the proposal should address even lead in fishing weights .

Here on all4shooters/all4hunters we had already talked about the proposed EU restrictions on lead (what we called the “Lead Ammo Ban” ).  We also reported the story of Danka Barteková, a professional skeet shooter underwent a blood test to measure lead level in her body to dispel the myth of “poisonous ammo” . Yet, as expected, the European Commission is going further along the same lines.

FACE, the European Federation for Hunting and Conservation – a non-profit-non-governmental organisation that represents the interests of Europe’s 7 million hunters, the largest democratically representative body for hunters in the world and probably one of the largest European civil society organisations – understands that ECHA will publish the dossier on its ‘Registry of Intentions’ in the coming months. From there, ECHA is required to prepare a restriction proposal within 12 months. 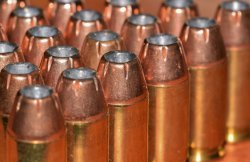 The “lead ammo ban” concerns both hunters and shooters.

“Although FACE supports phasing out the use of lead shot over wetlands, it d oes not support general bans on lead in ammunition ,” they explain in a press release. “From FACE’s perspective, any further measures beyond lead shot over wetlands must be proportional with the demonstrated risks to wildlife populations and human health via game consumption.”

FACE also notes that “this request from the EC to ECHA comes at an interesting time when the EU, through REACH [the European Regulation on Registration, Evaluation, Authorisation and Restriction of Chemicals], is currently working on developing an EU-wide restriction on phasing out the use of lead shot over wetlands, which emerged from an EC request to ECHA in 2015.” FACE point out that “the restriction on phasing out lead shot over wetlands has sparked frustration within the hunting community,” adding that “if ECHA recommends that a wider restriction on lead in ammunition is necessary, this approach is likely to be extremely complex in terms of establishing actual risks to wildlife populations and human health particularly regarding the available risk management measures.”

CIC: "Particularly concerned by this move"

The International Council for Game and Wildlife Conservation (CIC) , a politically independent advisory body which aims to preserve wild game and hunting, also says to be”particularly concerned by this move”. “ The matter cannot be boiled down simply to an issue surrounding the toxicity of lead,” CIC points out. “It is clear that any further measures beyond the restriction of lead shot over wetlands must be proportionate to the demonstrated risks to wildlife populations (including welfare), human health via game consumption (taking into account risk management measures), and overall environmental impacts from the full life cycle of ammunition production and use.” The CIC, in close contact with FACE will continue to follow this issue very closely.

AFEMS: "The action of EU Commission and ECHA against lead in ammunition  is not based on sound scientific information"

AFEMS (Association of European Manufacturers of Sporting Ammunition) supports the protection of the environment and wildlife. However, the action now being proposed by the European Commission and ECHA is not based on sound scientific information and in our opinion would be disproportionate to any risks. AFEMS will follow this issue very closely through active dialogue with the Institutional stakeholders, and in close cooperation with all interested parties involved, for the best interests of the environment, the safety of hunters and sport shooters, and the welfare of animals. (Source: Official AFEMS press release dated Sept 5, 2019).

A comment by all4shooters.com on the EU Commission's planned lead ammo ban

This initiative by the EU Commission and ECHA at the end of August 2019 has the potential to completely stop the use of shotgun ammo in hunting. Today, many hunters and industry representatives do not yet fully understand the implications of the currently planned measures.

Don't we have alternatives with other materials? you must be wondering. It gets really exciting here, and the answer is short: Not really!

Point 1: When it comes to ecotoxicity and toxicity to humans, it has not yet been clearly proven how harmful lead in ammunition really is. There are obviously ECHA data which are based on projections, but they don't take particle size into account. When we talk about lead in ammunition, that's probably the crucial point. Projections instead of scientific studies do not do justice to the subject - and FACE and CIC also denounce that.

Point 2: Alternative materials for ammunition look worse than better. And let's be honest: once shotgun ammo is banned by law, bans on other types of ammunition will follow soon. In many areas lead for rifle cartridges is already no longer allowed. Many of these alternative bullet materials work quite well, but once lead in ammunition is completely banned, new arguments will quickly be found against the alternatives. First shotgun ammunition, and then ball cartridges. Got the message?

That's why education is so important in this vicious circle and it's high time that our lobbyists at industry and association level put their foot down to defend themselves against this prohibition scenario on behalf of all hunters and sports shooters. Once the first step has been taken with regard to bans, others will follow - and this must now be prevented with all power and good, fact-based arguments.

Task forces in industry are in many companies . We are slowly beginning to act across competitive boundaries and forge strategic alliances. This is in the interest of all of us who not only love hunting, but are also aware of the role of hunting in ecology and animal welfare.

What will happen in the next months? We'll keep you fully informed here on all4shooters/all4hunters. In the meantime, the long struggle in which European hunters and shooters are faced with restricting attempts by EU clearly continues.


Subscribe to the Newsletter
This article is also available in this language:
DEIT
Click here for more information on the topics:
LawAmmunition
That might interest you too: