The 28th World Muzzle Loading Championships just ended in Eisenstadt, the capital of Austrian Burgerland. Also this year Pedersoli was one of the main sponsors of the event and brought home a long list of winners.

With a total of 395 shooters and 1661 matches, between August 19th-25th, 2018 in Eisenstadt, a town of the Austrian Burgenland, the 28th World MLAIC Championships for target shooting with muzzle loading guns were held. 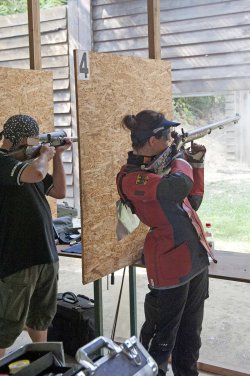 With 44 medals, Germany ranked first, followed by France with 25 medals and Great Britain with 17.

Pedersoli, one of the leading manufacturers of the guns used in these events, was the main sponsor. And as every year, the Italian company recorded a good performance with guns that made the podium. All in all, Pedersoli manufactured guns from Gardone Valtrompia won 46 of the medals: 14 gold, 12 silver, 20 bronze medals, plus one new World Record.

The Pedersoli Swiss Match rifle with which Achim Baller won the gold medal with a score of 99/100 in the Pennsylvania discipline.

“We conclude by thanking the organizers and the entire staff of volunteers, always smiling and helpful, not caring about the fatigue and the heat and we also thank the 395 athletes, of course, who have once again been able to stand out, by showing tenacity, sound values and the spirit of sportsmanship,” said Stefano Pedersoli, the company’s marketing manager.

Victories achieved with Pedersoli guns in different disciplines. In total, they are 46. In the table, the individual performances. 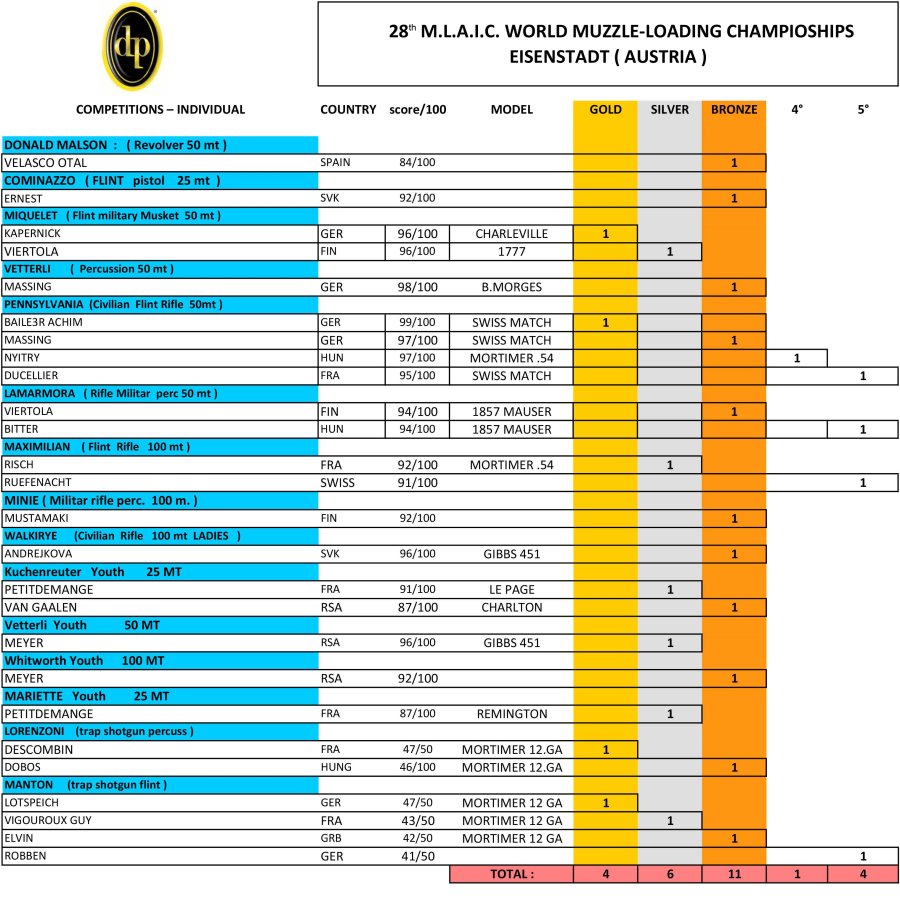