If you like to shoot at longer distances, but don't like to lose time by covering 300 m – and, in the case of long-range shooting – sometimes over 1500 m, you can rely on technical support nowadays. Does the target camera system from the manufacturer SME - Shooting Made Easy from Texas provide a remedy here? STROBL.cz sent us the SME Bullseye Camera System in the Sniper Edition and the Sight In Edition for testing.Test: SME Bullseye Target Camera System for long-range shooters from the STROBL.cz offer 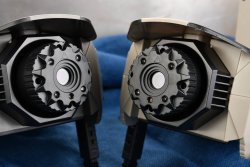 Christian Wagner
Around the camera lenses of both Bullseye target cameras sit 4 LEDs each, which illuminate the target in night mode.

Target camera systems can make life a lot easier for shooters, especially at longer ranges. Whereas the evaluation of the hit image is still relatively easy at 100 m, it is much more difficult at 300 m or long-range distances of one mile (approx. 1600 m). Importer and online store operator STROBL.cz has an interesting solution from SME (Shooting Made Easy) in its range, which lives up to the name of the manufacturer. We are talking about the Bullseye Camera System, which STROBL.cz supplied to us in both variants for the test.

There is the "Sight In Edition" with a range of 300 yards (274 m) and the "Sniper Edition" with a maximum range of 1 mile (1609 m). Both designed to make your training easier, improve evaluation capabilities, and save a lot of time and distance. 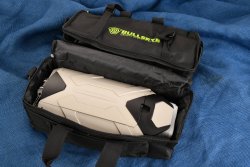 Christian Wagner
Both Bullseye cameras are packed by SME in a compact carrying case.

The components of the Shooting Made Easy Bullseye target cameras

Where the previous model was in an MTM ammunition box with many individual parts, the SME Bullseye Camera System is all in one unit. The target camera system is housed in a robust carrying case and, with the exception of the detachable charging cable, all the necessary components are contained in a plastic housing.

There is the Bullseye camera itself 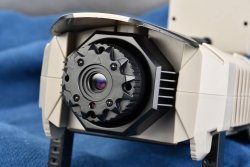 The target camera sits at the top of the case and is protected by a large foam cover for transport. Compared to the previous model, the HD resolution has now been increased from 720 p to 960 p (1280x960 pixels), which is a noticeable plus in practice. The camera is mounted in a ball joint and can be moved by 15° in any direction for fine adjustment and thus be placed as close as possible to the target. There are 2 more foldable and extendable stands mounted under the housing, which also help to perfectly align the Bullseye camera with the target. However, you can also easily screw the SME Bullseye Camera System onto a tripod instead. A 1/4" tripod thread is located on its underside.

A sunshade integrated into the housing protects against too much sunlight. But what do you do if the opposite is the case and you only train at a later hour? The "Auto Night Mode" can be activated underneath the camera. This is a brightness sensor that automatically switches on 4 LEDs next to the camera lens when there is too little light. They then illuminate the target very brightly. Well done and a very welcome feature in low light conditions.

How does the image transmission of the Bullseye target camera work? 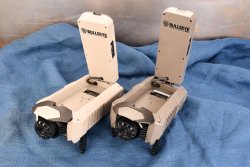 Now how does the camera's image get to you, you might be wondering? Quite simply via Wi-Fi connection. In the back of the target camera housing lies a strong, foldable and rotatable Wi-Fi transmitter that transmits the camera data to your smartphone, tablet or PC with only a slight time delay. The app "Bullseye Target Manager" is available for Android and iOS devices.

How does a Wi-Fi connection work at a distance of over 1600 m? Here, too, Shooting Made Easy has thought along and integrated a retractable Wi-Fi repeater into the Bullseye Sniper Edition. This amplifies the Wi-Fi signal of the target camera and can be placed in the middle of the range. So that it does not have to stand in the match or in the grass, it also has a 1/4" tripod thread on its underside. 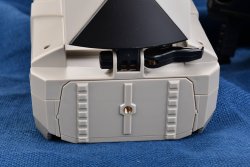 Christian Wagner
Under the adjustment for the Wi-Fi transmitter, the Wi-Fi repeater is integrated flush into the housing of the SME Bullseye camera.

Power is supplied to both the target camera system and the WiFi repeater via a built-in rechargeable battery. Underneath a rubber cap on the left side of the case, each has an on/off switch and a port for the included charging cable. One battery charge should be enough for 12 hours of use of the Bullseye Camera System.

Wi-Fi signal strength is easy to check using several LEDs on the side of the transmitter and repeater. The name of the Wi-Fi network used to connect to the SME target camera system can be found inside the case when the transmitter is opened. We tested the pairing with an Apple iPhone 8 and a Samsung Galaxy S9+. It worked within a few seconds with both devices (as long as they were not still connected to another WLAN network). 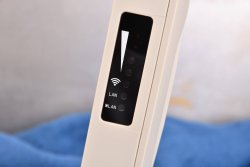 Christian Wagner
The signal strength of the Wi-Fi network can be seen on the side of the housing of the SME Bullseye system.

The Bullseye Target Manager by SME – An app for target evaluation

Our author Daniel Lang had already engaged in his test of the first Bullseye Camera System. Here you can read his impressions:

The free software that processes the camera's video signal has the same structure on both operating systems and differs only a little in its display. The Bullseye camera's software offers features that make evaluating the hit images many times more pleasant than with some other target cameras. The camera is set up directly on the target. Here, the live image is used to align the camera with the target so that the shooter can see the entire target on the display. However, the live image does not appear smooth, but rather very choppy - which is not a problem for the setup and later evaluation. The camera does not have to be positioned at a right angle in front of the target. A special feature references slanted images. To do this, mark the four corners and the center of the target and optionally enter the edge lengths of the target and the shooting distance. The software now rectifies the image – the monitor displays the target at right angles. By the way, all measurements can be given metrically or in the Anglo-American measurement system. For even better evaluation, a grid with freely selectable line spacing can be placed over the target. 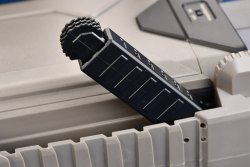 Christian Wagner
The foldable and extendable feet help with the alignment of the Bullseye target camera, which we received from Strobl.cz for testing.

Before the first shot, you switch from "Live Mode" to "Shooting Mode". You are looking at a frozen image. If you now place the first shot on the target, you press the "Show Shot" button to display the hit. The special thing about this is that the image changes constantly, namely before and after the shot. As a result, the shot constantly flashes and disappears again. This special tool allows an excellent distinction of the last hit in case of several bullet holes on the target. If you now mark the hit by clicking on it, it is displayed as a colored dot with a consecutive number. A total of 5 different colors are available. Therefore, you can shoot at a target with 5 shooters and keep the hits apart without any problems.

With the SME Bullseye Camera System you can calculate and display the grouping circles. This is done within the software on a separate level. Distinguishing between several shooters is no problem here either, as the evaluation of the groupings is based on the different colors selected. The grouping is evaluated with height and width as well as with 2 radii and the distance to the target center. 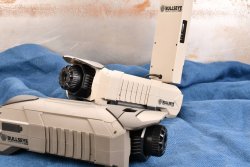 Christian Wagner
Almost 6 times the maximum range is available in the Sniper edition
(rear) at less than twice the price at STROBL.cz.

Conclusion about the two Bullseye target cameras from Shooting Made Easy

Once again, the guys from STROBL.cz were able to show us that they have a knack for importing really good products from the USA to Europe. The SME Bullseye Target Camera System impresses not only with a very user-friendly and easy to use software, but also with an extremely well thought-out intelligent design. Down to the smallest detail, everything here fits together and into each other, can be set up in a few minutes, so you can fully concentrate on your shooting training.

For more information on the Bullseye Target Camera System please visit the Shooting Made Easy website or the online store of the importer STROBL.cz.

Subscribe to the Newsletter
This article is also available in this language:
DE
Click here for more information on the topics:
Accessories 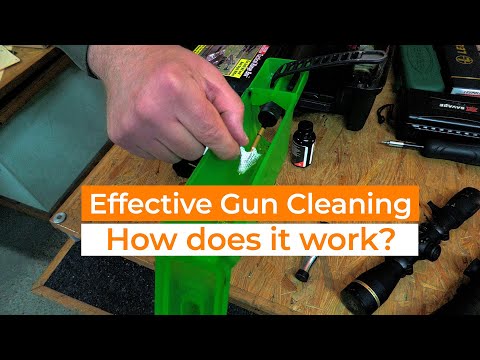 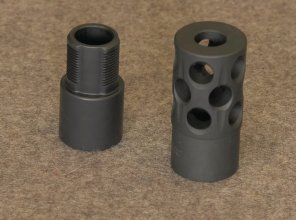