Report: driven hunting in South Africa – What guns, ammo and optics are used?

In the first part of our driven hunt report from South Africa we talked about the importance of hunting for the people there and the effects of Covid-19 on them. In this part, we look more at local driven hunts and the equipment required. In the report and in our video we show you the guns used by our team, the corresponding optics and the appropriate ammunition. 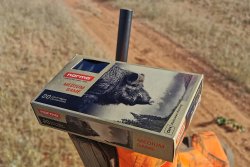 We would have liked to test the Norma Bondstrike in a long-range test in the Kalahari, which was not possible because of Covid-19. It cut a good figure in driven hunts, anyway.

In Namibia we wanted to test primarily the Norma Bondstrike, launched this year. For the reasons described in part 1, "How the Coronavirus influences hunting in Africa" – namely, the entry ban into Namibia – we were not able to test the bullet at long distances in the Kalahari. Norma advertises the BC value, the flat trajectory and the inherent accuracy, since the bullet was developed primarily for long distances.

We were therefore only able to test the killing effect of Bondstrike ammo at short ranges on a driven hunt. The target ballistic effect was very good with the game we fired at. Shooting distances averaged 50 m and all animals were almost killed on the spot – except for one strong wildebeest, which had an escape distance of 200 m and then died. Here the hit was also just behind the diaphragm. The killing effect on medium-heavy game at short ranges is impressive.

On the first day we had the opportunity to accompany a hunter who used Federal Ammunition Power-Shok .375 H&H Magnum, 300 grain Soft Point ammo to take down an eland. Despite the good shot behind the shoulder blade, the effect on the animal was such that it went a good 100 m before dying. More ammo knock-down power would certainly not have hurt in this case... 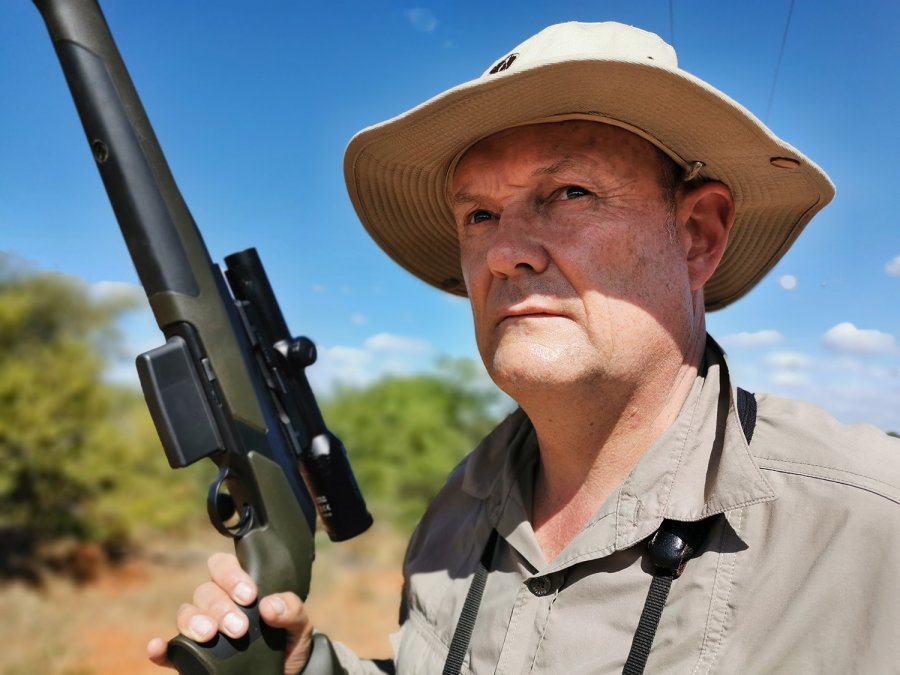 The Merkel Helix fitted with a Kahles Helia 1-5x24 riflescope.

Searching and dangers during hunting in South Africa

The searches on driven hunts in South Africa are carried out by two local trackers and a professional hunter with young Bavarian Mountain Smokehounds (BMSs). The challenge for dog and handler is the climate, namely the drought. At temperatures of over 30°C fresh sweat tracks dry so fast that it's quite hard for any kind of sweat dog to follow a track. In addition, the dog's nose needs to be moistened regularly so that the receptors can work at their best. 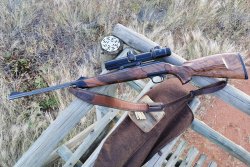 This Blaser R93 is in caliber 9.3x62. This is not the fastest cartridge, but the ammunition from RWS was very effective.

Most of the searches were done by the two trackers. Both know the region like the back of their hand and also the dangers lurking in the bush. It is not uncommon to encounter lions, buffalos and even black mambas. Therefore, the hunting guest is strictly instructed to follow the instructions of the hunting management and to follow the tracker only if he gives his okay and there is no danger.

If you are bitten by a snake, you should keep calm and have your mobile phone at hand. Why the cell phone? It is important to know that we are in the middle of the bush and at least 30 minutes away from the next village. There are about 20 different poisonous snakes here – including spitting cobras, puff adders and black mambas. A bite usually has fatal consequences, as it is often not clear from which snake the bite comes. Therefore, after a snake bite, keep calm and take a picture of the snake so that you know what bit you and they can administer you the correct antidote.

As a rule, however, encounters with lions, leopards or snakes are rather rare, as they perceive people much earlier and avoid conflict. It becomes dangerous when snake, buffalo or lion have no possibility to escape and go over to attack. The black mamba in particular should not be underestimated – it is considered one of the fastest snakes in the world and is extremely aggressive when it feels threatened.

Against this background, the work of the drivers on such a driven hunt can be admired. The biggest difference to the typical driver at home is that the South African "beater" is extremely loud. It is a spectacle when almost 100 people run through the bush and bring the game on their heels with songs – did we mention that the percentage of women is very high?  You probably won't experience something like that in Europe. Dogs are not used during the hunt.

Which guns, optics and ammunition from Krieghoff, Kahles, RWS and Norma were used during our driven hunt in South Africa? 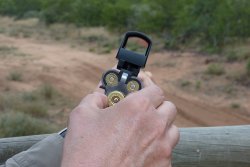 Products of these brands were the focus of our hunt and the associated practical tests. But our guests also had other equipment at the start, which we do not want to withhold from you here.

The shooting of game animals here is done according to strict rules, which should prevent a shot discharged at a game animal from hitting other animals nearby. First, the calf or the youngster, then the adult game animal. Wild game often moves so quickly that you have to pick a huntable animal from the pack. Two shots are usually enough to cope with it, which is why a double rifle drilling – in this case a Krieghoff Optima with a Leica Tempus red dot sight – is also justified on such a driven hunt. Jackals or small antelopes, such as duiker or steenbok, often change over at short range so that they can be shot with shotgun ammunition. Shooting is only done out of the drive with at least 45 degrees to the neighboring shooter.

In any case, the Leica Tempus red dot sight was more than effective. In combination with the Krieghoff Optima double rifle drilling, it's very well suited for this driven hunts. A quick look at the ammunition: the RWS Evo Green in 9.3x74R caliber left nothing to be desired in terms of target ballistics and also produced sufficient shot marks and exit wounds for larger game such as eland or oryx. Equipped like this, the hunter can be sure that the ballistic effect of his ammunition is more than enough.

The Kahles Helia 1-5x24 hunting riflescope, which we already used on the driven hunt in France in December 2019, is becoming more and more an insider tip. Here too the optic lived up to its name. We still think that it's hard to find something better than the Kahles in this price range. Compliments to the manufacturer from Austria. 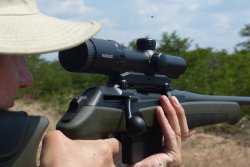 This combination had already impressed us during previous driven hunts: Merkel Helix with Kahles Helia 1-5x24.

Let's come back to ammunition. Norma in particular enjoys a very good reputation in Africa. We don't want to hide our experiences with the 9.3x62 18.5 g/285 gr cartridge, that one of the hunting guests had used successfully several times. The stopping effect of this ammunition is huge, even if it's not the fastest bullet on the planet. All game animals either fell on the spot or had extremely short escape distances of maximum 50 m.

The shooter used a Blaser R93, fitted with a Zeiss Victory V8 1.1-8x30 driven hunting scope. Zeiss advertises the scope with the pithy words, "The most versatile riflescope from Zeiss”. We naturally wanted to know what the shooter thought of Zeiss, and asked. The result was not really surprising, because Zeiss has been a fixture in the hunter's family for years and is hard to imagine being without. Quality simply prevails in the long run, regardless of whether the brand is Zeiss, Leica or Kahles. We'll only say this much: in our opinion, Kahles is clearly ahead in the price/performance comparison.

On the first, and probably last driven hunt in 2020 due to the worldwide Corona Pandemic, 188 game animals were counted at the end of the hunt – 19 different game species, among them classics such as blue wildebeest or warthog, but also eland antelope and kudu made the route colourful. 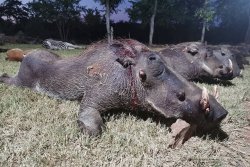 Besides these warthogs, the list included 18 other game species.

The hunting concept benefits the surrounding villages. In total, 150 people earned their livelihood during the hunting season. All income from hunting licenses and game sales benefits the communities in the region and is used to build schools and health facilities. The driven hunt concept is certified by the regional environmental authority and has been rated as one of the most sustainable solutions.

We all live in the hope that the Corona pandemic will end as soon as possible and that part of the driven hunts planned by K&K Premium Hunting will take place at least in the 3rd quarter of 2020, if guests are allowed to visit this beautiful region in South Africa again. Because this hunt also offers a high experience factor for the participants. The variety of species is impressive and is not limited to 3-5 species of cloven-hoofed game as their home countries.

"Let's fight this crisis as a Family, together we are strong", was Kai-Uwe Kühl's farewell to the District Administrator of the region and the Secretary for Environmental Affairs.

Subscribe to the Newsletter
This article is also available in this language:
DERUIT
Click here for more information on the topics:
CultureHunting stories
That might interest you too: