Norma Bondstrike Extreme: the latest hunting ammunition with the world's best BC value for long ranges

The long-established ammunition brand Norma from the far north started the year 2019 with an extensive update of its advertising presence featuring a new logo design. To this end, the Swedes presented a further development of their product catalog. The most exciting product among them is probably the new Bondstrike Extreme bullet, which offers world-class outstanding performance values, especially for long range hunting. We shot the premium ammunition for you in .30-06 calibre. See also our video!

In a small Swedish village called Åmotfors, top class ammunition has been developed and produced for 117 years now. Founded in 1902, Norma can look back on an extremely long experience in the production of premium ammunition for hunting and sports - both in Europe and the USA.

With the Norma Bondstrike Extreme the hunter becomes a long-range shooter. The extra-flat trajectory also offers accuracy and safety over long distances.

The ranges that have been in demand for some time in sports shooting, but also increasingly for hunting, are also extremely long – and increasing. The new Bondstrike Extreme ammunition line also features the "Boat-Tail" bullet rear from the sports sector. Together with its streamlined polymer tip, the Bondstrike Extreme is designed to deliver superior performance over all conceivable distances. This would make it the ideal ammunition for long range hunting, being optimally equipped for today's hunting requirements.

The bullet can also unfold its full effect at medium ranges. Unlike most other bullets, which are designed for either medium or long ranges, the Bondstrike Extreme is designed to offer a convincing mushrooming performance in any hunting situation, from 50 m to an astonishing 1,000 m and with unique accuracy thanks to its flat trajectory! Norma proudly refers to the ballistic coefficient (BC) of 0.615 achieved by the Bondstrike in .30 calibers. This is the world's best value in this class!

Distances of 1,000 m are of course not an issue in Europe, but in the USA they are. With excellent results, Texas hunters have used the Bondstrike Extreme to contain the plague of wild boar from long ranges. With extreme accuracy and a convincing killing effect, the Bondstrike is said to be unchallenged under these conditions. However, the bullet should also be able to fully exploit these advantages from ranges of 50 - 100 meters.

Thanks to the bonding technology of the bullet, a very high residual weight and a corresponding depth effect are ensured. The thinner front bullet jacket and the fast and controlled mushrooming create a consistent wound channel in game at all velocities. The consistently high knock-down power of the Bondstrike Extreme guarantees a perfect bullet performance in wild game body. This aspect should be of particular interest for hunters in Europe, where hunting over long distances is still less common.

At the same time, the outstanding ballistic properties of the Norma Bondstrike Extreme offer the hunter sufficient margin to be able to hit safely and accurately over long distances. The cartridge is suitable for medium to large game, such as roe deer, deer, moose and antelope. Its expansion characteristics and superior stopping power are designed to bring a large moose safely to the ground with a single shot, even at long ranges.

Together with the bullet characteristics, that are mainly known from the match area, the use of a special bonding technology enables a novel combination of accuracy with a fantastic BC value, penetration thanks to the very high residual weight, and stopping power thanks to the fast expansion. From test barrels, we measured velocities of 840 m/s with the 180 gr / 11.7 g Bondstrike Extreme!

A Helix Alpinist in caliber .30-06 Springfield by Merkel, equipped with a Hausken 224 Light XTREME suppressor, was brought to the shooting range to test the ammunition. On the test gun a GECO Gold 2.5-15x56i scope was mounted. The Helix Alpinist is a straight-pull bolt-action rifle. Our test gun featured a green polymer stock with height-adjustable cheek piece and soft-touch surface. The stock is extremely sturdy and allows for an ideal firing position with the 106 oz / 3000 g rifle. Instead of the standard 3-shot magazine, the optional 5-shot magazine was used for the test. The suppressor performed perfectly in combination with the rifle. The noise reduction was impressive (the noise reduction compared to unsuppressed shots is also clearly noticeable in the video). Accuracy in the test was also beyond dispute. All in all, this rifle and silencer combination proved to be the optimal equipment for testing the Norma Bondstrike Extreme. Not only did it deliver accuracy, but the shooting was also a lot of fun for everyone involved in the all4shooters team. 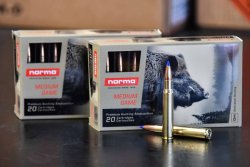 Norma offers the Bondstrike Extreme in 5 calibers. The bullet weight is always 11.7 g. Reloading components are supplied too.

Norma advertising promises to stand for commitment, passion and enthusiasm in the field of hunting and sports shooting and, driven by this promise, to ensure the continuous development of its world-famous ammunition. The Bondstrike Extreme is the latest creation by the Swedes, who have already inspired many demanding hunters with their extremely impressive performances in a number of disciplines. Börje Sylvén, ballistics expert at Norma, stated: "This is the most accurate long range bullet we have ever made!"

After our first test of the ammunition on the firing range, we are convinced that with the Bondstrike Extreme Norma will absolutely live up to expectations.

By the way, the Bondstrike Extreme is also very interesting for the reloader. The required data can be found directly on the Norma reloading page.

More information on the Bondstrike Extreme can be found on the new Norma website.

Subscribe to the Newsletter
This article is also available in this language:
DERUIT
Click here for more information on the topics:
NormaAmmunition.30-06 SpringfieldLong range shooting
That might interest you too: 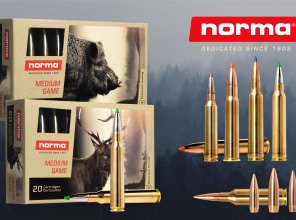 norma06/08/2021New cartridges for 2021: new hunting and sporting ammunition from Norma – All data and prices

+++ June 2021 UPDATE +++ Two new hunting loads in 6.5 Creedmoor are now available too: watch the our exclusive video to learn more.

IWA OutdoorClassics / New for 2021: Norma, the long-established ammunition brand from the far north, presents even more new calibers and loads for many of its appreciated products. Users of Bondstrike, Ecostrike, Tipstrike and Evostrike can look forward to new … 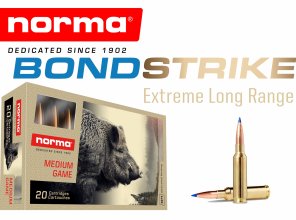 New for 2020: The Norma cartridge with the Bondstrike bullet was already introduced in 2019 – all4shooters.com tested it in .30-06 back then. It's a hunting cartridge with an impressive BC value, especially for long distance hunting. Now the high-class brand from Sweden is following suit with cartridges for the popular long range 6.5 mm caliber family. 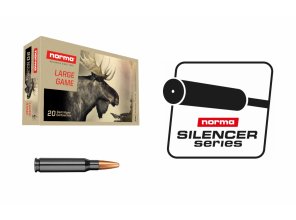 New for 2020: Hunting with silencers/suppressors – where allowed by law – is gaining more and more supporters in Europe. This is often accompanied by short barrels for hunting rifles. Norma is therefore launching its new „Silencer Series“ with ORYX bullets on international markets from summer 2020. Discover what the developers had in mind for the new ammunition on all4hunters.com.

norma03/08/2019Norma new products at IWA 2019: new corporate image and a bullet with outstanding BC value

IWA 2019 / New from Norma: the Bondstrike extreme rifle cartridge, .17 HMR V-MAX and .22 WMR JHP rimfire cartridges as well as a sharper brand image with a new logo design. The Swedish premium manufacturer Norma updates its advertising presence and shows an innovative and sophisticated product range. The most exciting product is likely to be the new Bondstrike Extreme bullet, which has a ballistic … 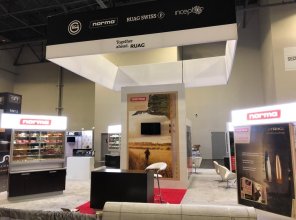 SHOT Show 2019 / New from Norma: Bondstrike ammunition for long-range hunting. Unlike Europe, in the US the trend towards long-range shooting also involves hunting. That's the purpose of Norma's innovation. But there is a lot more news from Norma: a modernized brand design with new packages and a new website for the USA. Here on all4shooters.com you can find all you need to know and what awaits … 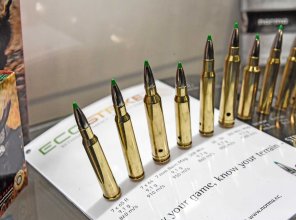 The Swedish company Norma Precision, which has been producing small arms ammunition in the Amotfors factory for over a century, today is on the market with the new Strike line in the versions ECO and TIP. 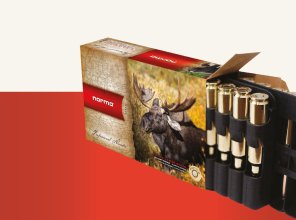 Hunters are given practical shell holders ‘out-of-the-box’ when they buy hunting ammunition by Norma. The five-round modules keep the ammo safely and firmly tucked away. The rounds are easy to extract from the packaging for use in hunting situations. What’s more, the holders are made of eco-friendly materials. 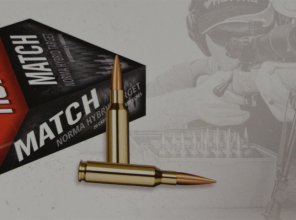