Hunters visiting South Africa know hunting in this country primarily as a solo business. As a rule, a hunting guest is guided by a professional hunting guide. The beautiful South Africa offers more than 8,000 hunting opportunities. A huge selection that runs into heavy seas under the influence of Covid-19. What is the current situation in March/April 2020 and what are the consequences?

Social or driven hunts as practiced in Europe are only known from hearsay in Africa. But they do exist, whether hunting flying game or hoofed game. These concepts have been developed over years with the know-how of driven hunt experts from Europe. However, these hunting concepts have also recently come under pressure and the influence of Covid-19 is massively felt. Anyway, for some people who only associate Africa with individual hunting and who do not warm up with driven hunts as such, this is no great loss. That here above all individual human fates could be affected too, does not come to most hunting guests' mind.

Covid-19 has these consequences for our team in South Africa

These are strange days at the end of March 2020, when our group travels to the border of Botswana. There a 6-day driven hunt will take place north of Alldays, on the more than 14,000-ha large area of the local community. The local driven hunt has been organized and marketed for years by K&K Premium Jagd from Germany and their Belgian partner. 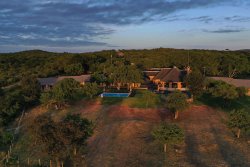 Mathias Haack
The luxurious lodge that was the accomodation for the hunters.

Already on the journey to South Africa our cameraman had to cope with a heavy loss. The international transport routes are no longer what they used to be – namely, safe. Apart from that, technology can be replaced, but the complete loss of the camera equipment was only the beginning, because one day after our arrival the Corona crisis started in the southernmost country of Africa and it will not only be a huge problem for the townships of Cape Town, Johannesburg or Durban. The crisis will also have a massive impact on the hunting industry in South Africa. But more about that later. 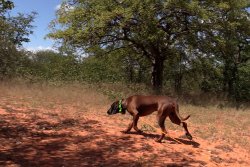 Mathias Haack
The income from hunting licenses and game is entirely for the benefit of the community and the surrounding villages.

Over the days, the uneasy feeling became stronger and stronger, the question if we should travel back to Germany or complete the second project in Namibia kept us busy, when the inevitable happened: Namibia closed the borders. Now the economic damage became even bigger. Not only our second group from Germany was not allowed to travel, but also our practical test with the new Norma Bondstrike suddenly fell through, and with it the film project. Suddenly, everything was upside down and we had to keep our nerves in check. We had come to South Africa to present the project in all its diversity. The fact that driven hunts do not belong in South Africa is probably to be seen as a misunderstanding, because shooting plans must be fulfilled here as well. It's important to know that this driven hunt is a unique pilot project in southern Africa, for which the organizers had to take a lot of criticism at the beginning. But little by little the skepticism of many critics disappeared and so the project took off, which would end abruptly due to the Corona crisis in spring 2020.

The land on the border to Botswana belongs to the people from the region. Here, hunting is practiced on leased grounds. The income from hunting licenses and game is entirely for the benefit of the community and the surrounding villages. This means that the whole thing, i.e. every piece of game shot and its proceeds, goes entirely to local communities.

Why is hunting tourism so important for the region, and what are the far-reaching consequences for the people in South Africa?

The region is characterized by a warm to very warm continental climate. Agricultural cultivation of the land is not possible, so the only source of income for local communities is professional hunting. Guests come, or came, mainly from Europe and America, and there were also repeated attempts to establish photo tourism in the region, but this area does not offer the spectacular panoramas of the Cape region or the nearby Kruger National Park. 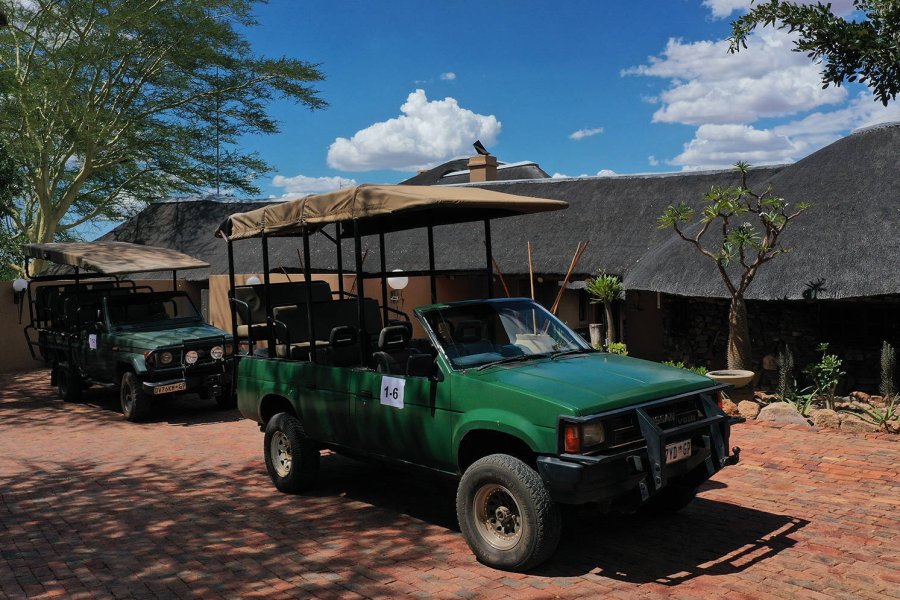 Mathias Haack
With 14,000 hectares of hunting ground, the hunters were dependent on the car to get to the driven hunt stands.

As mentioned before, shooting plans have to be fulfilled in South Africa. And there we are already in a dilemma, because the overall classic single hunt is much more expensive than an organized driven hunt with up to 23 different game species. With the outbreak of the Corona crisis in South Africa, the hunt in March 2020 was in all likelihood the last hunt of the year, as there is currently a complete ban on entry for guests from abroad.

For local communities on the whole this means less income, less meat, and also the construction of the school – which would be financed from the proceeds – is postponed until further notice. A major concern of the District Administrator William is that with the loss of income, now the crime rate in the region will also rise. That poaching will increase is as certain as the Amen in the church. Not good prospects for the near future...

Note on our own behalf: our cameraman and author Mathias Haack has been stuck in South Africa with his companions since mid-March. The corona virus and the sudden lockdown had taken the group by surprise. We keep our fingers crossed for a safe and quick journey home.