German optics manufacturer Noblex is adding another model to its inception riflescope line. The special feature of the new Noblex NZ8 2.5-20x50 inception with 8x zoom is the enormously increased magnification range from 2.5x to 20x in combination with the newly developed reticle called MHR (Mil-Hunting-Reticle). As a result, the NZ8 is not only recommended as an all-round scope for conventional hunting at medium and long distances, but its magnification of up to 20x means that it can also be used as a quasi spotting optic for clearly targeting game at long distances or, for example, for mountain  chamois hunting.

A contribution from Andreas Wilhelmus11/22/2022

The aluminum body of the Noblex NZ8 2.5-20x50 inception has a 34 mm center tube and is reinforced in the lens area for clip-on attachment.

Manufacturer Noblex calls the all-rounder NZ8 2.5-20x50 inception hunting scope "a true hybrid riflescope, as it is also perfect for sport shooting". We at all4shooters.com have also already had the opportunity to fire a few shots with a long-range rifle fitted with the brand new NZ8 2.5-20x50 inception. Our first impression of the new Noblex glass was thoroughly positive.

Advantages of the MHR reticle of the Noblex NZ8 2.5-20x50 inception 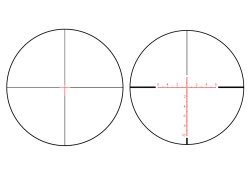 NOBLEX
The graphic illustrates the filigree design of the MHR-FFP reticle of the NZ8 2.5-20x50 inception, newly developed by Noblex, at lowest (l.) and highest magnification.

The new MHR reticle is in the 1st image plane and offers the shooter multiple possibilities to measure or estimate important parameters basing on reticle subtentions. Due to the positioning on the 1st image plane, there are no problems here with the point of impact shift after magnification changes, which occurs in comparable models with reticles in the 2nd image plane due to the design. In contrast to previously used reticles in the 1st image plane, in which large areas of the target were often obscured by the co-magnifying reticle, the MHR reticle of the new NZ8 is now so filigree that it hardly obscures the aimed object even at maximum magnification. At low magnification, it resembles a Plex reticle with fine crosshairs in the center. At high magnification, the additional MRAD markings become clearly visible and help the sporting shooter fully exploit the potential. For quick magnification changes, the new NZ8 also has a lever on the magnification ring, which has been lengthened again compared to the previous inception models, so that it can be operated very easily even with gloves. 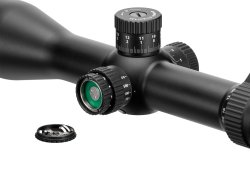 NOBLEX
The left turret of the Noblex NZ8 2.5-20x50 inception houses the battery compartment and the reticle illumination control, as well as the parallax adjustment ring.

In the left turret of the NZ8, Noblex has integrated the parallax adjustment in addition to the dimming and the battery compartment for reticle illumination. Especially when using night vision or thermal imaging devices, these additional devices can thus be more easily adjusted to the appropriate shooting distance. In addition, the parallax adjustment is of course an indispensable feature for long-range shooting. For the matte black hard-anodized housing of the NZ8, Noblex uses a special aluminum alloy that is also used in aerospace or aircraft construction. Especially for attaching clip-ons, Noblex has additionally reinforced the lens housing. This also allows thermal imaging or attachment devices with a suitable internal thread to be mounted on the riflescope without an additional adapter.

Included are flip-up covers to protect the objective and eyepiece lens. For the "1st Edition" of the NZ8, Noblex also adds a lens hood and a honeycomb filter (Kill Flash), which should especially please long-range shooters, but also the hunter who wants to hunt at longer distances. Noblex offers a 10-year warranty on the new NZ8 inception. The riflescope is scheduled to be delivered to authorized dealers before the end of November 2022 and will be available shortly at an RRP of €1,499.

Subscribe to the Newsletter
This article is also available in this language:
DE
Click here for more information on the topics:
Noblex HuntingOpticsRiflescopes
That might interest you too: 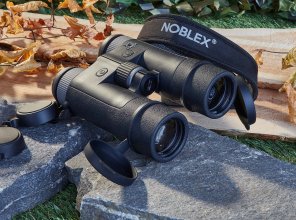 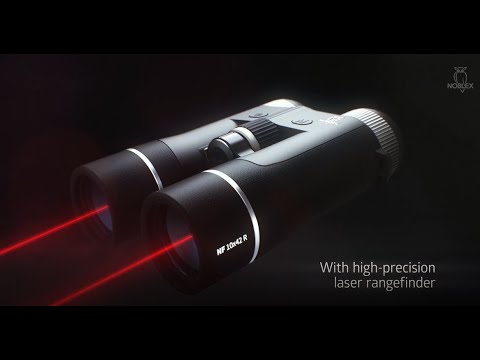 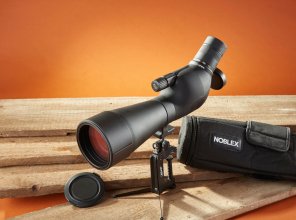 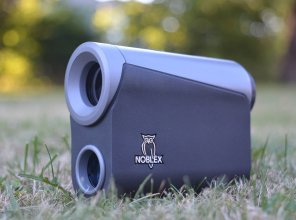 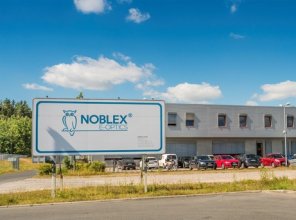 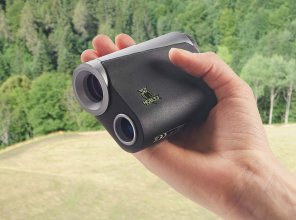 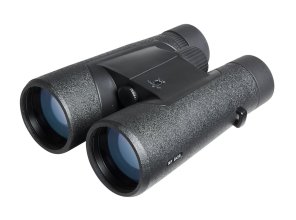 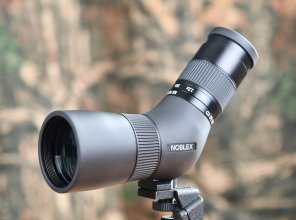