With the Six Xe 3-18x56 the U.S. brand Burris offers a riflescope with illuminated reticle in the second image plane. The glass offers a rich equipment and is quite clearly below the magic 1,000 euro limit. How does the optic with 6x zoom perform on the range?

Fifty years ago, Don Burris, previously a developer at the manufacturer Redfield, founded the optics company that is still named after him. Today, the brand offers optics for every application and budget. In addition to classic riflescopes and reflex sights, the company also offers prismatic sights and thermal imaging devices, the latter for both handheld operation and as clip-ons. Since 2008, Burris Optics has been part of the Beretta Group, just like Steiner. Burris is the price/performance brand. Prices for riflescopes start at just over 300 euros for a simple Burris Fullfield E1, but the company also offers very high-performance versions for the military, law enforcement and ambitious long-range shooters, for example with the models from the XTR III series – but the Burris XTR IIIs are then all priced well over 2,000 euros. The Four Xe and Six Xe series are in the mid-range price range, with the number in the name referring to the zoom factor of the riflescopes. The simplest small driven hunt glass of the Four Xe series with fourfold magnification factor is to be acquired thereby already starting from approximately 550 euro. The present model Six Xe 3-18x56 remains however still clearly under the magic border of 1.000 euro and it also comes with a ten year warranty.  In addition to the full-gro wn target versions with 56 mm objective, the series also includes a compact model with 24 mm objective and a magnification range of 1 - 6x. 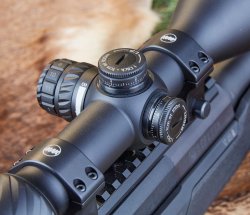 Marcus Heilscher
The reticle of the Six Xe 3-18x56 from Burris is adjusted in increments of one centimeter at a distance of 100 meters. 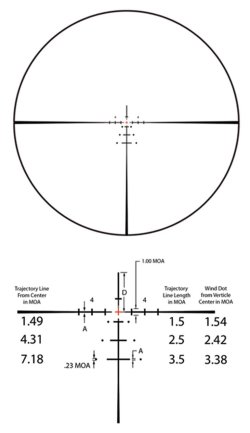 Marcus Heilscher
Only the cross in the center reticle of the Six Xe 3-18x56 is illuminated. The additional markings are for bullet drop and wind compensation.

The reticle on all Xe models is in the second image plane, so it always appears the same size to the shooter regardless of the magnification setting. The Six Xe 3-18x56 is optionally available with a SCR Mil reticle, a precision shooting reticle with a relatively extensive milliradian reticle or, as with the present test specimen, with the Ballistic Plex E3TM reticle.
This is a pleasantly clear reticle with fine threads and a few additional hold marks for elevation and wind drift of a typical long rifle bullet.  In the U.S. version, these would be 100, 200, 300 and 400 yards reticle marks with MOA-based measurements (MOA: Minute of Angle), plus matching windage marks for a 10 mph crosswind.

For the international version of the scope, however, the manufacturer has probably modified the reticle and reticle adjustment for metric units. And in the case of the present scope, reticle adjustment is also carried out in click increments of one centimeter. 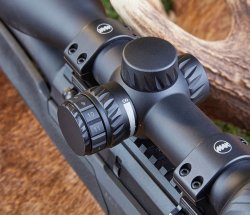 Marcus Heilscher
On the left of the Burris Six Xe 3-18x56, the inner adjustment ring is for adjusting the parallax compensation. Outside you turn the illuminated reticle and adjust the brightness.

Note: the Ballistic E3 reticle only illuminates the inner crosshairs. This is a very pleasant solution for the eye, especially in the dark, when shooting at a fixed target, where the shooter is exactly sure about distance and wind conditions, because here the entire reticle with all its bars and dashes is not illuminated.

In very poor light, however, one must then inevitably do without the use of additional, but unlit, reticle marks. The adjustment and finely tuned intensity of the reticle illumination is brilliantly achieved.

Starting with the zero position as the fixed point, the adjustment works in clearly perceptible click-stop steps for a total of eleven illumination settings. Turned up to full power, the reticle illumination can be clearly seen as bright red even in full daylight against a bright background.

The Burris Six Xe 3-18x56 riflescope in our practical test 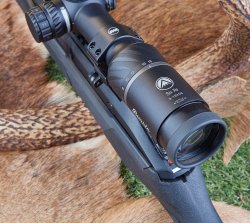 Marcus Heilscher
The magnification adjustment of the Burris Six Xe 3-18x56, at the eyepiece the diopter adjustment as usual.

The turrets clicks are very clearly perceptible and also quite audible in steps of 1 centimeter / 100 meters, the adjustment is done without tools by hand. The test model passed the "box test" without any problems. In the said box test, several shots are fired in succession and the reticle is adjusted each time in elevation or windage with the same number of clicks. If a square is formed and the last group of shots lands in the first group again, the adjustment mechanism is in order and works precisely and repeatedly.

Since the eye relief and the sensitivity of the exit pupil did not cause any problems even at high magnifications, we can give the Burris Six Xe 3-18x56 a good report card on balance. The Burris scope performs well both optically and mechanically, and use on two test rifles was completely stress-free and enjoyable, all at a very attractive price relative to the performance offered.

Test Conclusion: what the Burris Six Xe 3-18x56 can do

If you are looking for an affordable and good riflescope and reticle in the second focal plane in this magnification range, you should definitely take a look at and through the Six Xe 3-18x56. The quality of mechanics, finish, optics and electronics can impress, and with a 899 euro list price you also do not immediately break your bank account.

Subscribe to the Newsletter
This article is also available in this language:
DEIT
Click here for more information on the topics:
Burris OpticsHunting
That might interest you too: 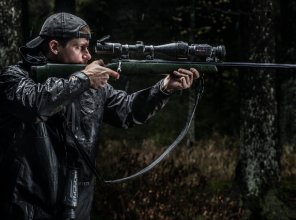 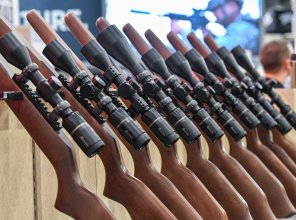 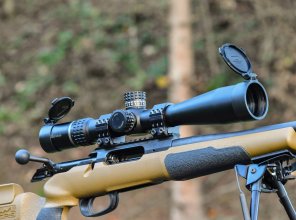 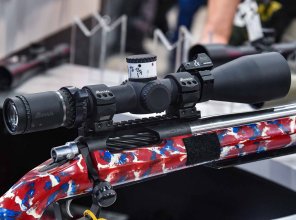 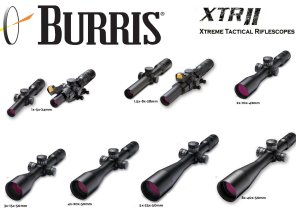 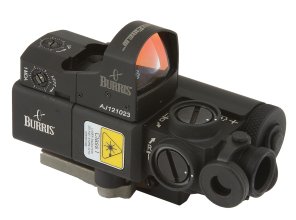