A lightweight boot with a look that is as sober as it is traditional, but with all the technical pluses in terms of materials and innovation that one would expect in a lightweight, modern, high-performance hunting boot. 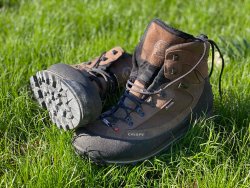 The design is that of a classic mid-height boot, typical of hill and mountain footwear. The look is in total contrast to the fashions of the moment. Substance, on the other hand, is plenty, given that from Vibram outsole up to the Goretex lining and the reinforcement bands in pure latex, there is everything you need – and nothing less!

The introduction of high visibility in most hunting clothing has been one of the greatest cultural achievements of recent years. And I say this with immense satisfaction, since it has been a battle personally led by the writer with all the means he had at his disposal.

On the other hand, there was no reason in earth why in walked-up hunts - first and foremost with dogs – and in the more intrinsically dangerous ones – such as wild boar hunting with hounds – participants shouldn't be as visible as possible!

At first, in a traditional world like the hunting one, resistance was immense and there were even those who called us fanatics. Now, everyone – or almost everyone – has understood this, so much so that there is no manufacturer that does not have in its catalog various collections featuring garments with inserts strategically designed to make the wearer visible in all conditions.

The advantages has been immediately immense, as much as threefold: 1) on the one hand, the security for those who wear them of not being ever mistaken for something else or not being seen in the bush; 2) on the other hand, the safety of the shooter who can't even accidentally aim a shot at a fellow hunter; 3) lastly, the fact of having transformed modern hunters also in civilian life – at the bar, going shopping, everywhere – into a sportsman characterized by their own look, technical as well as exotic, quite different from that sort of "bandits" as in the past!

Crispi, always attentive to quality and innovation, was the very first company to introduce high visibility in hunting boots. Not as a fad for those in search of a "total look", but as a technical factor of paramount importance in certain contexts and scenarios. Therefore, it proposes entire series of models capable of matching hi-vis jackets and pants, sweaters and caps.

It must be said, however, that if high visibility is a must in certain contexts (now, even by law!), in others it can be from unnecessary to a disvalue – and I'm thinking of hunting from a stand; not to mention that – not without reason – some people like their shoes to be as traditional as possible.

And it is precisely in order to meet these needs that, alongside best sellers such as the Vadres and Lapponia, Ascent and Track, Crispi wanted to maintain the production of models that, without giving up anything in terms of innovation and performance, were also capable of preserving the taste for tradition.

The Summit GTX is one of the most perfect examples of this.

Summit GTX: three words to describe it – or rather four 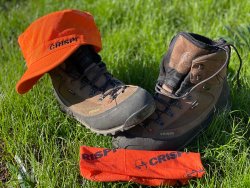 High visibility is missing? That's on purpose! And in any case, it can always be added, perhaps with Made in Crispi accessories, for a beautiful, practical and elegant total look.

Summit GTX: for whom it is intended

The Summit GTX proves to be the perfect boot for hunters who go for miles and miles on the plains, as well as in the hills and mountains. Especially in rocky environments. It is also excellent for those who practice stand hunting, such as wood pigeon and thrush hunting, at least until the middle of November.
Very suited to every kind of hunt with dogs, in woodcock hunting in the woods it finds an ideal environment, doing very well in every condition, especially if you are a strong walker.
We tried it when quail hunting at the end of the summer and in training sessions for pheasants and partridges hunting in the autumn, and found it to be very good.
On the other hand, we do not recommend it for winter wild boar hunts or – given their low design – for hunting in marshy areas crossed by streams and brooks.
It goes without saying that traditional hunters will make these boots their inseparable companions also for any other kind of excursion in nature, from trekking up to asparagus and mushrooms search, appreciating their lightness, safety, performance and innate, sober elegance.

For more information on the Summit GTX boots please visit the Crispi website.

Subscribe to the Newsletter
This article is also available in this language:
IT
Click here for more information on the topics:
CrispiHuntingHunting boots
That might interest you too: 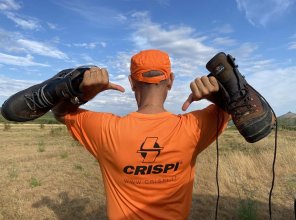 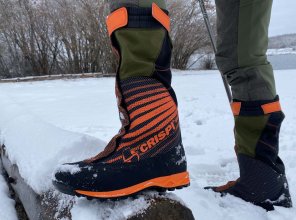 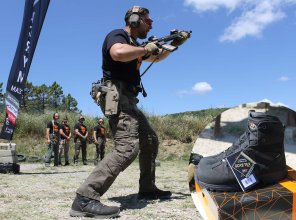 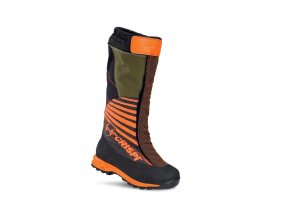 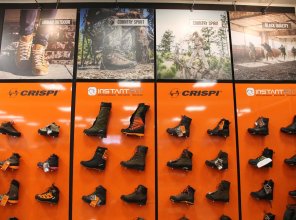 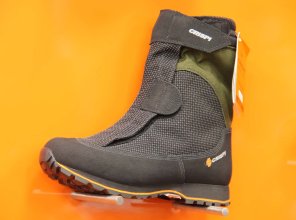 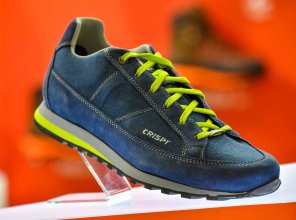