The dependency on certain type of ammunition was a central issue in the early years of semi-auto shotguns. So it comes as no surprise that in recent decades, designers have focused chiefly on expanding the functional delta to ensure that the broadest possible range of loads and shot weights can be discharged without causing malfunction. Nowadays it is par for the course that modern semi-auto shotguns, set up for 12/76 gauge cartridges, will experience no difficulty at all shooting 12/70 gauge cartridges. And the shot weigths extend from 24 g to 52 g.

Here in Europe, this technological leap has propelled semi-auto shotguns from out of the shadows and into the welcoming arms of the hunting community. 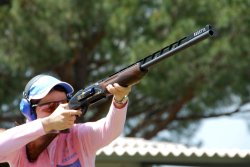 Autoloaders have even been introduced in the clay sporting arena, with the Beretta UGB25 Xcel

In practice, semi-auto shotguns come with two crucial advantages compared with double-barrelled shotguns: first off, a third round can be fired very quickly. Second, they come with a milder recoil with equivalent loads that is kinder on the shooter when firing a long series of shots.

The main disadvantage we have to mention here is that there is only one choke alternative available for all rounds fired in quick succession. In the field, this disadvantage can be compensated, partially at least, by selecting the right load. Similar to their over-under counterparts, interchangeable choke tubes have now advanced to become standard equipment, used to smoothly refit the shotguns to suit the wide variety of hunting situations.

Semi-auto shotguns first emerged in the early 20th century. John M. Browning was the father figure for this type of firearm. His legendary Auto 5, designed as a recoil loader and adopted by the Belgian firm FN for series production in 1903, was the first successful semi-auto shotgun.

Firstly, we have the principle of the locked, recoil-system action, in which the barrel travels a certain distance, together with the bolt, until the geometric lock releases, separating and allowing the bolto to continue its rearward travel ejecting the spent case, and rechambering a fresh round.

The era of semi-auto shotguns began at the start of the 20th century with the legendary BROWNING Auto 5, which operated based on this functional principle, and whose underlying design was also found in weapons by other manufacturers, among them the early semi-auto actions by REMINGTON and FRANCHI.

The BROWNING A5 is a modern recoil loader

The principal drawbacks of the original designs for semi-auto actions were their fairly rigid dependence on a certain ammunition and their, at times, hefty recoil. Users were forced to adjust these shotguns to suit the respective load, i.e. the Auto 5 needed the peculiar 'friction rings' to be set to modulate recoil and insure operation with a given load. 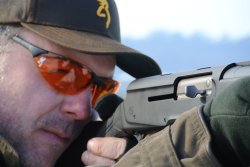 Some users were also irritated by the barrel retracting. So initially the designers turned their attention to sorting out the barrel retraction and minimising the dependence on certain ammunition. There were a few more attempts involving recoil-system actions, but by the Second World War at the latest, the future clearly belonged to gas-system actions.

There's nothing unfamiliar about how this weapon works: The gas port is situated in the barrel around the action. The gas siphoned there controls a piston to operate the reload mechanism.

The main drawback of gas-system actions is the carbon residue caused by the gas flow. But recent years have seen radical improvements in terms of greater independence from certain ammunition and carbon deposit contamination, at times even touching perfection.

Examples include the BERETTA A 400 Xplor Unico, the REMINGTON Versa Max and the BROWNING Maxus.

All three of these gas-system actions fire cartridges ranging from 12/70 to 12/89 and 24 to 63 g shot load without encountering any difficulty. The REMINGTON Versa Max taps the gas required to reload from the area around the chamber. The different lengths of cartridge casings leave a certain number of gas ports free. The BERETTA A 400 Unico takes a different tack to solve the problem. The A 400 Unico is a gas-system action with rotary bolt and self-cleaning gas pressure loading system. The two positively controlled locking lugs are positioned in matching cutaways at the base of the barrel, locking in the barrel itself.

In order to ensure that the weapon functions properly with a broad range of shotgun cartridges, it is necessary to tap precisely the volume of gas required to chamber the respective load. This effect is achieved using an innovative gas piston with a so-called scraper band, which not only cleans the inside of the gas cylinder, but whose shape also seals the valve.

Pressure rises when gas flows into the valve, setting the piston in motion. The manufacturer claims 36 % faster cycling than all systems known to date. To achieve this, the recoil action was shortened compared with its predecessor model AL 391. BERETTA call this new 'high-performance engine' in its A 400 Unico the 'Blink'.

The 'Power Drive' gas-system action system is at the heart of the BROWNING Maxus. Additional outlet apertures were fitted to discharge gas faster than previous BROWNING gas-action systems when firing heavier loads. A new sealing system keeps the gas away from the mechanism, which in turn speeds up cycling. WINCHESTER also stakes its claim to the superlative of the fastest semi-auto shotgun when it comes to its gas-action series SX3.

The Active-Valve-System of SX3 adjusts automatically to suit the various load sizes. A number of particularly inexpensive alternatives are also available on the market, scoring points with a broad capacity range in terms of their smooth mechanisms. They include the MERCURY gas-action shotgun made in Turkey by the HATSAN ARMS COMPANY. 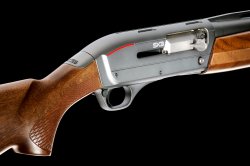 To ensure that difficulties will not be encountered in common and field hunting situations, the engineers have minimised the problem that arises in modern gas-system actions when carbon deposits from burnt powder and dust mingles with moisture, although a residual risk persists in extreme situations. So there's no way round thorough cleaning from time to time to ensure the gas-system action remains in good working order.

A theoretical look at these facts would suggest that a recoil-system design with fixed barrel, softer recoil and trouble-free shooting with the largest possible range of different loads would present the optimum solution. And it is precisely this kind of engineering that BENELLI's Inertial system offers.

Essentially, therefore, the Inertia system consists of the locking piece, the positively controlled locking head and the inertia spring. BROWNING has since adopted this mechanism in its new semi-auto shotgun A5. 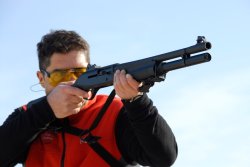 The BENELLI M2 in action

This continually optimised system, well-established in BENELLI semi-auto shotguns for decades, was upgraded a few years ago for the new semi-auto shotgun BENELLI Vinci, but without altering the fundamental, underlying principle.

All components fitted to the Vinci Inertia system move only coaxially and in line with the barrel. BENELLI has also set new standards in the Vinci. The Vinci consists of three main modules, which require no tools to be stripped down and reassembled, quite literally at a flick of the wrist.

Designed originally as shotguns for hunting, almost all of these models have long since been available in law enforcement versions for tactical deployment, while others have been adapted to the needs of IPSC shooting. Besides smooth operation, the engineers have worked hard to soften recoil. And recent years have seen substantial success in this field, especially among the premium brands.