Pardini Armi introduces the FR22, a rifle designed for 50-meter shooting events with some innovative features. A sibling of the GPR1 air rifle, the FR22 stands out for its modular stock that offers the shooter an advantage to in every position of the Three-Position rifle matches.

A contribution from Giorgio Brancaglion03/19/2021

Born in 1976 from Gianpiero Pardini's passion for shooting and mechanics, Pardini Armi is an Italian company protagonist of numerous Olympic games (10 gold, 7 silver and 7 bronze medals – at the most recent Olympics in Rio 2016 it won 3 gold, 2 silver and 2 bronze medals) and international successes (at the most recent World Championships alone it won 92 medals).
What distinguishes Pardini Armi after more than 40 years of activity is the continuous product innovation.
Known initially for pistol manufacturing, in 2013 Pardini tried its hand in the production of a rifle, presenting the GPR1 air rifle model, which already in 2014 won the World Championship with Petra Zublasing and in 2016 was brought by Niccolò Campriani to the gold medal at the Rio games.

To complete the circle of Olympic shooting specialties, in 2021 it is introducing the FR22 for the 50-meter Three-Position rifle events. 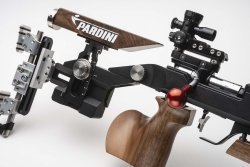 The rifle prototype was completed in 2016. Four additional years of development allowed the design to be refined with the assistance of a group of shooters who fired tens of thousands of rounds. "I have worked with my team so that the FR22 has three main features: an excellent barrel, a trigger at the top of our best products, an extremely customizable balance thanks to a modular stock that represents a real progress compared to what we have seen so far. At Pardini Armi we have always been committed to offering something new to target shooting sports and we do that with original and innovative ideas", says Giampiero Pardini.

The particularly compact barrel (only 24.4”/620 mm) is made in-house and is capable of producing excellent patterns; the single stage trigger is characterized by a very wide range of adjustments; the modular stock allows perfect gun customization and to save precious time in the difficult transition from one shooting position to the next in 50-meter Olympic events. The rear stock is fully replaceable and by simply unscrewing a knob, you can completely remove butt pad, cheek piece and pistol grip. 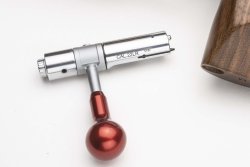 The usual sight mounting system makes it easy to replace the Centra Spy rear sight and Centra Score front sight. A top shooter like Petra Zublasing is able to change all the components for the transition between different positions in about 30 seconds, compared to the three and a half minutes required by the rifle she has been using up to now. This saving of time proves extremely useful during match finals, when time is very limited and any savings turn into an advantage for the shooter. By using three different stocks specifically designed for different positions, the athlete can rely on specific materials and settings for each shooting condition avoiding compromises and focusing on performance. Although the stock is so innovative, it maintains the family feeling of the GPR1 air rifle, with which it shares part of the accessories and a common philosophy in the layout of the adjustment controls.

As far as the barrel is concerned, the particular construction method has made it possible to reduce its length, bringing the center of gravity closer to the shooter's shoulder. The particular design also reduces felt recoil.

As with all Pardini Armi products, the FR22 focuses on simplification, on the best materials available and on processing techniques that make use of the latest generation of CNC machining centers. Customization options are almost infinite so as to meet the needs of every enthusiast, whether men or women. The FR22 comes with a black aircraft-grade aluminum stock, with stainless steel barrel and components. The rifle is also available in versions that include all three stocks with components adapted to the needs of the individual shooter. 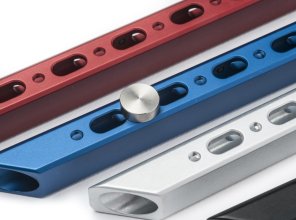 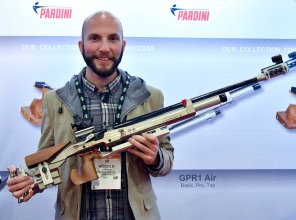