Headquartered in the Croatian town of Karlovac, the HS Produkt company spent the last decade to conauer itself a solid share of the global civilian and military pistols market with the launch of a semi-automatic, polymer-framed, struiker-fired pistols spawned in the late 1990s with the early HS2000 model. Ever since, the baseline project evolved in a plethora of variants distibuted by the US-based Springfield Armory LLC. company as the XD, XDm and XDs lines, currently regarded as some of the world's finest handguns. 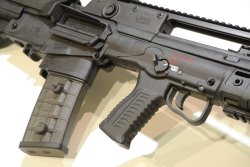 The Croatian company however hasn't forgot how in its early days − when it was known as IM Metal − it provided an important contribution to the struggle of the then newly-founded Croatian Armed Forces during the Country's War of Independence from Yugoslavia.

With such a strong military production heritage in mind, and at the end of a long development phase, the Company launched the VHS (Višenamjenska Hrvatska Strojnica, "Croatian multirole assault rifle") in 2008; the sleek, lightweight 5.56x45mm NATO bull-pup rifle was subsequently adopted by the Croatian Armed Forces as a replacement for the formerly-issued military rifles, rainging from older Yugoslavian AKM variants to other imported models procured either during the War of Independence or procured later as a stopgap.

Although technically sound, the VHS bull-pup rifle was criticized by some operators for its ergonomics, and requests and suggestions for improvement came from the Croatian Army; these requests were answered in late 2013, as HS Produkt officially introduced the improved VHS-2 model at the ASDA exhibition in Split.

The rifle was on stand in the Paris - nord Villepinte Exhibition Center at the 2014 edition of the EUROSATORY expo, showcased by Agencija ALAN, the Croatian State military export agency.

Just like the earlier version, the VHS-2 bull-pup assault rifle is manufactured out of metal and high-strenght polymer, and is based upon a tappet-style indirect gas impingment system; it is available with 410mm and 500mm barrels, and feeds through a proprietary, detachable 30-rounds magazines patterned after the Heckler & Koch G36 mag.

Improvements from the baseline variant are however conspicuous: the handguard has been redesigned, although its attachment system also makes compatible with the VHS-1; the original raised carrying handle with integrated MIL-STD-1913 "Picatinny" rail of the VHS-1 has also been replaced with a lower-profile rail for optical gunsights, which also hosts the factory front and rear sights and protects the ambidextrously-operable cocking lever.

The earlier FAMAS-style fire selector, previously located inside the trigger guard and right in front of the trigger itself, was relocated in an ambidextrous position right over the pistol grip, so that the trigger guard remains zide and empty for more comfortable handling when using gloves. 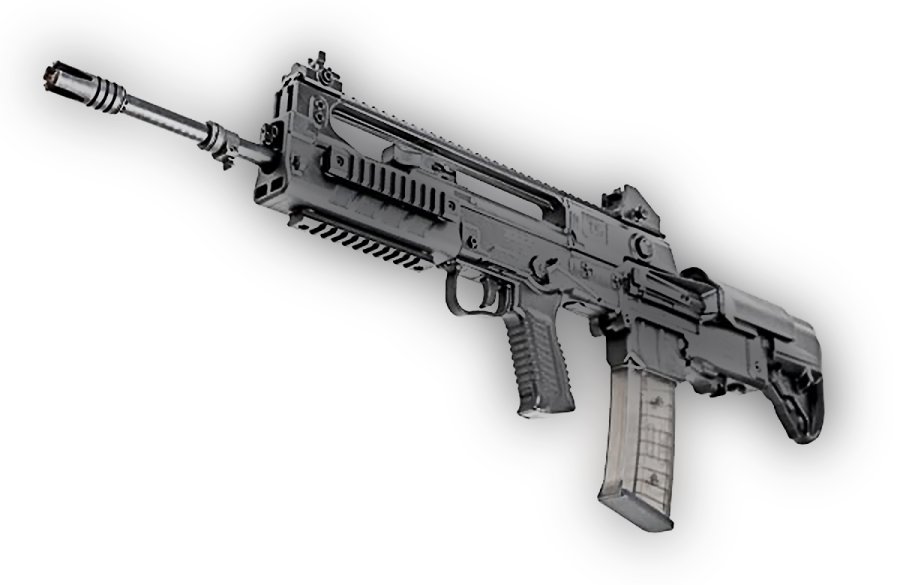 HS Produkt, d.o.o.
The VHS-2 has been conceived to overcome the slight ergonomic drawbacks of the baseline VHS rifle design

Last, but not least, the buttstock and cheekpiece have been made adjustable to suit the individual build and equipment of each soldier − a unique feature in a bull-pup rifle − which allows comfortable handling when wearing high protection level bodyarmor (NIJ-IV and up); and, the double ejection port system allows quick shifting from left-handed to right-handed spent cases ejection, so that the user will be able to quickly adapt the rifle to better exploit available covers for superior protection when engaging hostiles.