Like security policy, the semi-automatic pistol is facing a turning point. From both a technological and a tactical point of view, the handgun system is currently undergoing a generational change. This initially includes the pistol or (very rarely) the revolver. Then there are holsters, ammunition, mini red dot sights, gun lights or silencers, and other peripheral equipment and accessories. 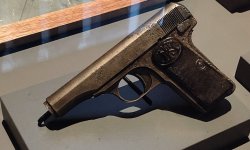 © VISIER/JPW
Pistol shots can have a global political impact. This FN Browning M1910 was used by the assassins of Sarajevo on June 28, 1914. The murder of the Austro-Hungarian heir to the throne Archduke Franz-Ferdinand and his wife Sophie Duchess of Hohenberg triggered the First World War. 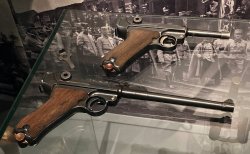 Developed at the turn of the 19th and 20th centuries, the pistol soon became part of the infantry toolbox of modern armed forces worldwide. To this day, the rifle remains the soldier's primary cross-sectional weapon. But as soon as tactics require it, the transition from the long to the short gun takes place. This happens not only to the individual soldier in combat situations, but also figuratively to larger bodies of troops as soon as the situation demands it. In the First World War, for example, the pistol experienced increasing importance as a means of combat on all sides, especially in trench warfare, for example for assault and reconnaissance missions: "Such moments on the prowl by night are unforgettable," says the writer Ernst Jünger, who witnessed the horrors of the First World War as a young officer on the front line, in his own sultry, drastic style. “The breath comes in gasps and it is all you can do to suppress the noise of it. The safety-catch of your pistol goes back with a little metallic click, a sound that goes through the nerves like a knife. The teeth grate on the fuse-pin of the grenade. (...)  You are aquiver with two violent sensations – the tense excitement of the hunter and the terror of the hunted."

The tasks of handguns changed with deployment distance

Even before the First World War, some armed forces had renewed their handgun arsenal. At that time, pistols often replaced revolvers. In 1908, for example, the German Empire introduced the Parabellum pistol designed by Georg Luger together with the corresponding ammunition as the Pistole 08 service weapon and the Pistolenpatrone 08 pistol cartridge. Four years earlier, the Navy had already procured it as the Pistole 04. In 1913, the Lange Pistole 08 – also known as the "Ari-08" – was added to the arsenals of field artillerymen and airmen as a kind of "personal defense weapon”. Instead of the standard 102-mm barrel, it had a 200-mm barrel which, along with the sights adjustable up to 800 meters and the stock-holster, was intended to provide greater ranges. In addition, itself from 1916/1917 it was fed by a 32-round drum magazine. This weapon and the high-capacity magazines were partly used in trench warfare, for example for equipping assault battalions. Other examples of modern weapons of that era include the FN Model 1910, the Steyr M1912 and the American Colt M1911 designed by John Moses Browning.

In the decades following the First World War, handgun once again played a rather subordinate role, especially in the military. This did not mean that there were no technical innovations in the service pistol sector. The double-stack magazine of the FN High Power 1935, the double-action trigger of the Walther P.38 and later P1, the polymer frame of the Heckler & Koch HK VP70, the roller delayed blowback system of the HK P9 or the safe action system of the P80 alias Glock 17 are just a few examples. 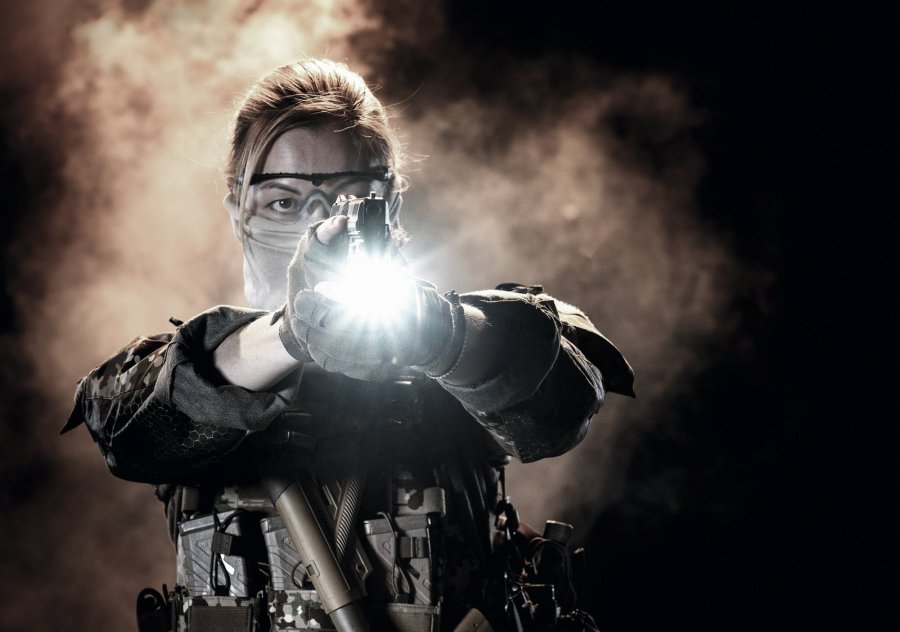 © Kommando Spezial Kräfte
Female soldier of the German Armed Forces Special Forces Command with a P30 at the ready. The number of women carrying weapons is increasing in the armed forces and security agencies.

But despite all the innovations, the pistol in particular served in the armed forces worldwide primarily as a personal defense weapon for specialists or command personnel. This was probably also because the submachine gun, which was first introduced on a large scale by the in 1918, added another element to the infantry toolbox. Since then, these pistol cartridge-firing, handy long guns have closed the gap between the pistol and the rifle. The operational reality of the "Global War on Terror" in the wake of September 11, 2001, caused military planners to rethink their approach. Particularly in the asymmetric threat situations, in addition to the classic aimed shot at medium and long ranges, it was now also important to be able to quickly and accurately engage suddenly appearing opponents at close range up to 50 meters. This was to be done with both the rifle and the pistol as a "back-up," or secondary weapon. This paradigm shift meant that if once the pistol had a Cinderella existence, today it is standard as a secondary weapon in action.

Handguns are increasingly important as a secondary service weapon 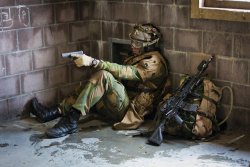 Anette Ask / Forsvaret
Norwegian infantryman with his Glock 17 as back-up in urban combat. 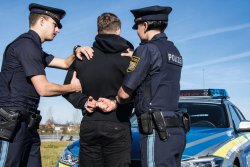 © VISIER/JPW
In contrast to the military, the pistol is the primary weapon for the police – here a Heckler & Koch P7 is still carried by the Bavarian police, in Germany.

In fact, the use of the pistol has become more likely and also more versatile around the world. Today, the soldier uses his handgun mostly when his main weapon fails due to malfunction. Or in environments where a long gun would be too bulky – such as when traveling in vehicles, entering buildings, bunker systems or ships. In addition, special pistols are still used to arm special forces, for example with silencers or in conjunction with night vision equipment. This in turn is driving demand for optics-ready versions, i.e., weapons that can be fitted with optics. The increased importance of the pistol as a cross-sectional secondary weapon is reflected not least in the higher unit numbers of today's procurement plans. 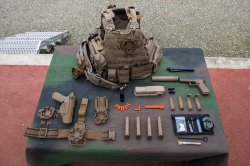 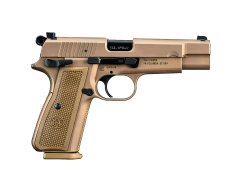 © VISIER/JPW
In use after almost a century: the FN High Power. The U.S. subsidiary FNH USA of the Liège maker released a modernized version of
the classic in 2022 – among other things, it features ambidextrous controls, with a separate takedown lever and 17 rounds in the magazine instead of 13 as originally.

If the police or the military introduce new systems, this can certainly be described as a generation change. If we assume a generation gap of around 30 years, then the service life of military equipment often spans several age groups. Prominent examples from the pistol sector are the Danish M/49 alias SIG 210-DK and the French MAC-50. The numbers in their names refer to the years of introduction, 1949 and 1950 respectively. The Scandinavians have been replacing the M/49 with the SIG P320 XCarry since 2019. And for the French, the Pistolet Semi-Automatique (PSA) aka Glock 17 Gen 5 FS has followed the MAC-50 since 2020, meaning these old-timers have been in service for seven decades, or more than two generations. The Danes and the French are thus in good company, as evidenced by other recent pistol projects of many armies. One of the last classic pistols still in service today is the FN High Power, which was first introduced in 1935: in Canada in the form of the licensed version Inglis No. 2 Mk 1, and in Australia as the Self Loading Pistol 9 millimeter Mark 3. (Note: at the end of September 2022, the Australian Department of Defense announced that the SIG Sauer P320 XCarry Pro will replace the Mark 3 in the future.)

Of course, it doesn't always take that long for replacements to arrive. The comparatively gigantic Modular Handgun System (MHS) project of the U.S. armed forces can serve as an example here. In 2017, the decision was made in favor of the SIG P320 MHS, which is available as the full-size M17 and the compact M18. Compared to the FN High Power, M/49 and MAC-50, it replaces the comparatively young M9 alias Beretta 92FS, which was only introduced in 1985.

Generation change in service pistols for the military and police

Such a changeover in military or police equipment usually takes place when tactical and technological innovations can no longer be absorbed by simply increasing the operational value of the existing arsenal.

Subscribe to the Newsletter
This article is also available in this language:
DEIT
Click here for more information on the topics:
Pro-zone
That might interest you too: