The special forces common roots are clearly highlighted. For example, since May 2017 the French 1er Régiment de Parachutistes d'Infanterie de Marine (1RPIMA) has been wearing new headgear that is reminiscent of the French Squadron of the British SAS Brigade (SAS = Special Air Service) established in 1944. Consequently, the famous SAS insignia sits on the maroon beret. It shows the winged Excalibur sword (another interpretation is the Sword of Damocles) and the banner "Who Dares Wins". The 1RPIMA, of course, carries it in French: "Qui Ose Gagne". The Belgian Special Forces Group, formed in February 2003 in the course of numerous reorganizations, has also been wearing the insignia since the end of 2010. This headgear had previously been worn by the Belgian 1er Bataljon Parachutisten, which emerged from the 5th Belgium SAS Squadron, from 1946 until its disbandment at the end of 2010. 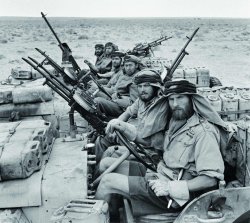 A SAS raiding party on heavily armed jeeps in North Africa, 1942. A well-known and iconic image.

The history of the British SAS did not begin with the SAS Brigade formed in England in 1944, but three years earlier in North Africa. Here, British Major David Stirling established the SAS as a special forces unit for commando operations against the German Afrika Korps. Upon returning to the UK, the SAS was converted into an airborne brigade, which was not met with enthusiasm by men from the early days. After the Second World War, the British Ministry of Defense saw no need for the SAS. It continued to exist only in the Territorial Army. The tide turned during the Malayan Emergency (1948-60). In what is now Malaysia, the British Army needed special forces for unconventional warfare to fight communist guerrillas. In 1952, the Malaya Scouts became the 22nd SAS Regiment. 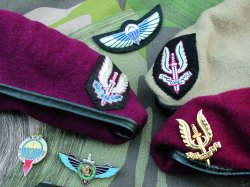 Who dares wins: the sand-colored British SAS beret and the maroon headgear of the French 1RPIMA and of the Belgian Special Forces Group. 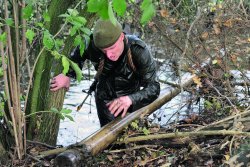 Candidates of the Dutch Troepen Commando Corps complete their training with a woolen cap and a hemp rope reminiscent of WW2 commandos. After successful completion they will receive the green beret.

The JWK also continues the traditions of other Polish exile units and the Home Army. Another green beret gave its name to another world-famous special forces troop genre, the US Army Special Forces, known as the Green Berets. Colonel Aaron Banks, pioneer of the US Special Forces, traces the color choice to the Irish ancestry of the Special Forces' principal patron: John F. Kennedy, the 35th U.S. president. In April 1962, the wartime torpedo boat commander penned an official White House memorandum.

It stated: “The Green Beret is again becoming a symbol of excellence, a badge of courage, a mark of distinction in the fight for freedom.” Hence, the motto of the U.S. Special Forces is, after all, "De Oppresso Liber" – Free from Oppression.

Kennedy's promotion of the US Special Forces ended a long struggle. After the end of World War II, the regular armed forces no longer saw any use for special forces. This attitude did not change when the US Army re-established Special Forces under the leadership of Aaron Banks beginning in 1952 and commissioned the right man in Banks: a World War II veteran who had served in the Office of Strategic Services (OSS), which specialized in unconventional warfare, and had also been involved in the Allied intelligence operation Operation Jedburgh that began in March 1943 (more on this below). However, the former command now faced opposition. A misconception of special operations also prevailed. For example, the force was at times seen as parachuting elite infantry, but they failed to recognize the strategic value of unconventional warfare. 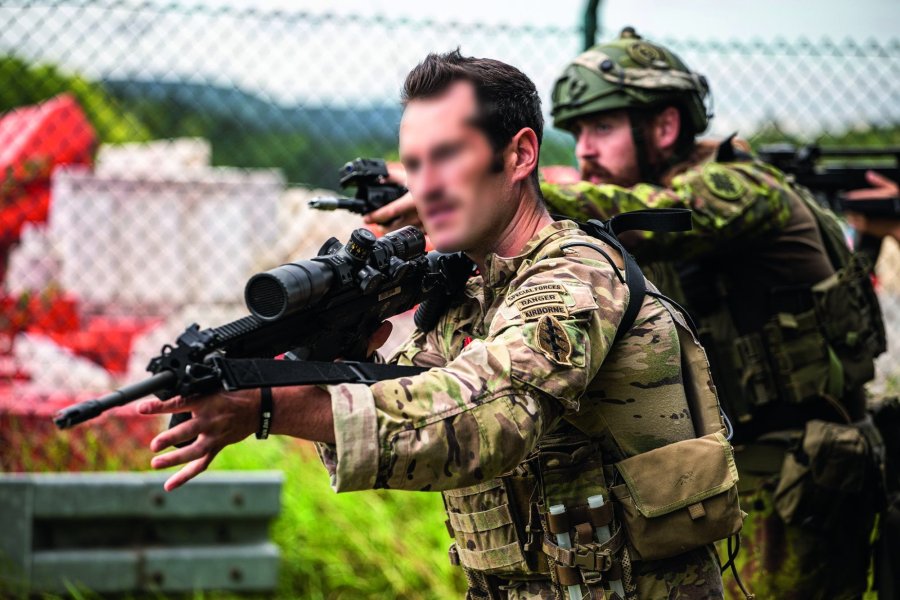 Kennedy was convinced that powerful units were needed for unconventional warfare, for example in the Vietnam War, which was just beginning. The SAS mission in Malaya had produced corresponding successes. Long-range reconnaissance patrols and surprise attacks deep in the enemy territory, training of local forces to fight insurgents and, above all, winning the hearts and minds of the population, promised strategic success. Moreover, a few years earlier, the OSS and its British partner organization, the Special Operations Executive (SOE), had demonstrated the strategic value of building and supporting resistance movements in enemy-held territory.

To this end, small units made up of exiles from the occupied states were created to carry out commando actions. High impact continued to be achieved by the Jedburgh teams of the OSS/SOE. These small squads parachuted into countries occupied by Germany under the Nazi dictatorship. They usually consisted of an officer, a local interpreter, and a radio operator. They supported local resistance groups, provided reconnaissance, coordinated guerrilla actions, and trained fighters.

The OSS received a late appreciation in the late 1980s with the upgrading of US Special Forces to a separate component force. US SOCOM made a variation of the OSS's former spearhead insignia its sleeve badge. With Russia's occupation of the Crimean Peninsula in 2014, the tasks of national and alliance defense are once again coming to the forefront of Special Forces awareness.

In these times of hybrid warfare, unconventional warfare is becoming even more important. The so-called Resistance Operating Concept, i.e. preparation for resistance against occupying forces, plays a role here. So, it's all back to the roots to master the new challenges together.

In the first installment of this series we took a look into the Special Forces' mission.

In Part 3 we will see how special forces are organized and structured around the world.

Subscribe to the Newsletter
This article is also available in this language:
DEIT
Click here for more information on the topics:
Pro-zoneMilitary firearmsCulture
That might interest you too: 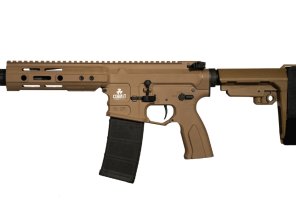