The "Kalashnikov Concern" – a member of the Russian GK "Rostec" holding – published its production numbers statement for the first quarter of 2014: production has doubled over the same period of 2013!

One of Russia's oldest gunmaking industries – founded in 1807 by the Tsar Alexander I as the “Kamsko-Izhevsky-Alexandrovsky Weapons Factory” – has been through some dire straits in the past years: the IZHMASH machinebuilding plant, headquartered in the city of Izhevsk on the shores of Lake Baikal and the biggest name in Soviet and post-Soviet Russia's armaments industry, was issued with a bankruptcy order by a court of the Udmurtia Region. The relaunch of the company operation was carried on by the State-controlled ROSTEC holding, which proceeded to partially privatize the company by selling 49% of its stocks to two well-known Russian businessmen: Andrej Bokarev and Alexej Krivoruchko. IZHMASH was also joined by other gun manufacturing companies of the region – the most important of which are the "BAIKAL" mechanical factory and the MOLOT plant – under the “Kalashnikov Concern” group: Mikhail Timofe'evič Kalashnikov, probably the most famous arms inventor of the 20th Century, allowed the Russian Government to use his name for the relaunch initiative just a few months before his death (December 23, 2013). Under the auspices of the Russian vice-Prime Minister, Dmitri Rogozin, the company leadership were also changed, with one of the new private stakeholders, Alexej Krivoruchko, being appointed as the new General Manager of the "Kalashnikov Concern".

The appointment of a new General Manager was originally received coldly, being Krivoruchko the fifth person to cover that position since 2011; the Stavropol-born, 38-years-old lawyer is however already well known in Russia for teking part in some of the Country's most recent and noted arbitrations, and his associate, Andrej Bokarev, has made it to the 74th place of Russia's most important businessmen according to Forbes, with a personal fortune worth overl 1.35 billion US Dollars. Both Krivoruchko and Bokarev have strong personal interests in the relaunch of the company, and quickly gained the workers' trust by departing from the style of the previous managing figures – whose activities had mostly centered around pompous speeches bolstering the "unmatched quality" of IZHMASH firearms, refering to the Kalashnikov-type rifles which are undoubdedly good guns although now long in the tooth and no longer fitting the needs of modern warfighters. Instead, the new managers started a sober but serious reflexion and analysis of the factors that caused and deteriorated the IZHMASH societary crisis for years. It may be too soon do declare that "bad times are over", but the latest news from the company are enough for a good wind of optimism to start blowing. 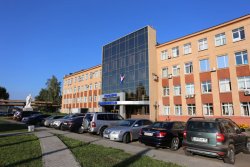 At the 2014 SHOT Show – held last January at the Sands Expo & Convention Center in Las Vegas (NV, USA) – the Group signed an exclusive agreement with an US-based distributor, RWC Group LLC., that may allow the "Kalashnikov Concern" to export up to 200.000 civilian-grade guns of all kinds in the United States and Canada every year for the next few years.

Even more important is the recently published report about the company's production figures for the first quarter of 2014: said timespan saw the "Kalashnikov Concern" manufacture 31000 firearms for both civilian and military sales; that's double the production numbers of the first quarter of 2013, and amounts alone to 41% of IZHMASH's entire manufacturing figures for the whole of last year. 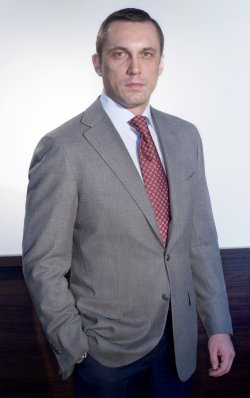 The "Kalashnikov Concern" management looks ahead to sell at least 150.000 civilian-grade handguns, rifles and shotguns worldwide in  2014.

At the same time, the company is engaged in satisfying an incredible amount of military and governmental contracts: more notably, there are 200 GSh301 autocannons to be manufactured for installation on Sukhoi Su-27 "Flanker" and MiG-29 "Fulcrum" jet fighters, and an undisclosed number of 9A4172K "Vikhr-1" (ASCC NATO: AT-16 "Scallion") anti-tank missile systems to be made for use on Sukhoi Su-25 "Frogfoot" jet fighters and Kamov Ka-50 "Hokum" attack helicopters; the total value of the above-mentioned systems tops around 13 billion Rubles – about 279 million Euros or 381 million US Dollars.

At the same time, the "Kalashnikov Concern" boosted manufacturing of components for heavy weapon systems that will later be assembled by other Russian companies, including 9M123 "Khrizantema" (ASCC NATO: AT-15 "Springer") antitank missiles, "Pantsir-S1" (ASCC NATO: SA-22 "Greyhound") air defense systems and the "Kashtan" CIWS naval close-defense platform. The incomes generated by these contracts will allow the "Kalashnikov Concern" to sustain its daily operations in such a difficult transitional phase, and to boost its core business capabilities – that being, civilian-grade guns and military small arms and light weapons – so to meet the stable demand coming from the Russian and international markets.

As a matter of fact, the Company's "Saiga" line of rifles, carbines and shotguns continues to enjoy global popularity, and demand and expectations are high for the latest entries in the line, including the 12-gauge Saiga-12 ISP.340 magazine-fed practical shooting selfloading shotgun, the .223 Remington caliber Saiga Mk107 semi-automatic rifle based on the Balakov-type BARS balanced-automatics recoil system, and the .22 Long Rifle Saiga-22 semi-automatic rimfire training carbine.

This peculiar model has been adopted by the Russian Government under the auspices of the "Patriotic Education program for the Citizens of the Russian Federation, years 2011-2015", whose goal is the "patriotic upbringing of the population and preparation of it to the defense of the Motherland". As such, said AK-based .22 rimfires will be used to teach Russian schoolchildren to the basics of safe firearms handling and individual marksmanship. The Saiga-22 rifles will also be used in DOSAAF shooting ranges and by other "military-patriotic" organizations.

Furthermore, the "Kalashnikov Concern" is one of the major global manufacturers of Biathlon carbines; more specifically, the Biathlon-7-3 model is known to be one of the world's very few mass-produced Biathlon guns that can compete head-to-head with Anschütz carbines in terms of performance, and the demonstration came from the latest Winter Olympic Games, held in the Russian town of Sochi, that saw shooters using Biathlon-7-3 carbines win thee silver medals and one bronze medal.

For the second half of 2014, the "Kalashnikov Concern" looks forward to double the number of civilian-grade firearms in Europe; as such, the Company is implementing a new advertisement campaign and marketing strategy, aimed to strenghten the contacts between the Group and its final users. Further 40 million Rubles – some 860.000 Euros, or about 1.170.000 US Dollars – were invested in web development and public relations strategies.

These advertisement expenditures led to some critics – some even coming by Dmitri Rogozin himself – but all in all, it looks like the old Russian company decided to adopt the most aggressive advertisement, marketing and PR strategies of its most direct Western competitors, probably "the" cards to play to compete in such a demanding global market.