HIT Show 2016 / New from Diamant: the Aimpoint Micro H2 red dot sight was on stand at the HIT Show 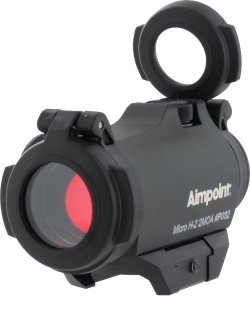 Aimpoint AB
An advanced red dot sight, the Aimpoint Micro H2 is compatible with various mounts and can be fielded in a plethora of situations

First showcased by the manufacturing company at the 2015 edition of the IWA OutdoorClassics expo in Nuremberg (Germany), the Aimpoint Micro H2 small-sized red-dot sight is now available all through Europe, and was on stand at the 2016 edition of the HIT Show in Vicenza, Italy.

Originally conceived as a slight restyling of the Micro T1/T2 line of micro red-dot sights, the 1x, parallax-free Aimpoint Micro H2 ended up being completely redesigned as its development went by, and now its advanced optical lenses and surface coatings offer a vast improvement in performance, light transmission, shape and clarity of the 2 MOA red dot reticle.

The ACET reticle illumination system is powered by a single, 3V commercial CR2032 "coin cell" lithium battery; the system provides a maximum life of 50,000 hours (over 5 years) of constant operation for every single battery. The CR2032 battery is housed in the brightness control knob, which allows the red dot to be turned on or set on twelve different brightness levels for optimum visibility in all environmental lighting conditions.

The fully waterproof housing of the Aimpoint Micro H2 red dot sight has also been reinforced, and is now much more rugged and sports additional protection points for the adjustment turrets, as well as a set of see-through front and rear flip-up lens covers.

Subscribe to the Newsletter
This article is also available in this language:
IT
Click here for more information on the topics:
AimpointHIT Show - Fiera di VicenzaPro-zoneRed dotSport Shooting
That might interest you too: 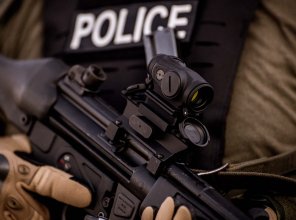 The Duty RDS is a compact reflex sight with 2 MOA dot featuring a forged aluminum alloy housing for better durability. Designed for top performance and very little maintenance, it is vibration and shock resistant, and submersible up to 25 meters. Last but not least, price is budget friendly. 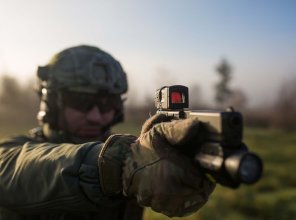 During a virtual press conference, the Swedish company Aimpoint presented the next generation of its Acro super compact red dot sight, featuring a longer battery life and other details that make it interesting also for hunting use. 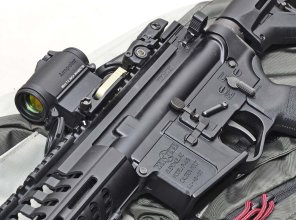 The ultimate red dot sight? Probably so, since performance, ruggedness, and operating time of the Aimpoint Micro T-2 are unrivalled. Sure, the price is high – but it is reasonable for a top-notch product. 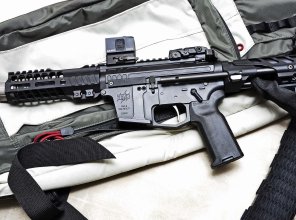 Designed to be mounted on guns and weapon platforms where ruggedness is required beyond what is offered by open reflex optics, the ACRO P1 from the Swedish Aimpoint company makes robustness one of its strong points. We will soon test it on an equally interesting 9mm semi-automatic carbine. 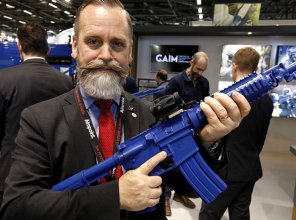 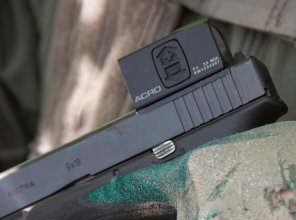 Aimpoint from Malmö (Sweden), the red dot sighting technology pioneer, presents for the first time a mini red dot sight series under the new trade name of "Advance Compact Reflex Optic" (ACRO), which can also be mounted on handguns. 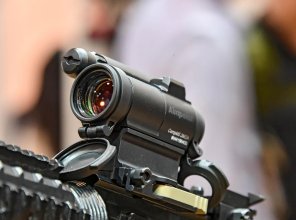 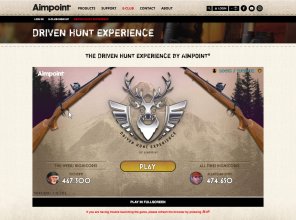 “The Driven Hunt Experience” is a scaled down version of the “The VR Experience”, a simulator released earlier this year by Aimpoint. The webgame, already available on Aimpoint’s web sites, is now followed up by the introduction of an app with the same name that will be released on November 10th.