The Shooter’s Talk – The spirit of gun laws

The US House of Representatives passed a law named “Concealed Carry Reciprocity Act”: a common-sense legislation that will allow law-abiding citizens with a concealed carry permit to travel freely between US states without worrying about conflicting state codes. Meanwhile, in Europe there is almost no reciprocity as far as national gun laws are concerned.

A couple of weeks ago the US House of Representatives passed with a 231 to 198 vote a law named “Concealed Carry Reciprocity Act” of 2017 (H.R. 38). The new legislation will allow people with a concealed carry permit to also bring their guns across state lines in states that permit concealed carry. Let's repeat it: law-abiding US citizens who dutifully applied for and obtained the permit to carry a gun in their own state will have the right to conceal carry and travel freely between US states without worrying about conflicting state codes or onerous civil. (Hint: the keyword here is “law abiding”.) 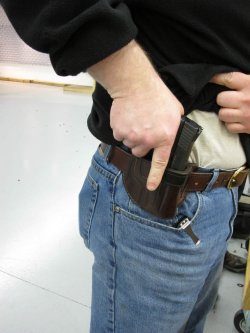 The “Concealed Carry Reciprocity Act” of 2017 will allow people with a concealed carry permit to also bring their guns across state lines in states that permit concealed carry.

As the republican congressman Richard Hudson,  one of the original cosponsors of this bipartisan bill, explained, “Your driver’s license works in every state, so why doesn’t your concealed carry permit? Our Second Amendment right doesn’t disappear when we cross state lines, and this legislation guarantees that. The Concealed Carry Reciprocity Act of 2017 is a common sense solution to a problem too many Americans face”.

In fact, this new legislation isn't a revolution either, since it is simply an addition to the Concealed Carry Reciprocity Act already passed in 2015 and individual states will retain their authority to determine regulations for carrying within their borders and may decide where people are and are not allowed to carry concealed in their state.

As always, anti-gun movements and politicians complained that “Now we are all going to shoot each other” (yes, they really said that) and that the Concealed Carry Reciprocity Act will create “loopholes” for criminals and terrorists. It's not altogether clear why criminals or terrorists – people who, by definition, go against the law – should worry about having a regular permit to carry concealed guns before robbing or killing someone in another state, nor do they explain why law-abiding citizens should start shooting each other just because they crossed state borders with their legally carried guns (the shock of being far from home, maybe?). The only reasonable explanation for such statements is that they are the typical Pavlovian reflex of gun haters.

What's the situation in Europe? 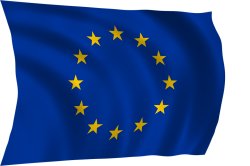 Inside the EU gun laws differ wildly from country to country.

But we all know that the USA is a wild and primitive country, right? So, what's the situation in the Wise Old Europe? Well, the European Union laid down regulations for bananas curvature and cucumbers, but apart from recurring gun ban attemps, inside Europe confusion reigns and there's almost no reciprocity as far as gun laws are concerned.

In fact, some 25 years after it was formally established inside the European Union itself there doesn't exist a “EU defensive concealed carry permit” that allows EU citizens to carry a gun for self-defense across member states borders. If you already hold a license in your own country, you can only apply for a European Firearms Pass (EFP), a locally-issued firearms license that allows citizens of the European Union to travel from one member state to another with their firearms. Let it be clear: just “transport” them (i.e. for hunting or to participate in shooting competitions), not “carry” them for self-defense. The idea that European law-abiding citizens who are qualified to carry concealed in one state can also carry in other states is still pure sci-fi. 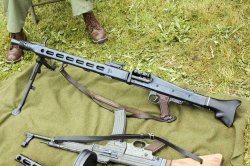 The EU hasn’t common legislative standards even on deactivated weapons.

Even worse, what's legal in a member country can be illegal in the neighboring one or require a particular permit: the very same air rifle with a modest muzzle energy of 8 joules you freely acquired in Strasbourg (France) simply showing you’re above 18, in the small town of Kehl on the other bank of the Rhine River - just two kilometers from Strasbourg but inside German territory - will need a permit for acquisition and possession because all air weapons with a muzzle energy exceeding 7.5 J are treated like firearms there; a simple 9 Para spent case with NATO markings that in many other countries is nothing more than a souvenir in Italy could cost you a charge for “unlicensed possession of war weapons”; and that nice deactivated ww2 machine-gun you keep at home would potentially send you straight to jail if you move in another EU country, since there are no common deactivation standards.

So, what’s the sense? How many crimes and terror attacks have been committed with deactivated ww2 machine-guns? Do Italians have less criminality because gangsters can’t legally own spent brasses? Is Germany “safer” than France thanks to its stricter airgun laws? (In view of recent events both Germans and French should probably be more concerned about driving licenses and truck rentals.)

But the central question you should always ask to lawmakers whether you are an American or a European citizen is: do you really think that these silly, ideologically driven, confused and contradictory rules are of any use, besides making life tougher for law-abiding people?

Click here to read about the changes to the EU firearms directive adopted by the European parliament on March 2017 on all4shooters.com.