On November 16, 2016 a conference initiated by Firearms United was held in Bruxelles. One year after the terroristic attacks in Paris, the European commission still believes that a ban of legally owned semiautomatic weapons is the right way to fight terrorism. Let's have a look at the current discussion. 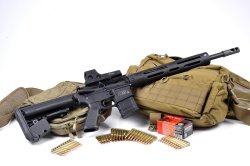 Franco Palamaro
Even if data says that no legally owned semi-automatic rifle was involved in terror attacks, they are still the first concern of EU commission as well as magazine capacity

Robert Blicharski
EU gun ban: Even if derived from weapons designed for military use, legal semi autos lack the possibility of burst fire

The November 16 Bruxelles conference saw the participation of many representatives of pro-gun world, as the German Rifle Association, Firearms United, FESAC (Federation of European Societies of Arms Collectors) and was opened by Alain Alexis, member of the European commission and strong advocate of new restrictions for gun-owners.  Alexis presented the "well known" anti-gun arguments that most of the independent observers considered as not well evaluated.

The Commission’s position is clear that semi-automatic assault weapons derived from the “AK 47 Kalashnikov family” and the “AR 15 family” should be banned for civilian use given that they were designed for military use. What a nonsense!Magazine sizes for short and long firearms should be limited to 10 rounds and should be subject to authorization and stringent checks and any derogation should be strictly limited and tightly controlled.

EU citizens, so Alexis, expect swift progress in this area to ensure their protection, so "we" must reach a final version of EU gun laws before the end of 2016 on this key piece of legislation. 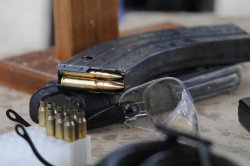 High capacity magazines are another major concern of EU commission

In parallel, the Commission will launch a renewed push to clamp down on the illegal firearms trade including at the EU/Western Balkans Justice and Home Affairs Ministers’ Conference on 15-16 December 2016.

It seems that the pressure is on now, and the EU Commission is getting bad publicity and crying about “delayed” firearms directive. However, in this the commission only has itself to blame, due to poorly drafted proposals, which they have not been able to this date, provide any justification for.

As predicted, pro-gun interest groups provided the most solid and proofed facts:

Katja Triebel, head of research for the international Firearms United network, introduced her own impact assessment – a document drafted closely following the EU impact assessment guidelines, largely based on many of the documents that the European Commission is trying to use to justify its ban plans, and impressive both in terms of detail and sheer workload that was necessary to generate it.

The findings of Triebel’s impact assessment are that the approval of the EU Gun Ban would result in a total disaster for the legitimate civilian gun industry and for law abiding gun owners. That's why for the very first time in Europe the gun-industry and the associations have made not such a bad job, to fight for their interests. In fact this exactly what sportshooters and hunters expected. But the nightmare of new restrictions is still existing, even if this conference could help, to avoid totally senseless news anti-gun regulation as discussed during all the year 2016. 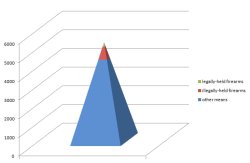 Let's have a look at the arguments:

With the murder rate in the Member States being steadily falling and with an estimated 70 to 150 murders committed in the entire EU with legally-held firearms yearly – none of which with the modern sporting guns that the Commission is seeking to ban – even just doing nothing and not modifying the European firearms directive at all would yield better results in terms of public safety than enforcing the planned EU Gun Ban. 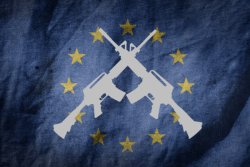 On the other hand, should the Council and the European Parliament decide to cave in to the Commission’s false and misrepresented data, an industry that’s worth billions of Euros and supports over half a million of jobs EU-wide would be damaged beyond repair.

FESAC chairman Stephen A. Petroni once again denounced how the European Commission willfully and maliciously compares legitimate gun collectors with illegal hoarders and identifies them as “possible sources of firearms” for the black market in order to justify restrictions against them. Along with museums, private gun collectors today take it upon themselves to preserve often unique collectable pieces for the future generations; the European Commission wants to destroy those pieces of history, just like ISIS did with the monuments of Palmyra and Nimrud, and is willing to trample on subsidiarity principle and overload law-abiding citizens with more legislative and bureaucratic burden rather than letting Member States enforce existing laws – and all because it’s hell-bent to disarm individuals. 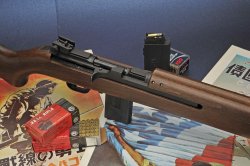 Firearms United president Tomasz W. Stępień had the honor to deliver the final remarks of the conference, and did so with a vengeance. His remarks were probably the most intense and vibrant speech of the day. Her is what he said:

“While political correctness allows gun owners to be the only part of society that can legitimately be victimized by deliberate attacks, anti-gun political leaders live in their ivory towers surrounded by armed bodyguards and plot the disarmament of their citizens.

Our Countries are increasingly unsafe, so much that governments must resort to the deployment of the military in our streets, but at the same time those governments listen to the voices of so-called anti-gun “experts” such as Jean-Luc Stassen – the director of the Belgian Proof House, who’s recently been arrested for falsifying destruction records for firearms that he subsequently sold on the black market”.

The outcome of the conference is likely to strengthen the position of the MEPs who oppose the restrictions. 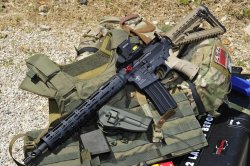 As Stępień warned, if any restriction was passed, no matter how watered-down, the only result would be the introduction of new regulations that wouldn’t be enforceable without diverting valuable resources from the fight against illegal trafficking. The collective punishment of over two hundred million European citizens would alienate them to the point that they would support political movements that advocate for the break-up of the EU as we know it; and given how the confidence of European citizens towards the EU institutions and their national governments has been steadily falling in the past years, this is a solid probability.

And since the European Commission is treating all those who disagree with them on the EU Gun Ban as “freaks, gun-nuts, racists, stupid, evil, backwards, anti-EU”, and what not, Stępień wished to remind the EC that calling the opponents names is exactly what costed Hillary Clinton the U.S. Presidential race; only toning down insults and avoiding any restriction will avoid the “Trump effect” in Europe.

The resume of this conference held in Brussels: let's keep on fighting for gun rights, it's worth it and the chance to avoid "total nonsense" in the new EU gun law is not so bad at all. Thanks to all of us, who are part of this fight.

Subscribe to the Newsletter
This article is also available in this language:
IT
Click here for more information on the topics:
LawAK-47 KalashnikovAR-15Black RiflesSemiautomatic rifles
That might interest you too: