Brain tuning to help your aim

If you want to shoot straight, and hit the target every time, you need to be on top form both mentally and physically. Let's see if this can help... 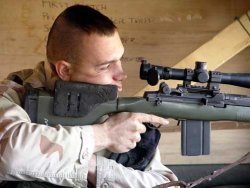 United States Marine Corps
It takes a lot of concentration and practice to become an expert marksman such as this U.S. Marine...

In the same way that an athlete trains his mind and body to perform to perfection, as a shooter, you can to do the same and improve your shooting accuracy. But whilst physical exercise can help to energize you, pumping oxygenating red blood cells round your body to your brain, are there any shortcuts to improving your mental focus? Here are some tips to improve brain function and concentration.

Most people have heard of the supposed benefits of Omega oils, but not many people know exactly how they work. Research into the benefits of fish oils on brain function has been ongoing for some years now, and the results are impressive. It has been shown that Omega 3s and another group of essential fatty acids, Omega 6s, have an impact on concentration and focus in those who use them as supplements, which is why high school students often boost their intake prior to examinations. 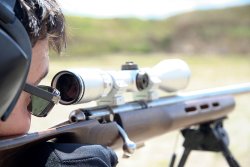 How Do They Work?

Rather than taking scientists’ word for it, it’s useful to know exactly how essentially fatty acids work in the brain, and why they could be so important when it comes to concentration and brain performance. The brain has to pass electric signals from one brain cell to another in order to function properly. The point where the charge leaves one brain cell (or neuron) and jumps to the next is called the synapse.

After bridging this physical space the electrical charge has to enter the neighboring neuron by penetrating its cell membrane. About 20% of the cell walls surrounding the neuron are made of essentially fatty acids. Also embedded in the cell walls are structures called ion channels, which open and close to allow the charges to pass on, or to block them as necessary.

One theory is that the Omega 3 fatty acid called Docosahexaenoic acid (DHA) makes the membrane that holds these channels more elastic, making it easier for ion channels to change shape. If you don’t have enough DHA available, the brain substitutes with a molecule called DPA (n6), but it is far less flexible, and not as effective for optimum brain function. Essential fatty acids act as the oil in your brain’s engine, allowing it to tick over smoothly, with electrical impulses moving easily from one neuron to another, without having to do extra work in between.

What other supplements might help you with focus and concentration in your shooting practice? There are plenty.

Ginkgo is a nut-like seed from the Chinese Maidenhair tree, and is believed to have a positive effect on memory and concentration. Studies disagree about the level to which it acts, but students studying for exams use it widely. One theory is that it has an inhibitory effect on norepinephrine reuptake, which prolongs the effect these neurotransmitters have on neural activity, stimulating improved mental acuity and alertness. People who feel mentally ‘foggy’ or suffer with poor memory often take it. Its effects seem to be optimized at two and half hours after ingestion. Always follow the dosage instructions.

These may be related to cognitive function. A double-blind, placebo-controlled study showed improvement in spatial working memory after administration of an isoflavone combination containing daidzein, genistein & glycitin.

These are widely thought by some scientists to improve cognitive function, although research is not conclusive. B Vitamins are believed to have an effect on homocysteine levels – which is an amino acid that is thought to lead to mental impairment if levels of it are low.

This vitamin may have a positive effect on the brain, according to research. Metabolic pathways for the compound have been found in both the hippocampus and cerebellum. Data shows that increased Vitamin D levels improve cognitive function, although not with improved memory. 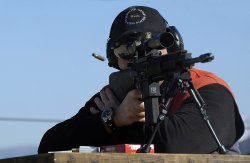 Long range shooting may seem easy with a scoped rifle, but it simply... is not, and concentration is paramout!

As with all drugs there are health considerations for any new supplement you introduce to your body, even natural supplements. Overdosing on Ginkgo Biloba, for example, can cause the side effect of appetite suppression to become a problem, and lead to anorexia. Other problems can arise with so-called nootropics, or ‘smart drugs’, that students have started using to get the edge in examinations. Is it worth taking nootropics to improve cognitive function for shooting? You decide. Illinois cocaine addiction resources are being stretched because of an upswing in the use of, and addiction to, brain enhancing drugs taken by the state’s student population. University and high school Principals have voiced concern about addiction or over-reliance on nootropics for some time. Methylphenidate is a stimulant increasingly being used on campuses, as well as Modafinil. Drug rehabilitation therapists have noted that cocaine and some ‘smart drugs’ have similarities. Both increase mental alertness, and act as a stimulant. Some increase alertness at the cost of sleep. 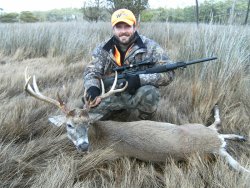 Dealing with erraticly moving targets, such as when hunting, requires superior reactivity

Is it worth risking addiction to nootropic drugs, simply for increased accuracy and focus in your shooting, either in the field or on the range? It would undoubtedly be safer to stick to natural supplements, although not all nootropic drugs have been conclusively demonstrated to be either harmful or addictive. The broader subject of ‘doping’ in shooting competition is a thorny one, and not at all common. Kim Jong Su of North Korea and Australian Phillip Adams were found guilty of taking banned drugs in various Olympic Games, but not for performance enhancing drugs per se, simply a drug that could mask them. If there were a drug that could make you shoot straight and hit the target every time, you can sure it would have been discovered by now. In the meantime, optimum health, regular practice and a few choice natural supplements may simply be the best cognitive aids needed to improve shooting performance.

Dynamic shooting sports are becoming increasingly popular. And rightly so, because they improve physical performance, concentration and promote a sense of responsibility. That's why we offer an introduction to basic shooting skills so that you can act accurately, powerfully and quickly according to the IPSC motto "Diligentia, Vis, Celeritas". Find out what it takes to get the perfect pistol grip …

Linda Mellor is collaborating with Iain MacGregor, one of the UK’s internationally qualified shotgun coaches. In a series of interviews and videos they explore the value of working with a shooting coach. In this chapter they meet with gunsmith Andy Coull and explain why a correctly fitting gun is important.

Linda Mellor is collaborating with Shotgun Coach Iain MacGregor, one of the UK’s internationally qualified shotgun coaches, and is building a series about the value of working with a shooting coach. In this chapter, they explore the importance of a pattern plate, and why it is vital to understand where your gun shoots.

Linda Mellor, 52, has had a lifetime around guns but only started shooting four years ago. Determined to approach shotgun shooting correctly, she contacted Perth based shotgun coach Iain MacGregor. Iain has been coaching since the early 1980s, and is one of the UK's few highly qualified shotgun coaches, and holds international qualifications at the highest level.

Some people think that having a semi-auto in “Condition One” – gun loaded, hammer cocked, safety on – is dangerous. Other think that the so called “Israeli Carry” – chamber empty and hammer down – in self-defense situations is almost suicidal. Let's take a look at pros and cons.