With the 6 mm Advanced Rifle Cartridge (ARC) Hornady introduces a brand new and promising round for the AR-15 platform. Other companies such as Brownells, CMMG, Proof Research or San Tan Tactical are following suit and are already offering corresponding complete rifles, interchangeable barrel systems or barrels. A real innovation that you should take a look at. 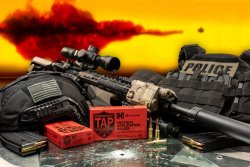 © Hornady
Also in the official world of military and law enforcement the 6 mm ARC could be an interesting alternative to the classics used so far.


Breaking News +++ Clearly, in the USA there is always a much bigger fuss about new calibers, which are supposed to shoot up like mushrooms every year and outdo each other in their performance or the sum of their special features. In Europe, new calibers are often viewed with a certain distance. This often has to do with the restrictions imposed by gun legislation there. In addition, it often takes a very long time for a new cartridge to clear all hurdles and then be formally approved by CIP.

On the other hand, this skepticism is also based on the knowledge that there are often older cartridges that are in no way inferior to such new developments. But every now and then a newcomer wins out over all the classics because of its well-balanced, efficient ballistics. A good example of this is the 6.5 Creedmoor, which is also gaining more and more popularity on the shooting ranges and in the hunting grounds. 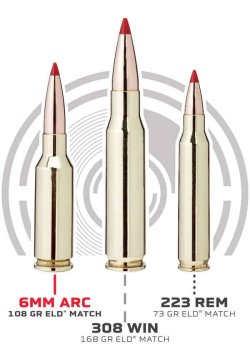 © Hornady
The new 6 mm ARC compared to the classics in the form of the .223 Remington and .308 Winchester.


Does the new 6 mm ARC round take the AR-15 to a new level of performance?

Whether this also applies to Hornady's new "Black Rifle" 6 mm ARC round is still in the stars, of course. Nevertheless, we would like to introduce the new caliber. Especially for the popular self-loading rifle based on Eugene Stoner's design, there are always new cartridges available, such as the .224 Valkyrie and many more, some of which disappear from the market without a sound. Whether this fate will also befall the 6 mm ARC is doubtful, because there are already about 20 rifle manufacturers from Barrett to Wilson Combat who offer rifles, uppers or barrels in this caliber. According to reports, the new cartridge has been selected and tested by a special group of the US Department of Defense for a "Multi Purpose Combat Rifle" program, and is already scheduled for service. Interesting in this context is the fact that the US military recently expressed interest in a new 6.8 mm all-purpose caliber for the NGSW (Next Generation Squad Weapon) project, which we have reported on all4shooters.com several times. The M4A1 carbines and M249 light machine guns in 5,56x45 are to be gradually replaced from 2023 on by more powerful weapon systems. Whether the new 6 mm ARC will also be involved in this area was not yet certain at the time of writing these lines. 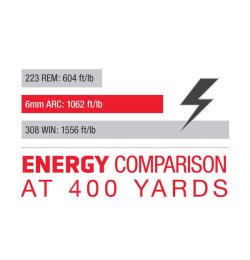 Is the Hornady 6 mm ARC a ballistic prodigy in terms of bullet drop?

With cartridge dimensions compatible with AR-15 standard actions and magazines, the 6 mm ARC outperforms the 5.56x45 mm NATO/.223 Remington in terms of ballistics and is said to be comparable to a 7.62x51 mm NATO/.308 Winchester in terms of performance level, with the newcomer having advantages in the long range due to higher BC values. According to Hornady ballistics expert Jayden Quinlan, the key question in the development of the 6mm ARC was: "What can we do with today’s technology to maximize the performance of the AR-15 platform?” The 5.56 mm NATO has an effective range of up to 500-600 m, over distances beyond that the military will switch to heavier weapons in 7.62 mm NATO. Compared to the 5.56 mm NATO, the new cartridge has less bullet drop and less wind drift with identical recoil characteristics and can be used at distances of up to 1,000 m. Compared to the 7.62 mm NATO, the 6 mm ARC provide comparable ballistic profile and outperforms the classic round in terms of wind resistance. Rifles in the new caliber are 30% lighter than models in the 7.62 standard caliber and the ammunition also weighs 30% less. Due to the mild firing behavior (54% lighter than the recoil of a .308 Win.) the shooter should be able to visually control the hits impact better. Also, a higher magazine capacity and a long barrel life are positive characteristics of the 6 mm ARC.

From Hornady, 3 different 6 mm ARC factory ammunition loads come in the form of the 108 gr ELD-Match (muzzle velocity 838 m/s, G1 ballistic coefficient .536 from a 24" test barrel), 105 gr BTHP Black (same velocity at identical test barrel length, BC-value .530) and 103 gr Precision Hunter ELD-X (853 m/s in 24" test barrel, BC-value .512). The recommended barrel twist length is 1-8" and, by the way, you can use multi-lug rotating bolts designed for the 6.5 Grendel caliber, which has been on the market for some time.

More information can be found at: www.hornady.com

Here you can read our article on the new San Tan Tactical STT-15-6ARC rifle in 6mm ARC.

Subscribe to the Newsletter
This article is also available in this language:
DEIT
Click here for more information on the topics:
Hornady AmmunitionAR-15
That might interest you too: 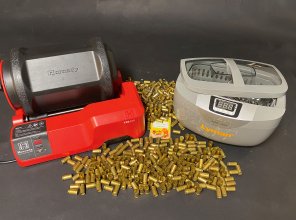 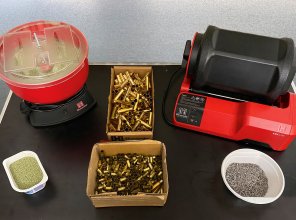 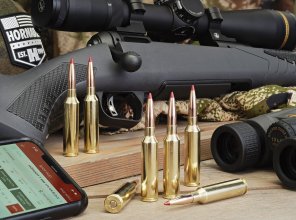 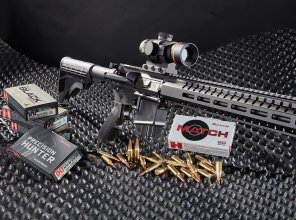 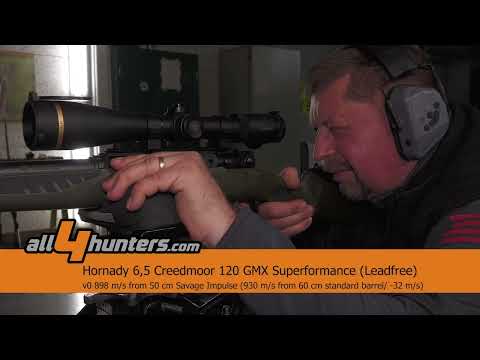 hornady-ammunition04/24/2022Hornady 6.5 Creedmoor against .308 Winchester in a live fire test – We simulated some shots on a driven hunt 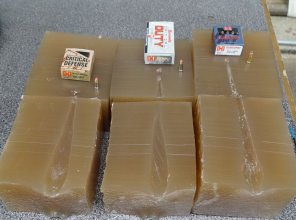 hornady-ammunition11/10/2021Hollow-point cartridges from Hornady under test: FTX Critical Defense, FlexLock Critical Duty and XTP Subsonic, what are the differences? 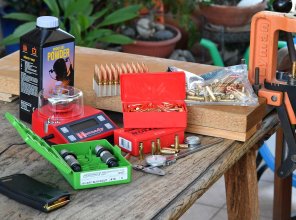 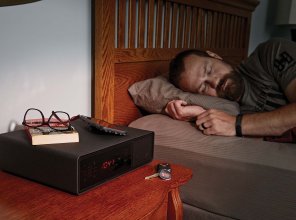