Cosmi shotguns: we tried them out for you at the shooting range – and these are our impressions

Test & exclusive video: a whole day at the shooting range with Luca Gaeti testing the Cosmi semi-automatic shotguns. Learn all their secrets and extraordinary qualities with us here on all4shooters.com.

The legend of the semi-auto break action

We are at the end of the 19th century when in Macerata Feltria, near Pesaro and Urbino – between the Italian Marche and Romagna regions. Rodolfo Cosmi, a passionate hunter and owner of a gun repair store with his sons Americo and Marcello, made the most ingenious semi-auto ever produced in history: featuring a break-action like a side-by-side or over-and-under, but capable of chambering (at the time) up to 8 rounds – 1 in the chamber, plus 7 in the tubular magazine inside the stock: in short, the Cosmi shotgun was born.
Everything else is a legend that continues to fascinate hundreds of enthusiasts around the world. That's why... 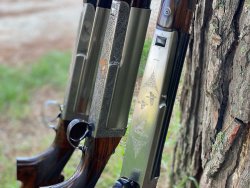 From .410 bore to 12 gauge, passing through 20 and 16 gauge. Featuring every kind of material and finishing on customer's request – really unique semi-automatic guns.

In the beginning it was certainly the fire power and the great ballistic performance provided by the barrels handmade with painstaking care that determined the worldwide success of the Cosmi. In fact, its main use was for all forms of migratory hunting, especially ducks.

There were practically no limits, and those 3 more rounds that the Cosmi guaranteed were an irresistible temptation for woodpeckers and wood pigeons fans!

Not only that - the long recoil operating system was the only one for a long time, with alternatives ranging from the everlasting Browning Auto 5 to local variations of the original project, among which were the Breda and Franchi guns.

The Cosmi gun made everyone eat the dust, especially as far as mechanical reliability and perfection of workmanship, not to mention its "class": made from top quality materials, the uniqueness of each piece, up to the almost infinite possibility of customization and personalization, from stock to engravings.

It was heavy, sure! But for the hunter of migratory game birds this was only an advantage, consisting in greater stability and decidedly non-punitive recoil, which offered the shooter the chance of easy follow-up shots, or engaging other targets after scoring a hit with extreme ease.

Then came our era with its thousands of innovations and limitations (first and foremost, the 3-round limit), the rarefaction of game, and the Cosmi guns – while continuing to attract crowds of fans of beautiful and exclusive things – lost some of their charm and interest, especially on the practical side. Until recent times, those of the relaunch!

Two factors above all have determined this: 1) on the one hand, the search for new and innovative materials, starting with titanium, which have brought the Cosmi guns to a level of absolute lightness, able to compete with any other shotgun in terms of weight and ease of carry in any scenario, first and foremost walked-up hunts, from mountain hunting to woodcock hunting; 2) on the other hand, the arrival of Luca Gaeti, who has been able to take over the reins of the company. Gaeti, a young and brilliant entrepreneur with a passion for hunting and for jobs well done, from the heart. By investing heavily in research and innovation, marketing and communication, he has taken charge of the brand, leading it to new, extraordinary heights and making the Cosmi once again an object of desire – a "must have" – among top-class guns.

What's more to a Cosmi? 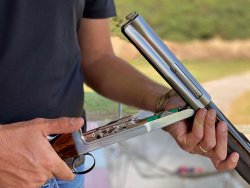 Detail of the break-action, which makes the Cosmi a gun of incomparable class and safety – as well as a prodigy of perfection and mechanical genius.

All the advantages of a Cosmi, beyond class and aesthetics, can be attributed to three factors:

For the rest, the cocking system is only apparently different. In fact, except for opening and closing the gun, everything is the same as in a common semi-auto, although particular.

While in any industrial product you have to operate on the charging handle to open the bolt and then chamber the cartridge, in the Cosmi you operate a retractable lever under the bolt – the bolt has no handle, and is therefore streamlined and elegant. While in a common semi-auto you push a button to close the bolt, in a Cosmi you have to push the latter with your thumb. While in a common semi-auto you have to depress the shell carrier and insert the shells into the magazine under the barrel with your thumb, in a Cosmi you use your index finger to insert them in the stock magazine. Then, you lower the hammer, close the gun and... "Best of luck"! That's it, and you get the hang of it in 5 minutes...

As for the gun's feeding system, we are at something NOT ancient but classic, which is something else entirely. In fact, the proprietary long recoil system, thanks to the perfection of workmanship, guarantees a reloading speed comparable to the best inertial guns, combined with absolute cleanliness (which means less wear and maintenance), since it does not use the gases from powder combustion. A lot more with nothing less.

A firearm, after all, is a machine made to do just a job: shoot well! 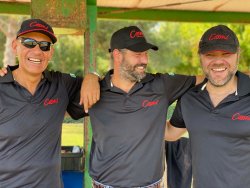 Andrea, Luca and Emanuele: the protagonists of our test.


Therefore, any test that is not also practical is less than nothing. That's why we took a "bundle" of Cosmis and together with Luca Gaeti, assisted by the great Emanuele "Alli" Bogarelli, we fired them again and again in various sessions at the shooting range.

No, not a sporting course where for hunting weapons it would have been basically easier – but from the trap platform, where with Cosmi gubs in .410, 28, 20 and 12 gauge we faced the most difficult of targets.

The result was surprising.

Ballistics: once we got the hang of the cocking system (as we said, everything becomes natural in a few minutes), what amazed us most was the ballistic performance of the barrels. All of them and in all calibers. This allowed us to engage targets at sidereal distances. Unthinkable.

Swinging: the perfect balance of the guns is immediately noticeable. This gives a quickness of aim that is unthinkable in a semi-auto shotgun. To the benefit of lightning-fast swings. 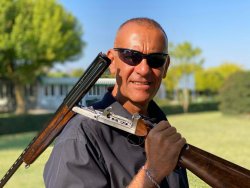 The possibility to carry a semi-auto:shotgun open and in safe condition is one of the distinctive features of Cosmi guns, together with the absolute quality of barrels, materials and finishes.


Functioning: not a single jam, incredible ejection and reloading speed, almost no recoil and no muzzle flip, with no influence on follow-up shots (split a pigeon clay in two, pulverized with another shot one of the portions in flight). Tu-tum! In less than a second.

Gauge by gauge: Let's say that only with the 20 gauge, which was born in a forest/hunting configuration (63 cm. barrel, titanium frame), we had some problems especially with the farthest clay pigeons. As for the other guns, we had top performances, with a particular note of credit for the 12 and the .410, thanks to long barrels and significant chokes.

Now, what remains to be done – but everything is already planned for next fall – is only to try them and go hunting for real! Which makes us say: we can't wait!

In the meantime, for those who are interested, we would like to let you know that the Cosmi guns, ALL of them, are unique pieces that can be obtained only by order, followed by a visit to the company, first of all to take the measurements (as for a tailor-made suit), then to choose wood and finishes, barrel lengths and possible engravings, up to the most particular personalizations.

If the Cosmi is lightning fast when shooting, to get one after the order takes months, since everything is handcrafted. Remember that if you want to have it in time for your dream hunting season!

For more information on the Cosmi semi-automatic shotguns please visit the Cosmi website.

Subscribe to the Newsletter
This article is also available in this language:
DEIT
Click here for more information on the topics:
CosmiHunting.410 (gauge) 28 (gauge)20 (gauge)12 (gauge)
That might interest you too: 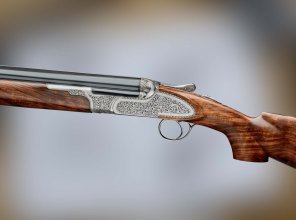 cosmi12/29/2021Sovrapposto: the new over-and-under shotgun from the Italian manufacturer Cosmi 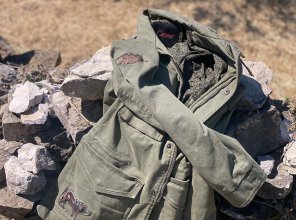 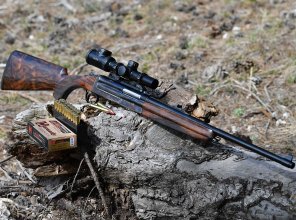 cosmi05/20/2021Discovering the Cosmi Rigato rifle: from the project to the first field test – including our exclusive video 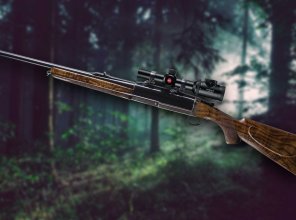 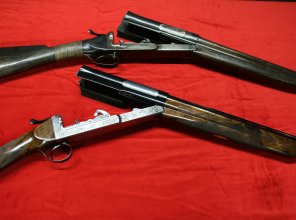 cosmi10/11/2020Video: a visit to Cosmi – The evolution of a unique semi-automatic shotgun