It owes its name to the camouflage coating on the stock and the Cerakote treatment that in Franchi's entire Elite range protects the barrel and metal parts of the gun over time: this is the Horizon Elite Strata bolt-action rifle. We tested it and here we are telling you the details that emerged at the range and on the hunt.

Since their arrival on the market, through a diverse range of models the Franchi Horizon rifles seek to meet the needs of young hunters in particular who look for reliable, accurate and versatile guns, capable of not making them regret the performance of the most prestigious brands but at an affordable price. Already known in the more classic Wood and in Varmint versions also appreciated by target shooters, this time we are talking about the Horizon bolt-action rifle in the Elite Strata version. Elite is the name that distinguishes the series of rifles featuring a Cerakote coating that protects the aesthetics and performance of the barrels over time. Strata, on the other hand, is the technopolymer stock finishwith True Timber camo featuring micro and macro patterns from the plant world. The result is a rifle with a modern and aggressive look that is very comfortable when aiming thanks to the contact surfaces on the stock and the checkered grip. 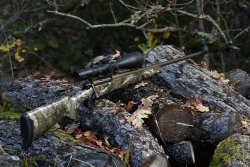 The version in our test is in one of the calibers most prized by ungulate hunters for its accuracy and power, the .308 Winchester, but the rifle is also available in .223 Rem, .243 Win, .270 Win, .30-06 Springfield, 6.5 Creedmoor and .300 Winchester Magnum, with a fluted Dependa bolt and removable magazine. The bolt, machined from solid billets and fluted with a three-lug head, is smooth and fast with a 60-degree lift. The free-floating barrel is cold hammer-forged from chrome-molybdenum steel. It is 560 millimeters long, with round profile and 11” rifle twist. The 15.5-mm diameter muzzle is threaded for the attachment of any muzzle brakes or sound suppressors. As with all Franchi bolt-actions, the Horizon Elite Strata is fitted with a Relia trigger that can be adjusted from 0.8 to 1.9 kilograms and has undergone an accuracy test, which guarantees an accuracy of 1 MOA All mechanical parts are covered by the Franchi warranty – 7 years, as usual. The Elite Strata comes to the public priced at about 1,100 euros (price may vary in different countries due to local VAT and import charges).

The Horizon rifle's bolt is machined from solid billets and fluted, featuring a three-lug head that provides quick and smooth cycling with 60° lift.

Our test firing with the Franchi Horizon Elite Strata 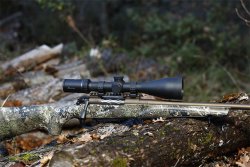 It took only a few shots at a distance of 100 yards to achieve a perfect  group and reliable sighting-in with the Steiner 3-12x56 scope.

The Horizon's precise and pleasing trigger is one of the first aspects I got to appreciate as I began testing the gun at the Franchi firing lines at the Mercorelli shooting range in San Ginesio, in the Marche region of Italy. This is the first planned stage of the Franchi Experience that will then take us, after the sighting-in, to the hunting grounds. Leaning on the rest we fire our first shots at a distance of 100 meters using 150-grain Sako ammo. Our Horizon is equipped with a Steiner 3-12x56 variable magnifications optic, ideal for use in the select hunting we will be engaged in during twilight hours. The first sensations on firing confirm the manageability and accuracy of the rifle and the .308 Winchester caliber, which on the third shot, with a few clicks of scope adjustment lead us to achieve an ideal group in the center of the target. The side two-position safety is well within reach when aiming before firing. The removable magazine is quick to release. The TSA polyurethane recoil pad with variable density and available in three thicknesses that allow the stock to be progressively lengthened, proves indeed capable of reducing felt recoil by being very soft at the shoulder. After the shots at 100 yards I decided to try two shots at 200 yards compensating the distance only with the aiming and without adjusting the scope zero. I placed two shots in the 9 ring, a few centimeters left of center, I therefore felt satisfied and ready for the next day's hunt. 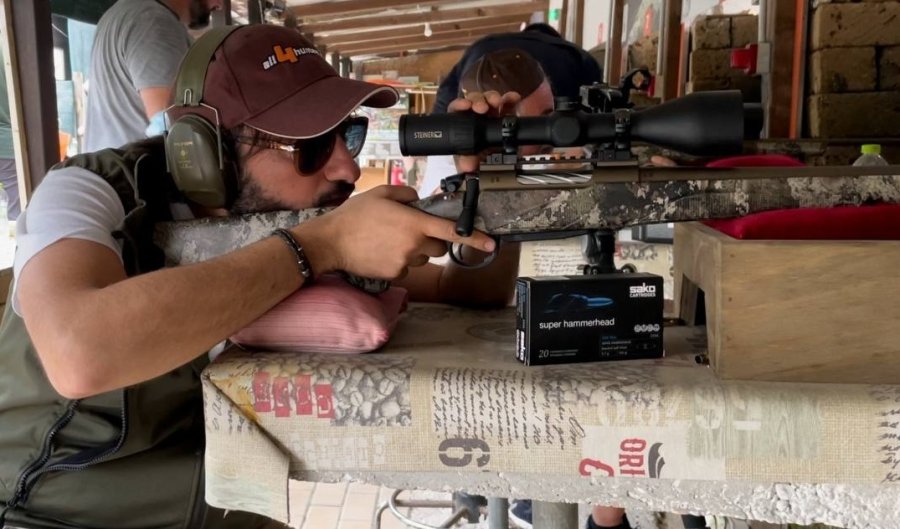 The hunt could have offered the thrill of shooting game, but the shots on the range and the sighting of an adult male roe deer still fulfilled our experience with Franchi. Hunting does not give certainty – and that is its charm too.


Its accuracy is evident, but now that I had also gained confidence with the rifle I was also looking forward to the satisfaction of being on the hunt experiencing perhaps the thrill of shooting wild game. We had the opportunity to kill an adult male roe deer, and accompanied by the reserve staff, I began scouting the meadows and the most likely areas for a roe deer evening out. 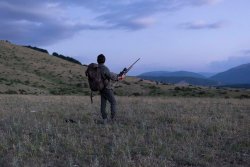 The hunt could have offered the thrill of shooting game, but the shots on the range and the sighting of an adult male roe deer still fulfilled our experience with Franchi. Hunting does not give certainty – and that is its charm too.

Weight of the Horizon Elite is about 2.9 kg and does not make itself felt because it is well distributed, which is why the rifle is also to be considered very suitable for walked-up and mountain hunting. After a few moves and stops necessary for observation with the binoculars, I spotted the movement of a beautiful male roe deer that, however, must have noticed us because it quickly climbed the side of a hill, immediately reaching the top from which it observed us.

The distance was not prohibitive, we were about 120 meters away and through the optic I saw sharply the elegant profile of the wild animal. However, the bottom-up firing position is the risk threshold that I absolutely did not want to cross so I just observed the wonderful antlers of the old roe deer deciding not to shoot. I looked for other opportunities until dusk and up to the limits on the allowed hours, but nature decided not to give en encore and we were therefore content with the nice accuracy test at the shooting range and with the afternoon hunting that granted us the sight of a splendid wild animal among the always unique views of the Fiordimonte valley, where shooting would have been the crowning, but is not the substance of our positive experience with the Horizon Elite Strata rifle.

Subscribe to the Newsletter
This article is also available in this language:
IT
Click here for more information on the topics:
FranchiHuntingRifles.308 Winchester.223 Remington.243 Winchester.30-06 Springfield.300 Winchester Magnum
That might interest you too: 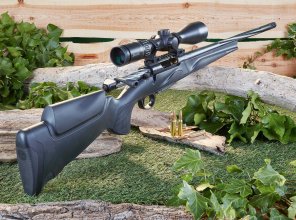 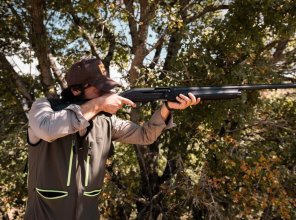 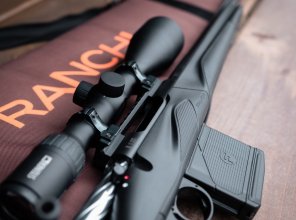 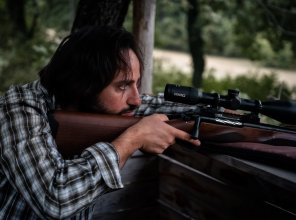 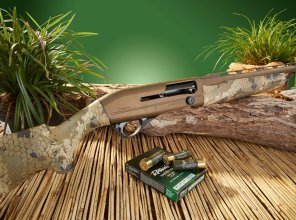 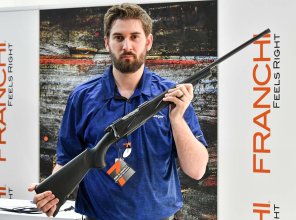 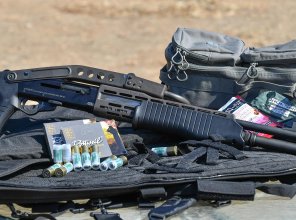 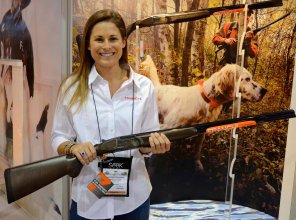