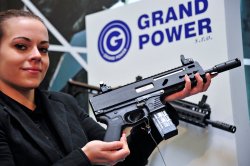 Franco Palamaro
The Stribog S9 semi-automatic carbine was conceived for sport shooting, personal and home protection, and other civilian purposes; a select-fire variant will be available for MIL/LE customers

The Grand Power S.R.O. company – known to the general public for its line of rotating-barrel, polymer-frame semi-automatic pistols – introduced its first long gun, a pistol-caliber semi-automatic carbine dubbed the Stribog S9, which had been anticipated last year at IWA with a handful of eyes-only flyers.

The barrel length may vary depending from local laws and regulations, but all feature a proprietary flash hider; the lower receiver of the Stribog S9 semi-automatic carbine features AR-15 style controls, while the upper receiver sports a reversible cocking handle and KEYMOD slots on the forend.

Subscribe to the Newsletter
This article is also available in this language:
IT
Click here for more information on the topics:
Grand Power9 mmIWASemiautomatic rifles 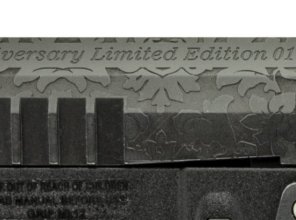