Between the many new products announced for the year 2014 months ago by the Italian-based Armi Chiappa company, the Chiappa LA-322 lever-action take-down rimfire carbine is one of the most interesting, and highly anticipated.

Initially dubbed the Chiappa model 39, the LA-322 was meant as a modern, informal and versatile approach to the classic, historical replica design that made the Chiappa name famous worldwide − including in the United States of America, where the company operates its north-American subsidiary, Chiappa Firearms Ltd., headquartered in Dayton (Ohio).

Shooters have been awaiting for news about the release of the Chiappa LA-322 lever-action carbine for about ten months, now, but the waiting is almost over: the Chiappa Firearms company announced that the first shipments of the LA-322 carbine will be delivered to European retailers in late October, with exports coming shortly after.

Chiappa Firearms, Ltd.
The Chiappa Firearms LA-322 feeds through a magazine tube, which in turn is front loading, akin to a Henry 1860 or a Marlin 1892

The Chiappa LA-322 rimfire carbine sports many of the quintessential features of a Western replica: a standard lever-action working system, with an ejection window located on the right side of the frame; the external hammer dubbing as a manual safety when set on a half-cock position; a standard buckhorn rear sight, adjustable for windage and elevation; and a tunnel-type front sight.

The carbine Chiappa LA-322, however, also comes with many specific features that make it offer more than meets the eye, first and foremost when it comes to the furniture: the standard model will come with a varnished beechwood stock and handguard, but later on during 2015 two more variants will be launched − specifically the Deluxe version, with checkered walnut furniture, and the Polymer version, with fake wood synthetic furniture.

The frame of the Chiappa LA-322 lever-action carbine is machined out of lightweight aluminium alloy and sports an artificial case-hardened finish, obtained with a state-of-the-art industrial procedure that is faster and cheaper to apply than the standard case-hardening.

Furthermore, the top portion of the frame is drilled and tapped for Marlin sights or for a scope mount, to be purchased separately.

The magazine tube of the Chiappa LA-322 lever-action carbine holds up to 15 rounds of .22 Long Rifle ammunition, and its loading procedure can be described as a variant of the loading operation for the classic Marlin 1892 or Henry 1860 rifles: the front portion of the tube is easily unfastened and removed to drop the rounds directly inside, tip up; the component is then put back in place with a slight pressure, to put the magazine follower spring under tension.

Chiappa Firearms, Ltd.
A screw-on notch found on the frame allows the shooter to strip the LA-322 carbine in two assemblies, for easier cleaning and maintenance or safer storage

The most interesting feature of the Chiappa LA-322 rimfire lever-action carbine is the takedown capability: with the gun unloaded, the chamber clear and the magazine tube empty, the shooter will only have to unscrew the notch found on the right side of the receiver to strip the gun in two main assemblies, making it more comfortable to carry around, easier to clean, and safer to store when no use is planned for long times.

The Chiappa LA-322 lever-action takedown carbine can be considered as an excellent alternative for small game hunt or varmint and pest control, where allowed, or as a simple plinking and fun shooting tool; its technical layout also makes it a perfect trainer to introduce the newest generation of shooters to the basics of marksmanship and safe handling of firearms.

The manufacturer's suggested retail price for the Chiappa LA-322 lever-action rimfire carbine has been set under the 500.00€ threshold for Europe, and approximately between $380.00 and $480.00 in the United States, depending from the version. 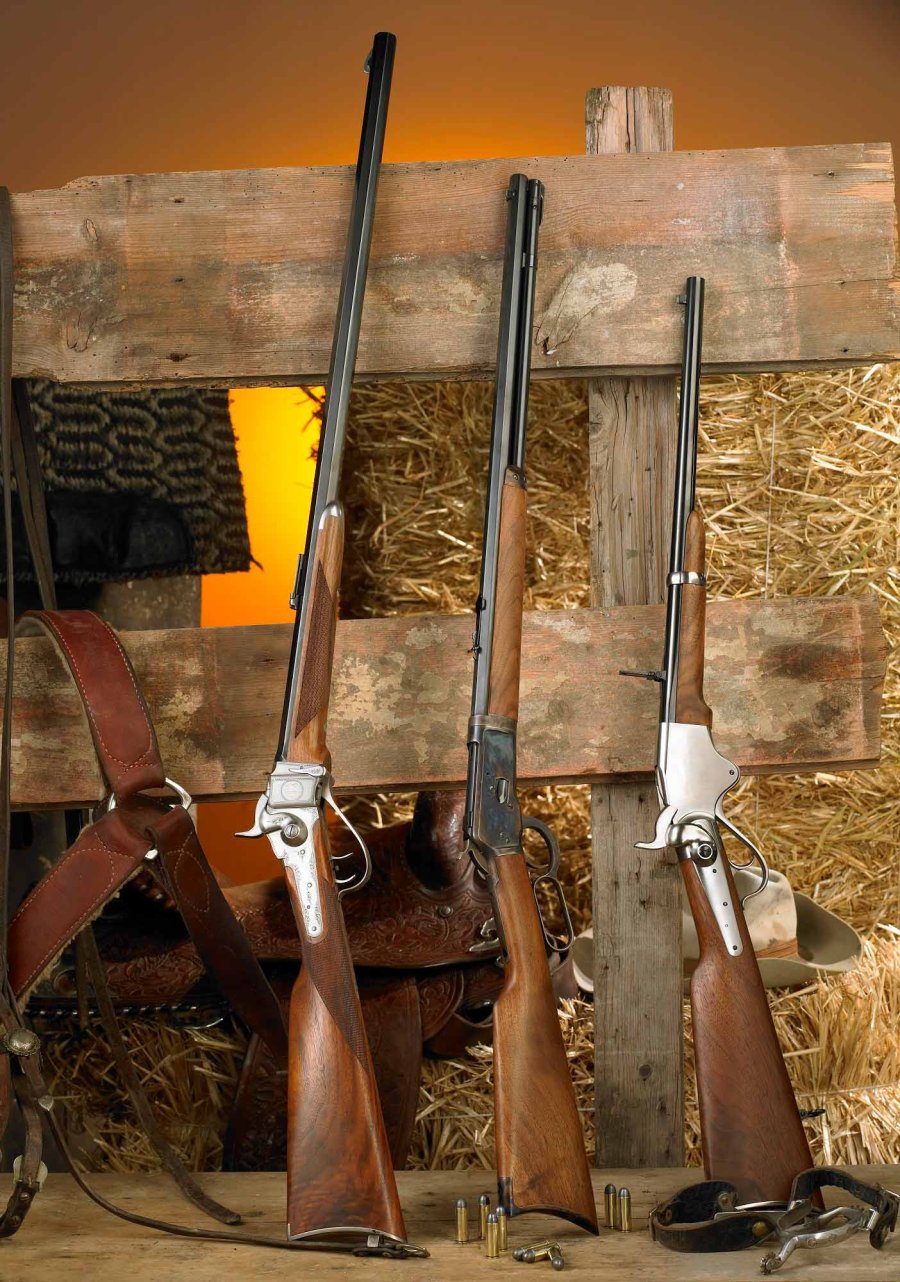 Chiappa Firearms, Ltd.
The LA-322 lever-action carbine is not the only new gun that Chiappa Firearms will be launching in the coming months for all the classic guns enthusiasts!
Subscribe to the Newsletter
Click here for more information on the topics:
Rifles
That might interest you too: