A precious 9mm pistol: the SIG Sauer P210 Midnight with 5" and 6" barrel from Mastershop Prestige

With the P210 Midnight from the Mastershop Prestige series, SIG Sauer shows that it is possible to give proven designs a completely new look. The SIG Sauer P210 is appreciated for its quality and accuracy: the Midnight model features a black finish and a Moon trigger recalling a night sky. all4shooters.com shows you this romantic and elegant pistol.

The Mastershop at SIG Sauer in Eckernförde will now be well-known to most SIG Sauer-interested shooters. Here, in addition to pistols tailored to sporting requirements, exclusive pieces in small editions as well as custom-made products are created according to the customer's wishes. The Mastershop in Eckernförde is divided into 3 different sections: The "Mastershop Sport" deals with purely sports guns. Small pistol series with elegant design come from the "Mastershop Prestige". Shooters who like very personalized and exclusive firearms, turn to the "Mastershop Individual". Of course, the price always rises with the degree of personalization of the pistol, as noble guns involve elaborate work.

The P210 Midnight - the elegance of the night sky 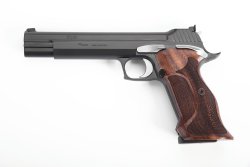 The original version of the P210 already served as “Pistol 49” in the Swiss army, the Danish armed forces and the German Federal Border Guard. Today, the pistol is no longer common in government service, but this does not diminish the myth surrounding it: to this day, it enjoys the reputation of being one of the most accurate mass-produced guns on the market. SIG Sauer's Legend and Supertarget models are based on this tried and tested basic design. The latest addition to this pistol family is the Midnight version, which was presented at the last IWA 2019. it's an elaborately refined version of the legendary P210 pistol from the "Mastershop Prestige" line. The main difference to its sister models Legend and Supertarget is the exterior: here we find a surface coating in the form of a “piano finish” accentuated by gold-plated trigger, cock and screws. The trigger is reminiscent of the Moon, the golden screws of stars in the night sky. All in all, this design blends into an elegant and romantic overall picture that has been seldom seen before on pistols. The pistol is available in two versions: It comes with a 5-inch barrel and a slightly longer 6-inch barrel. 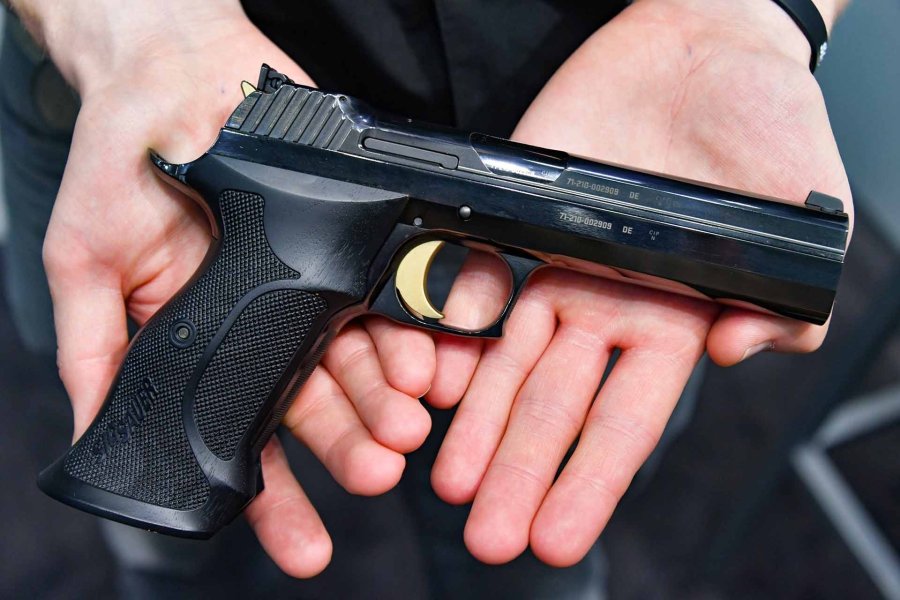 Franco Palamaro
The P210 Midnight was already presented to the public at the IWA 2019.

Further information about the P210 Midnight can be found on SIG Sauer website.

We already took a closer look at other new models from the SIG Sauer Mastershop at the IWA.

Subscribe to the Newsletter
This article is also available in this language:
DE
Click here for more information on the topics:
SIG SauerPistols9x19 mm (9 Luger)9 mm
That might interest you too: