CZ military pistols will be assembled and repaired also in Peru

The Czech company CZ supplied to peruvian FAME army plant advanced equipment, tools and instruments, and in recent months trained technical personnel, which has launched a long-term manufacturing and technological cooperation with Peru.

This is the first investment cooperation between Czech and Peruvian company in the promising field of defence and “the first case of initiating technological cooperation of Česká zbrojovka Uherský Brod for the whole region of Latin America“, as emphasized by Ms Marcel Rios, Sales Manager of the CZ company for Latin America. Such cooperation in production, including further transfers of know-how and licences should be in the next 15 years gradually strengthened, while the added value generated in Peru will grow up to 40 %. 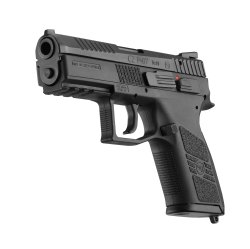 The opening ceremony was attended on behalf of the Peruvian side by CEO of FAME, Colonel Armando Rincón Moretti, further by Chief of the General Staff of Land and Air Forces, Chief Inspector of Armed Forces, Head of Armaments for the Peruvian national Police and the Director of the National Bureau of Arms Control for the Civilian Purposes (SUCAMEC). The Czech side was attended, besides business team and specialists of CZ, also by members of the Czech Embassy staff, Deputy Ambassador Ms. Kamila Hrabáková and Second Secretary Mr. Jan Vejmelka.

The CEO of FAME factory, Colonel Armando Rincón Moretti in his speech, among other things, expressed great appreciation that his enterprise will now be able to assemble, provide service and to realize sales of renowned Czech arms in the Peruvian and subsequently the regional market.

“Start of the production cooperation is an important moment in the development of bilateral relations in defence and security, which in recent years has also become the subject of more structured dialogue between our countries, whereas close communication now takes place also at the level of the Armed Forces”, said earlier to this Czech investment the Ambassador of the Czech Republic in Lima Mr Pavel Bechný.

all4shooters.com was one of the invited guests at the international trade press who were able to examine the new CZ 600 repeater series for the first time on the shooting range at CZ, on site in the Czech Republic. The new series with interesting technical features replaces the CZ 557 family and consists of the five models Alpha, Ergo, Lux, Trail and Range right from the start.

From CZ USA the new 9mm CZ SP-01 Competition Red & Blue is offered with a choice of red or blue aluminum grips. Designed as a “tricked-out competition pistol out of the box“, it features +4 magazine base pads and a light trigger pull, with lightened hammer spring and recoil spring.

Czech manufacturer Česká Zbrojovka has been offering small caliber conversion kits for the CZ 75 and the polymer service pistols P-07 and P-09 for years. But CZ now also offers a conversion for the Shadow 2 series sport pistols. We tested the current Kadet hybrid adapter with the CZ Shadow 2 and tell you who it makes sense for in training.

Česká zbrojovka has added another model to its well-known 557 hunting rifles line. It goes by the name 557 Ranger and is only available in a limited edition. The solid equipment, combined with a particularly attractive price-performance ratio have made us curious: what does the rifle bring with it and what is it suitable for? You'll get the answer here. 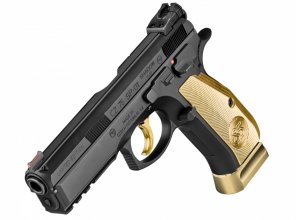 The largest manufacturer of small arms in the Czech Republic and one of the most important arms companies in the world is releasing two limited anniversary edition firearms with special features. Only 2000 CZ 75 SP-01 Shadow 85th Anniversary pistols and 2000 CZ 557 85th Anniversary rifles will be offered. 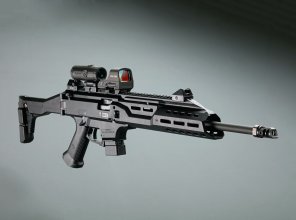 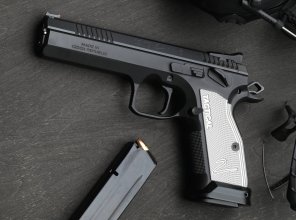