Silencers are supposed to improve accuracy in hunting rifles, but may cause functional problems on semi-autos from time to time. Robert Riegel tried out what of this applies to a silenced handgun, whether the first shot gets louder and how loud which cartridges are with and without silencers.

First of all, a clarification: we determined the volume levels with a commercially available, mobile measuring device, and not in the laboratory for Corona-related reasons. Therefore, measurements under laboratory conditions may show slightly different values. Also, laboratory devices measure the extremely fast increase of the volume level more accurately, microphones of simple devices are not sufficient for this. Subsonic cartridges for pistols, however, have strongly deviating ballistic conditions compared to hunting cartridges. These allow a simpler approach. The comparability of the values among each other is therefore always guaranteed, for the specifics of a silenced handgun, the simple test setup is completely sufficient.

Marcus Heilscher
The Beretta M9A3 features a straight backstrap, the hallmark of the Vertec grip.

The Beretta M9A3 in 9 mm Luger

The M9A3 is a follow-on model to the Beretta Model 92, which was introduced into the US Army as the M9 beginning in 1985. With a relatively simple design using a falling-block locking sytem, Beretta has delivered more than one million pistols to US armed forces and law enforcement agencies. The M9A1 followed in 2006, and the M9A3 was introduced in 2015. The most striking feature is its straight grip – the Vertec version. Its shorter distance from the back of the grip to the trigger blade satisfies short-fingered users and women. An included one-piece wrap-around grip, covering the back of the frame, provides a secure grip for medium and large hands.

Marcus Heilscher
The A-Tec silencer can be disassembled for cleaning. This is advantageous because unburned propellant and smoke collect. One less segment shortens the length of the combination, but reduces the damping performance.

The A-Tec PMM-6 contains a spring-loaded piston, which acts like a recoil amplifier. Thus, the A-Tec PMM-6 prevents the occasional malfunctions caused by silencers on short-recoil operated pistols. The recoil amplifier should be removed, cleaned and lubed after 300 rounds. The number 6 in the model designation stands for the six modules of the silencer. Unscrewing one module, in addition to the length, decreases the noise attenuation performance too. The last module features a crown-like design.

Marcus Heilscher
No overview: if you shoot specifically with silencers, you need tritium inserts at night, and the much higher special sights or a red dot sight during the day. 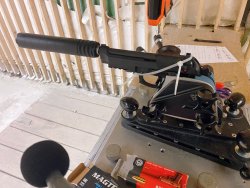 Robert Riegel
Shut up! Not pretty and not functional, but test-locked M9A3 slide. The volume level without slide noise is significantly lower.

In addition to the acoustic ones, the differences in kinetic impulses when shooting also stand out, i.e. less flip and recoil. The silencer acts like a barrel weight. Under hearing protection, the slide noise seems louder than the shot itself. We determined about 73 dB for the slide noise only. The measuring device was placed one meter away at a right angle to the muzzle. The gun shoots more quietly with the slide locked by cable ties. The sound with the slide blocked and with unprotected ears is more reminiscent of a short, high whistling sound than a "bang." The whistling sound probably comes from the highly compressed gases exiting the suppressor with the bullet. The tinkering with the cable tie creates a single shot gun. A quicker way to reload is to place a catch between the slide and the grip, which is manually operated like a safety. An early example from the Vietnam War was the Smith & Wesson Model 39, which was supplied to the US Navy Seals as the MK 22 with a slide lock – but this pistol became a single-shot gun.

The suppressor always caused a shift in the point of impact. Depending on the tested load, between 1.96”/50 and 2.75”/70 millimeters. In our test, the shift was downward. With subsonic ammo, we were able to reduce the shot noise with silencer to the quietest value of 85 dB. This was achieved with the GECO FMJ TC (157 grs). On the other hand, the 113-gr Sellier & Bellot TC FMJ produced the loudest noise of 113 dB without a silencer. 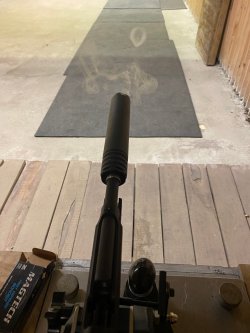 Robert Riegel
Smoke and dirt also billows heavily out of the ejection port of theBeretta M9A3 when fired, a typical side effect of using silencers on semi-automatic firearms.

Loudness: the first shot with the silencer

The "loud-first-shot" phenomenon is also present with the quieter subsonic cartridges. According to the manufacturer, this phenomenon should be able to be turned off by adding a few teaspoons of water into the silencer before firing. We generally refrained from doing this, merely tried it out with a load to see if and what happens – the firing noise is a few decibels quieter, it sounds "wet", but further handling of the damper should only take place after it has dripped out.

The actual volume of the shots depends on both the particular load and the barrel length. Every sport shooter is familiar with this fluid equilibrium: the soft cartridge fired from six-inch revolvers for 25-yard disciplines mutates into a rough cartridge with big muzzle-flash when fired from three-inch revolvers. Subsonic cartridges often have batches of special propellants designed to burn close to the muzzle. The silencer reduces only the bang of the high-pressure gases at the base of the bullet, not the concurrent supersonic bang of the projectile when it exceeds about 330 meters per second of the supersonic cartridges. As a rule, the larger the silencer, the better its attenuation performance.

Subsonic cartridges vary in loudness, but overall are slightly quieter than normally configured 124-grainers, even without silencer. Very light, high velocity rounds like the Magtech 9d – the extremely harsh 95-grain bullet load – are again significantly louder than the mass of normal supersonic cartridges. These peak values were around 120 dB. The use of a silencer requires new zeroing and the installation of high sights. The greatest effect is seen with the slide locked, but reduces the gun to single-shot operation.

For more information on the PMM-6 silencer please visit the A-Tec website.

Subscribe to the Newsletter
This article is also available in this language:
DE
Click here for more information on the topics:
BerettaPistols9 mm9x19 mm (9 Luger)
That might interest you too: 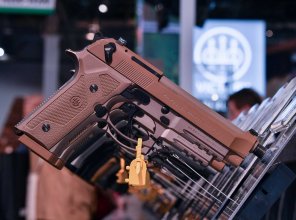 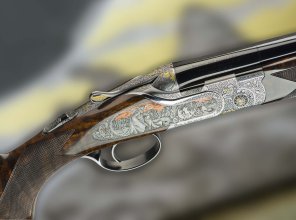 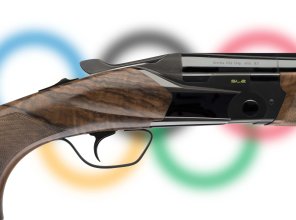 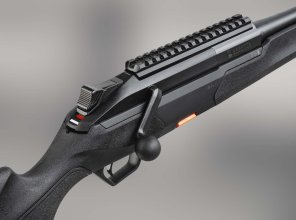 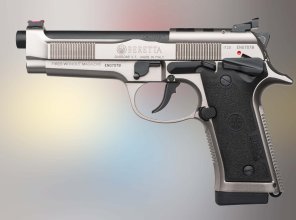 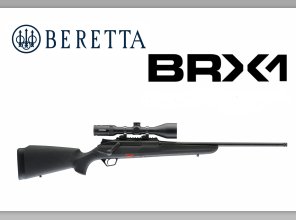 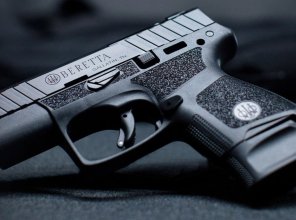 Designed to be easily concealed and with the same low bore axis of the previous models, the improved model embraces the “Red Dot Optic revolution”. It also features a shorter and lighter trigger. Magazine capacity is either 6 or 8 rounds in 9mm.