With the new K18i 1-8x24 riflescope the well-known Austrian brand Kahles aims at a clientele of athletes involved in dynamic shooting sports such as IPSC or 3-Gun and announces an uncompromisingly optimized riflescope for competition. all4shooters.com tried it out. 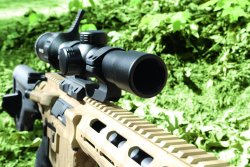 Lang, Daniel
The K18i from Kahles is mounted on a DAR-15 DMR using an Eratac ultra-light mount with the necessary front support.

Founded in Vienna in 1898, Kahles, now based in Guntramsdorf, Austria, manufactures optical equipment for sports, hunting and law enforcement/military. The main focus of its production has always been on riflescopes, which are known worldwide for their quality and rugged design. Kahles has always set standards in terms of lens coating and light transmission. A distinctive feature of the current K (Sport) riflescope series with higher magnification is the parallax adjustment ring combined with the elevation adjustment turret, which allows windage to be adjusted either from the left or right. All controls can therefore be operated comfortably with the intuitively preferred hand without reaching over from the shooting position. This allows the shooter to concentrate on the essentials in competition.

Another new feature is Kahles's partnership with the International Practical Shooting Confederation (IPSC). As a result of this cooperation, the new K18i was developed with the participation of the best IPSC and 3-Gun shooters, which consequently promises special features for dynamic shooting.

Lang, Daniel
The protective caps on the turrets of the K18i 1-8x24 release the elevation and windage adjustment.

The K18i is the direct successor of the proven K16i. From the outside, the two scopes differ only slightly in length. The K18i is about 20 millimeters longer. In addition, the K18i has two extended throw magnification levers for better grasp. Otherwise, the K18i is designed like a classic driven hunt optic. Elevation and windage adjustment turrets are concealed by protective caps, so that unintentional adjustment is not possible. The point of impact correction is adjusted by means of MIL adjustment. Each click corresponds to 0.1 mrad or 1 cm shifting of the hitting point at 100-m target distance. Adjustment is clockwise (cw). This means that when the turrets are turned clockwise, the point of impact is shifted upwards or to the right. The adjustment range of over 200 centimeters per 100 meters is sufficient to cover the usual ranges of up to 300 meters. 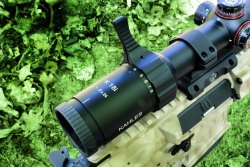 Lang, Daniel
Magnification ring on the Kahles K18i 1-8x24: with a throw lever for safe and quick adjustment in dynamic situations.

The magnification range, as the name suggests, is between 1x and 8x. This is not an approximate 1-fold magnification as with many other manufacturers, but an actual 1-fold magnification. Therefore the K18i can be used almost like a reflex sight. The parallax is fixed at 100 meters. At close range below 100 meters and beyond you should try to look exactly in the middle of the eyepiece, otherwise the parallax error can lead to deviations from the point of impact. But the problem, which is so crucial for precision shooting, plays a secondary role in dynamic shooting. The new riflescope from Kahles features an extremely large field of view of 5.3 to 42.5 meters at 100 meters, depending on the magnification setting. This is an enormous advantage especially for dynamic shooting as well as driven hunts and stalking. The lenses are treated with a repellent coating called "Oilphobic". This is intended to minimize the build-up of dust and dirt. The main tube made of aluminum has a diameter of 30 mm, which is usual for such scopes. Consequently, there is plenty of suitable mounts for all imaginable types of guns in the accessory market.

The reticles of the new Kahles K18i for IPSC shooters

Both reticles available for the Kahles K18i 1-8x24 riflescope lie in the eyepiece plane, i.e. in the 2nd image plane. When magnification is adjusted, only the target image changes in size, while the reticle remains the same size. Therefore, neither distances nor sizes can be determined with the reticle. But this is also not necessary for the dynamic disciplines for which Kahles developed this riflescope model. It was much more important to have the lowest possible target coverage even at high magnifications. Both reticles achieve this very well. The 3GR reticle specially developed for the 3-Gun consists of a pimped #4 reticle. The classic reticle was given a small "Christmas tree" below the center line, which features various hold marks for elevation and windage correction. In addition, the central aiming point and another point below it are illuminated.

The IPSC reticle of the K18i has only 3 points in the center. The central aiming point is also illuminated. The two points above and below are not illuminated and also serve for intuitive correction. The reticle is illuminated with the adjustment ring on the left side. Here, the brightness can be continuously adjusted to the ambient light. In case of backlighting, the shooter has an additional "Max Light" setting available. For this purpose, a small resistance at the adjusting ring must be overcome at the highest brightness. In the following setting, the dot shines extremely bright.

With the Kahles K18i 1-8x24 from on the shooting range 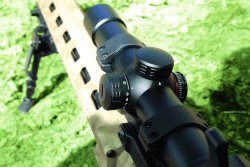 Lang, Daniel
The illuminated reticle adjustment ring on the Kahles K18i: the area with the sun symbol after brightness level 9 is intended for
backlighting situations.

An accuracy test for a riflescope that was specially developed for dynamic sports – no, that was out of the question for the testers. The classic box test is therefore not necessary. Also, the test of parallax adjustment is not possible due to the lack of adjustment possibilities. So, what to do? Logical: go to the shooting range and shoot a few IPSC stages. Said, planned and booked. But then came the Corona virus and the lockdown. Therefore, the testers had to examine the scope on their home properties. Mounted and perfectly fitted on the gun, the testers tried out different aiming positions with an OA15 Black Label from Oberland Arms. Lying, standing, kneeling, hand changes and forced postures were dynamically tested. Unfortunately, not a single shot was fired – but that's yet to come.

Test conclusion on the new IPSC riflescope from Kahles

Despite the limited shooting possibilities due to the Corona pandemic, the Kahles K18i 1-8x24 passed the test brilliantly. A great optic, as the testers found, and with its small details it is just right for dynamic shooting.

You can find further information about Kahles riflescopes and other optics on the Kahles website.

Subscribe to the Newsletter
This article is also available in this language:
DE
Click here for more information on the topics:
KahlesRiflescopesOpticsSport Shooting
That might interest you too: kahles08/06/2022Travel and shoot: The Kahles Competition Tour also offers many exciting competition targets in 2022 – With video! 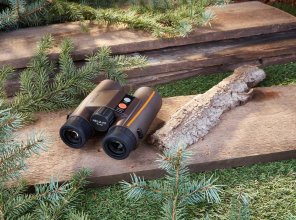 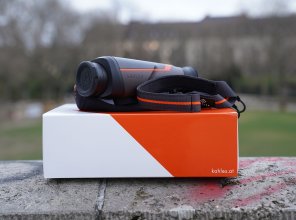 kahles07/20/2022Test: Kahles TI 35 handheld thermal imager, first choice for use in the field when it comes to ease of operation thanks to the clever Automaticlight function 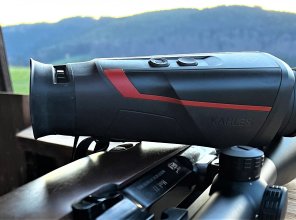 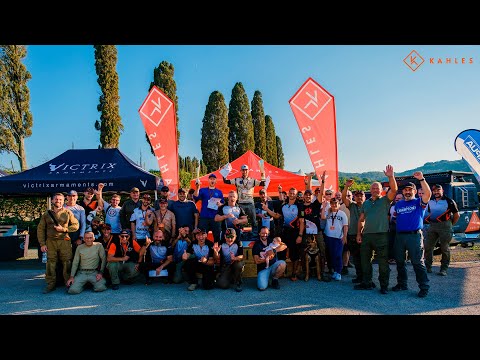 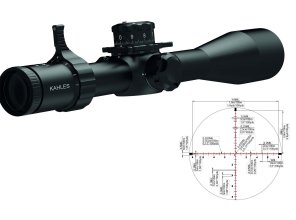 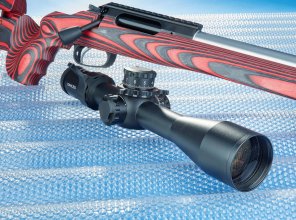 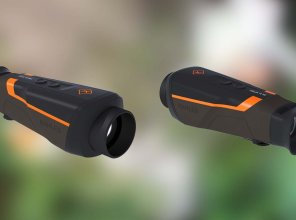